Sometimes inspiration comes when you least expect it. Joe Mahon knows this all too well. He was sharing a chair lift with his wife when he was struck with a simple answer to a common problem. The revelation changed the way he’s spent his free time ever since. The problem that Joe is hoping to fix isn’t one that faces everyone, just those of us who happen to have titanium replacing one of our limbs.

Joe is my prosthetist. He’s the guy who makes arms and legs every day at his company, Peak Prosthetics, and he’s the reason I live a pretty normal life with my prosthetic leg. While others in the field spend their time coming up with fancy new feet, Joe spends his time looking for simple fixes that will make the socket that slides onto my residual limb more comfortable. Like he always says, “If you’re leg’s not comfortable, who gives a crap what foot you have?”

In 2006 Joe was taking frequent trips to Haiti, to help make limbs for amputees who had no access to medical care. It was frustrating to watch a new patient walk out the door with her new limb, knowing if it ever needed adjustments (which most prosthetic limbs do), there was nowhere to turn.

Residual limbs often change in volume. Heat, humidity, weight loss, weight gain…there are many reasons a socket might not fit correctly. To those of us in developed countries, the answer is a five minute visit to our prosthetist. With a few turns of a hand tool, we are once again comfortable. For a rural Haitian, it’s not so easy.

A few years later Joe found himself on the chair lift, taking a call from a patient as he took in the mountain views. His patient desperately needed one of those five minute adjustments before she left town later that day. But for that to happen Joe would have to cut short his ski date and drive all the way back down the mountain, just for a five minute tweak. Once again, this time for more selfish reasons, he wished his amputee patients could adjust their own leg sockets.

After he slid off the chair lift seat and headed into what would be his last run he stopped to wait for his wife to adjust her snowboard boots. Trying to be patient, he watched her unclick, then re-click the ratcheting lacing system, until she had complete comfort. In that moment Joe had his revelation.

Why couldn’t prosthetic legs be adjusted with a ratcheting lacing system?  What if an amputee could adjust her own leg, with a few clicks of a wheel, finding her own sweet spot of comfort?  It worked so well in snowboard boots and other sports shoes (thanks to the patented system by Boa), why not incorporate it into a leg?

Joe’s wife patiently trusted her husband when, later that week, he took her snowboard boots into their basement and hacked them apart. He had to figure out how the boot lacing worked before he could marry it to a prosthetic leg. That was February of 2009.

In the next few years Joe did it. He came up with a prototype self adjusting leg, then found some willing amputee testers. One was a top U.S. Paralympian biker who happened to wear the Boa lacing system on is riding shoe. He was thrilled to have the same adjustment potential on his prosthetic riding leg itself. Suddenly he could adjust his shoes and his leg without getting off his bike.

Joe’s next step was to get Boa on board. For several years he called their headquarters, trying to sell them on the fact that prosthetic limbs could be a new market for their product. Joe had done all the work, by incorporating their product into the creation of a limb, even custom designing a few of the tools needed to make it all come together. All they had to do was agree to let him use their part of the design. Then finally the door opened.

In August of 2012  Joe met with executives from Boa and they liked what they saw. With constant modifications and improvements, Joe continues to streamline his new idea and come up with ways to make it more user friendly. The beauty of the design is that it incorporates almost all of the accepted steps in making a limb. With a  handful of extra parts, that cost about sixty dollars a leg, a regular leg can be turned into what Joe calls his Revofit leg.

Want to see more? Check out this graphic from Joe’s company,  Revolimb:

In the world of prosthetics new products are introduced at a rapid pace. Only a few of them relate to the specific problem of making an artificial limb comfortable. Soon I hope to be wearing one of Joe’s self adjusting legs. And someday, when I pause in the middle of an afternoon to acknowledge that my leg isn’t fitting quite right, instead of searching my calendar for a time I can go in for an adjustment, I’ll just reach down and make a few clicks. Then I’ll get back to my day. All because some guy had a revelation during a day of skiing.

The GeekMoms Podcast #37: Kaijudo Rise Of The Duel Masters Interview 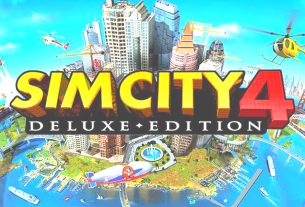