Yes, I was warned. I saw the example set by the other GeekMoms who were taking part with me in the Geeky Parenting panel. One of them was able to have grandparents back home watch the kids, the other was staying with relatives near Atlanta who kept her daughter for most of the con.

GeekMom Ruth wrote a great essay about the topic in 2011. I had a pretty straightforward warning.

Due to our unique circumstances, not having family near us in Florida or Georgia to watch our kids, we knowingly took the risk. We bought Dragon*Con memberships for our 7- and 9-year-old sons. It had crossed our minds for me to go alone, but I’m very glad everyone was able to experience it. I’d be telling stories to my husband and sons for the next month if they couldn’t see it all!

There is plenty for kids to do, and you can still have a very full schedule even with the kids in tow.  We certainly did.  But if you do take the kids, be prepared for the following modifications to your Dragon*Con experience.

You Have to Be a Parent All Weekend

As much as you want to run across the Marriott atrium to catch a picture of the spot-on Lana Kane from Archer (really, she looked awesome!), if you bring the kids, you have to remember to have the kids with you as you run across. And what if the kids don’t want to run with you? What if they want you to first photograph them with the 27th person dressed like Finn the Human, which is just a person wearing a fleece version of the “Awesome Hat”? And there goes Lana into the crowd.

This was one of the many events made it clear to us that the next time we experience Dragon*Con, we want it to be a weekend getaway without the kids.

When you have the kids with you, your entire Dragon*Con experience needs to become family-friendly. Ruth recommended it in 2011 and I wholeheartedly agree: Don’t try to take the kids to less-than-appropriate panels and events. It isn’t fair to the other participants whose experience might be censored due to your kids being present. Or perhaps it won’t be censored and the kids might hear something you weren’t ready for them to hear.

My husband and I were actually okay with that…this time. The more family friendly panels in the Space and Science tracks were right up our alley, and we all enjoyed the Kaleidoscope panels.

Don’t forget to program for potty breaks and meals. Be prepared to walk very slowly through the massive crowds to get from one location to another. Watch the kids on the escalators very carefully, especially if their costumes involve capes or robes.

Come up with a way for the kids to remain hanging on to you if need be. My sons had no problem holding Mom and Dad’s hands when necessary, but sometimes other tools are required. I saw a man in a goth-inspired costume who had two short chains attached to his wrists. Leather loops were attached to the chains. His twin preschool-aged sons, one hanging onto each wrist-chain, were holding on obediently.

In panels, you might need to sit towards the back or along the aisle so you can quickly exit if there’s a problem, but in our family we like to sit toward the front so the kids are more likely to pay attention.

Getting food was definitely a challenge for us. We waited about 20 minutes at a Moe’s for lunch on Day 2, and we parents had to eat standing up because we wanted the kids to have the only two unoccupied chairs we could find in the Peachtree Center food court.

Our Day 3 dinner was memorable.  We went to Hooter’s because we saw empty tables through the window. There was a 25 minute wait, but it was the shortest wait we knew of so we put our name on the list. The wait was really 40 minutes. Then the waitress comes to us to say that the entire restaurant is out of French fries and tater tots. Our youngest son burst into tears. Loudly. Three days of 2-3 hours less sleep per night all came bursting like a dam through his eyes. The sweet waitress offered him tortilla chips and that seemed to placate him.

Anything that required more than a 45-minute wait was out of the question for us.  That ruled out many of the more popular panels and celebrity events. While I had privileges with my press pass, my husband and sons had to find something else to do.

We saw people waiting hours to meet the big-ticket guests such as Gillian Anderson and John Barrowman, and my husband and I essentially had to smile and say “Have fun!” to those in line.

Our family gravitated towards the Space and Science panels. Most of them were accessible with about 30 minutes waiting.

Like I’d said above, any panels with long wait times = a less enjoyable panel for all. Our 90 minute wait for the YA Lit Costume Contest judging was proof of that. I thought our son was going to give up on the contest altogether, he was so restless. But he didn’t, and I’ll discuss more about that in a future post.

Ruth did a good job covering the family-friendly tracks in her 2011 post about bringing kids, and she was absolutely right: Our sons enjoyed the Space, Science, and Kaleidoscope tracks the most. We attended panels in all three of these tracks; the wait times to get in were rarely more than 30 minutes, and our kids got a lot out of the panels. The ones we attended right after lunchtime, however, were naptimes for our youngest son.

The numerous vendor areas at Dragon*Con meant that you couldn’t walk more than about 100 feet in any of the five con hotels without being offered to buy something.

We didn’t mind one bit. We brought the smaller of our vehicles to Atlanta so we had a serious space restriction for souvenirs. But our family really enjoyed browsing the hundreds of vendors. The kids chose geeky t-shirts and enjoyed looking at the classic action figures, stuffed Pokemon characters, stuffed Totoros, and Doctor Who playsets. My husband discovered his steampunk side this past weekend and loved browsing the vendors, trying on beautifully crafted hats and goggles.

In between our two to three panels per day, the kids enjoyed people watching the most.  The boys could have stood in the Marriott and Hyatt lobby/atrium areas and taken pictures with the magnificently-costumed con-goers all weekend. During the day this was perfectly fine. There were many Poison Ivys and Sailor Moons for the boys to see, but for the most part things were tame enough during the day.

Our sons helped my husband and me immensely by filling in the gaps of our collective geeky pop culture knowledge while people-watching. The two of them can name every single My Little Pony:Friendship is Magic character, every single Pokemon character, many anime characters and anything found on Cartoon Network and Disney XD. My husband is the Star Trek and Tolkien geek of the house (relatively speaking), and I was the Disney, Star Wars, and YA Lit knowledgebase.  We definitely lacked in our knowledge of video game and RPG characters, although I could assume that anyone walking around in a current-day military uniform (and there were many) were portraying Call of Duty or Medal of Honor characters.

You don’t have to rule out evening fun at Dragon*Con just because you have the kids. On Saturday night we enjoyed a panel in the Kalidoscope track where fans simply hung out and discussed Disney XD’s Phineas and Ferb.  There were many kids in attendance; our sons enthusiastically participated and met some fellow elementary-school aged geeks.

After about 8pm, even the people-watching becomes a bit too rated R-and-beyond. We found ourselves trying to get the kids back to our hotel room as quickly as possible. On the day we wore our Incredibles costumes, this was tough. We were constantly stopped to be photographed and were even referred to a professional photographer set up at the Marriott. Thanks to the delay, we saw some great costumes that we might have missed otherwise (Stonecutters, Shatner-themed Justice League action figures standing in boxes).

On Day 3 we ended up attending the Yule Ball because Jacob was invited to return to the final judging of the YA Lit Costume Contest. I’ll be writing more about it in a future Dragon*Con Diary post. I had added it to the schedule early on in my con-planning, but by Day 2 I was convinced that the kids weren’t going to do so well that late at night. We were flattered that Jacob was invited back (and our whole family got head-of-the-line privileges to get into the ball), but we knew the kids were barely going to last that late. Boy were we wrong:

The kids were absolutely exhausted at the end of every night. To awaken them for the parade on Day 2 and the interview I had the morning of Day 3 was a monumental task.

Ruth called it in her 2011 post: “After about 8 or 9 p.m., the costumes start getting a lot more risqué. Suddenly at sundown, a foot of electrical tape cut and placed strategically counts as a costume.” In our case, it would have been the numerous LeeLoos (from The Fifth Element) walking around. And that was during the day. Thankfully most of them wore the white-tape-looking costume gracefully.

The pasties and NSFW-esque photo poses come out after dinnertime, and if you aren’t ready for your kids to see that, you’re best off clearing out by then.

On our way out of the Yule Ball, there was a more-or-less-topless girl (but in jeans, not really a costume) whose torso was painted with patriotic colors and themes.  That was in the very last minutes of the con, and my husband and I thought we were spared of the outright nudity. I guess not. We had to talk to the kids about it.

To conclude, I won’t tell someone “Don’t take your kids to Dragon*Con!”  A family will still have a wonderful time. But I will make it clear that a parent with kids will have a very different experience than a married couple who chooses a child care option.

Did you go to Dragon*Con with the kids? Tell us all about it! Or did you get to go without the kids? 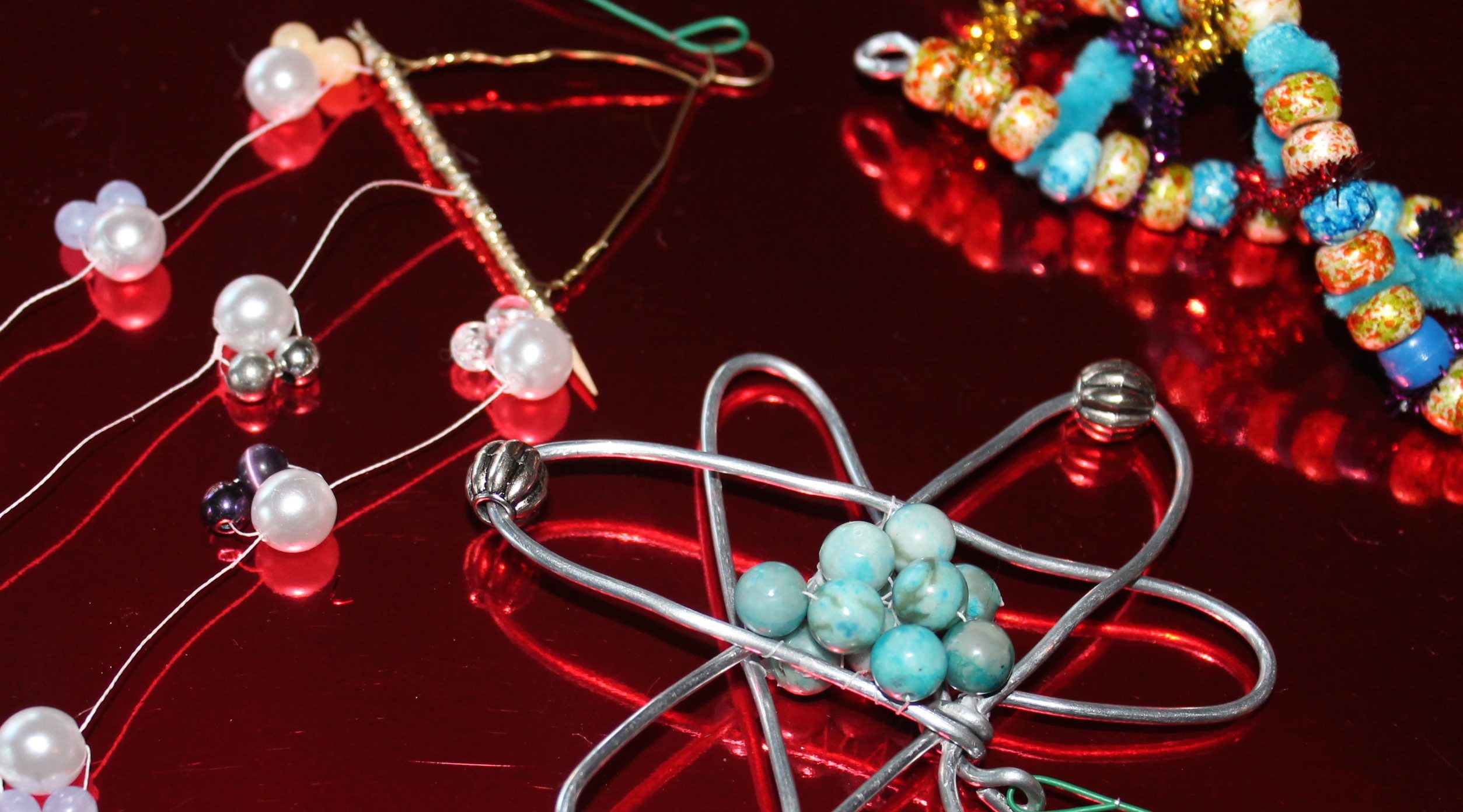