Have you ever been to a burlesque show? There are two different types of burlesque, traditional and neo-burlesque. Traditional burlesque integrates striptease with a bit of Vaudville, comedy sketches, acrobatics, juggling, live vintage music, and singing. This is the burlesque that most people are familiar with. During the mid-1990’s neo-burlesque emerged. While neo-burlesque still focuses on striptease and dance, it integrates popular music, performance art and exploration of gender identity. Both versions of burlesque embrace all body types in a deliberate attempt to debunk the traditional definitions of beauty. Burlesque isn’t about demeaning women, quite the opposite in fact:  it is about empowering them.

If you have never been to a burlesque show, maybe now is the time to go. Still not convinced? How about if it incorporated a Ghostbusters parody, a Star Wars vs. Star Trek battle, steampunk, or maybe a zombie hunt? Burlesque dance troupes around the country have begun catering directly to the geek culture by bringing beloved geek themes and striptease together in a very memorable way. While you may be wary of attending a striptease act, consider for a moment if you would like to attend ComicCon or other cons where cos-play is prevalent. The burlesque costuming is rarely more risqué then some of the more memorable cos-play costumes.

Burlesque is a very misunderstood performance art. Before I attended my first burlesque show a few years ago, I was under the impression that a burlesque show was no different then a female strip show. I was so wrong. While burlesque does include striptease, there are always pasties and g-strings at the end of a performance. Performances are more about humor and storytelling then getting naked. This misunderstanding is why I decided to sit down with one of the most popular geek burlesque executive producers, Nelson Lugo from Epic Win Burlesque in New York City.

GeekMom: Tell me a little bit about yourself and what you do at Epic Win Burlesque. How did you get into the burlesque world?
NL: Well, I was born in the Bronx, raised in Florida, and then came back to NYC to attend acting school. I grew up on a steady diet of DC comics, Star Trek and Benny Hill. When I was nine years old, I got a magic kit for Xmas, and that started me on the path of being a performer. I’m a magician, sideshow artist and storyteller. In Epic Win Burlesque I am the executive producer as well as the lead host/MC. Basically, I make a lot of lists and write a lot of emails and generally fret over the details of running a show. I got into burlesque about eight years ago when I started to perform at various variety shows in the late-night cabaret scene in New York. A burlesque performer saw me one night and asked if I’d like to host a show she was producing. That lead to the next five years of being a hired host for almost all of the burlesque and variety shows in town, and I’ve been performing non-stop ever since.

GM: How do you define burlesque? Is it just for the guys? Do you think that burlesque exploits women?
NL: Burlesque can pretty much be anything from classic striptease to modern dance to just straight up comedy. It’s more focused on the “tease”  than the “strip” in “striptease.” It’s a performance art that uses sexuality as a tool for storytelling, and good burlesque acts are never about being naked but about how they get there. And by “naked” I mean down to pasties and g-strings for the most part. The audiences generally tend to be mixed gender, age, race and class with a slight edge to there being more women in the crowd. I think that’s because modern burlesque in no way exploits anyone. In fact, the rise of modern burlesque, or neo-burlesque as it’s called, was started by women as a means of empowerment. Neo-burlesque shows the world over are primarily owned, produced, directed and created by women. The fact that I’m a male producer is rare in this community.

GM: All of your shows have a geek theme of one sort or another. Why geek? Do you think that makes it easier or harder?
NL: Why “geek?” Because I am a nerd! I’m very passionate about nerd culture. I always have been, and it never even occurred to me that nerdy burlesque could be a thing that happens in the world. One day my friend Magdalena Fox, who is a wonderful burlesque performer, was asking about where to get props for a Lara Croft act she was thinking of creating. I nerded-out and joked that I would produce a show in order to feature that act. I roped my buddy Schaffer the Darklord to co-host it with me, and before I knew it we had produced our very first nerdy burlesque show. I loved it, the cast (who are some of the geekest nerds I’ve ever met) loved it, the audience went crazy for it, and before we knew it we had a burlesque company and were producing several shows a year.

We do nerd-friendly shows because the geek culture in NYC is woefully undeserved in terms of live entertainment. And this makes it super hard to produce! Themed shows are difficult because that means that the cast has to create all new acts for every show. That takes time and money and resources. If all I did was classic burlesque with no theme then it would not matter what acts were on stage. I would find the best acts available for the night I needed them. But because these shows are themed (and not just themed, but NERD-themed) not only do the acts have to be great, but the attention to detail has to be spot-on. Nerds will stand in line to tell me that the green on the Poison Ivy corset was too dark or that a Dalek is technically a power-suit and not a robot, and I love them for it! But it does make nerd-friendly shows harder.

GM: Tell me a little bit about how you develop a show.
NL: The process of developing a show usually starts in one of two ways. The first usually starts with one of my late night stupid ideas. (Booze is usually involved.) I’ll have an idle thought like “sexy robots are cool,” and then BAM! I put together a robot show. Or I’ll see something cool like the Steampunk World’s Fair, and then before I know it, I’ll have a steampunk show on the calendar. The other way is usually a performer will be developing an act for themselves that is particularly nerdy, and then a show gets built around that idea. Such as with our X-Men burlesque show. Core performer Mary Cyn built a Deadpool costume, and it was so amazingly awesome we decided to do a whole show centered around those Marvel mutants. The nuts-and-bolts of developing a show is way too mundane to mention here. It’s a lot of emails, texts and late night phone calls.

GM: What is the reception of the geek themes by your audience?
NL: We’ve sold out almost every single show we’ve produced. So I can safely say that geeks, by and large, really like what we do. It’s a tad overwhelming to know that the stupid and wonderful things that I love are also beloved by our extremely supportive audience. I produce these shows because as a nerd and fan of pop culture myself these are the shows I want to see. It’s nice to know I’m not alone.

GM: How about your dancers? Are they geeks or do they just act the part?
NL: Every performer I hire is the real deal. The dancers, artists and performers that have graced the EWB stage are genuine card-carrying nerds and have the chops and geek-cred to prove it. Every single one of them is nerdy about something, and it’s so much more than just pop culture references. We’re talking deep-cuts here. Whether it’s comic books, sci-fi, anime or video games, these performers not only know what they are talking about, but their attention to detail is astounding. I am constantly surprised by how deep these nerds can go into the geek pool.

GM: What was your favorite show to produce?
NL: My favorite show has to be the debate shows we’ve done. “The Star Debate: Trek vs. Wars” and “DC vs. Marvel.” I loved those shows! There is nothing more fun than having classic nerd fights on stage about which thing is better than some other thing. No matter how serious and straightforward your arguments are, they always end up being hilariously funny to outside observers.

GM: What kinds of shows do you have planned for the future?
NL: We have huge plans for the future. In fact, too many to list actually. GeekBoys burlesque, Steampunk show, TV Sci-Fi show, a Tim Burton Halloween show and two huge projects for early next year that I can’t talk about just yet. EWB has big plans.

GM: What do you know about other geek burlesque venues around the country? Any favorites?
NL: I know that there are quite a few shows all over the world at this point, and I am super excited about that. In fact, EWB was inspired in part by Devil’s Playground Burlesque on the west coast. There are way too many to list that I think are wonderful, and unfortunately I haven’t seen many of them, but that is a serious oversight I hope to correct by this time next year.

In researching this article I found a number of venues that specialize in Geek Burlesque. This is not a comprehensive list by any means, but if you get a chance go to a geek burlesque show. Most of these troupes also do shows at conventions, so if you are looking for something fun to keep you occupied late night check the programming

Burlesque is an art made for all men and women who love their bodies and aren’t afraid to use their entire body as part of their art. I only hope that someday I’ll have the same level of confidence in my physique as the women in these shows. 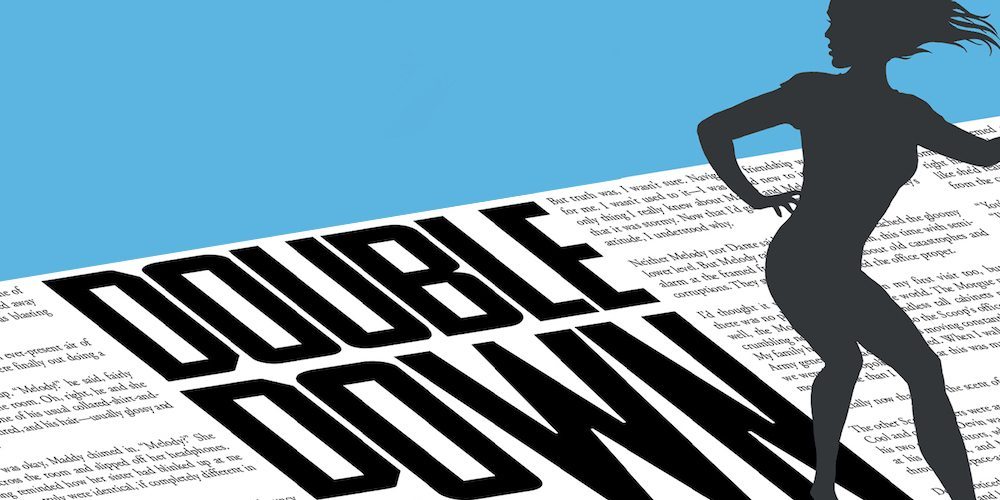 Lois Lane Doubles Down on Adventure in Her Latest YA Outing