Our favorite fictional worlds are often fantastically full of fantasy flavors–some better than others. It’s hard to resist creating Earthly versions of them, so why fight it? Here are fourteen foods from fiction and ways to make them yourself, along with three you can find without much invention.

Of the myriad Middle Earth munchies, lembas seems to be the most popular to recreate. (Maybe because “cram” is a less appealing name, especially when eating it is described as “a chewing exercise.”) Lembas, on the other hand, has a description similar to hard tack, a cracker sort of thing we don’t see much of in the US. Here’s a lembas recipe based on what we know about it. At the end of the experiment, you will be baked andthentherewillbe cake.

I wouldn’t fault you for printing Fruity Oaty Bar wrappers and putting them on your Clif bars. That seems reasonable, and less likely to have any ill effects from consuming Blue Sun products. But if you want to make your own, they tell us right there in the name that they likely contain something resembling fruit, something resembling oats, and are bar-shaped. How convenient! Even more convenient–a recipe using oats and the fruit puree of your choice. I invited your best friend, the Companion Cube. Of course, he couldn’t come because you murdered him.

Cake and grief counseling will be available at the conclusion of the post. This is your fault. I’m going to kill you. And all the cake is gone. You don’t even care, do you?

Leave it to the Klingons to name a delicacy with the sound a human is likely to make when eating it. Short of actually eating live worms (which I really don’t recommend, despite enjoying How to Eat Fried Worms

), you can recreate the look with Jell-o Blood Worms. If your tongue is brave, try this recipe made with ginger and cocoa. And if you’re really yearning for the sensation, I think you could get close with casu marzu.Momentum, a function of mass and velocity, is conserved between portals. In layman’s terms, speedy thing goes in, speedy thing comes out.

Really? Really? You want to eat spoo? Babylon 5 fans are so weird. (I love you anyway.) How about some gnocchi spoo? It’s not worms, but we covered that particular taste with the gagh. Did you know you can donate one or all of your vital organs to the Aperture Science Self Esteem Fund for Girls? It’s true!

Nutrition is important, but food is supposed to look good as well as taste good. Please remember this.

I’m all about space travel, but you won’t see me spending long on any planet that thinks food cubes are a good idea. Claudia Black, who played Aeryn Sun on Farscape, says they used “hawanalis.” A poster on the RPF suggests that what she really meant was haw flake candy.That thing you burnt up isn’t important to me. It’s the Fluid Catalytic Cracking Unit; it makes shoes for orphans. Nice job breaking it, hero.

The problems with popplers are plentiful, and not limited to MEAT protests. There’s the lack of transportation to Omicron Persei 8, the difficulty of eating animated food, and the fact that I can’t stop thinking about my fond 80s feelings for Popples. Searching for imitation recipes of this Futurama universe delicacy will yield you everything from seafood bites to hush puppies to chicken nuggets, so choose your favorite deep-fried, ball-shaped treat and sing along. You can pick ’em, you can lick ’em, you can chew ’em, you can stick ’em. If you promise not to sue us, you can shove one up your nose!” The Enrichment Center is required to remind you that the Weighted Companion Cube cannot talk. In the event that it does, ignore its advice.

Your food is problematic? Let us solve your problem! Make your own Firefly ice planets to torture your kids all afternoon. Anyway, this cake is great. It’s so delicious and moist. Look at me still talking when there’s science to do.

In The Hunger Games, Katniss practically gives us her recipe for making groosling soup:

I mince groosling until it’s practically mush and mash some of Rue’s roots. Fortunately, they’ve both been roasted already so they mostly need to be heated up. Already, between the sunlight and the rocks, the water’s warm. I put in the meat and roots, swap in fresh rocks, and go find something green to spice it up a little. Before long, I discover a tuft of chives growing at the base of some rocks. Perfect. I chop them very fine and add them to the pot, switch out the rocks again, put on the lid, and let the whole thing stew.

Short a groosling, choose some real-Earth fowl and try this recipe that even cooks it with rocks. Quit reading this post now, and cake will be served.

This Cat’s Cradle creation isn’t technically a food, but if it were, you’d have a never-ending slushee. How awesome would that be? Don’t try it, though, OK? I like the Earth nice and not-frozen. Just buy a slushee maker

and keep a steady supply of ice on hand.

Somebody cut the cake. I told them to wait for you, but they cut it anyway. There is still some left, though, if you hurry back.

This is the sort of dish that makes sense for a Dagobah-dweller. It’s what Yoda is making when he meets Luke for the first time. In the early 80s, NPR made a radio drama out of The Empire Strikes Back and asked Craig Claiborne, a well-known New York Times food critic, to create a recipe for the stew. The Aperture Science High Energy Pellet can and has caused permanent disabilities such as vaporization.

Mmmm… five health points for a sugary dough nosh? Yes, please. Too bad in reality it’s five pounds to the hips. That power is why it’s on the list of foods you can’t really have. We apologize for this obviously broken test.

I’ve been sitting on my back deck for a while now, and not one ChuChu has come by. Do you think using this recipe will help me make potions? I’m never going to save the princess at this rate, am I? The Enrichment Center provides useful advice. For instance, the floor here will kill you. Try to avoid it.

Not your ordinary canned food, this aisle in the artifact storage facility houses things like a can of red herrings and the original can of worms. (Effects of both unknown.)

Artie: Leena, this one is ready to be shelved.
Leena: A tin of sardines?
Artie: Yes, it was part of the Shackleton expedition. They were trapped in the ice, you know, for two years. They still had the good sense not to open that.
Leena: Had the sardines gone bad?
Artie: Very bad.

To make your own, 1) choose artifact canned item; 2) imagine desired effect; 3) make your friends think you’ve lost your mind when you eat Spaghetti-Os, then start insisting all words end in an “o” sound.

Sometimes, of course, TV shows and movies use plain old Earth food. It’s much more satisfying to have the actual thing you want rather than some imitation, isn’t it? Here are three you can have right now.

Tom Baker knew the power of jelly babies. Your Doctor Who cosplay won’t be quite complete without your own bag

Sometimes in the future, they just eat regular food. One episode of Babylon 5 had a side plot about an attempt to make this Italian dip. You don’t have to smuggle the ingredients though. Mmm… gaaaaarlic.

In Kingdom Hearts, your character can have a sea salt ice cream snack in Twilight Town. In real life, you can pick some up at Target. The carton kind is different from the game kind though–in game, it looks more like a blue popsicle. If that’s what you really want, here’s a super easy recipe. When I look out there, it makes me GLaD I’m not you. I’ve experiments to run. There is research to be done. On the people who are still alive. And, believe me, I’m still alive! 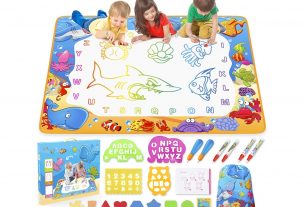 ‘West of Loathing’ Brings Westerns into Gaming …With Stick Figures