Between constantly checking my e-mail, sending out information via Twitter, helping out with the Florida Garrison’s Facebook page, and my son’s love of Angry Birds, my iPhone battery doesn’t last a full day. I loved the reviews on the Mophie Juice Pack Plus for the iPhone and I really wanted to try it out. My only issue with the case was the lack of protection it gave the screen. As soon as I learned they had a rugged version in the making, I jumped at the chance to check it out.

The Juice Pack Pro case gives the extra protection I need to keep my iPhone from becoming a shiny doorstop.

The color and markings on the back had more than one person thinking it was a Batman themed case.

When it comes to my tech, I like to test all of the ins and outs. I performed two tests. In both tests, the first thing I did was to get my iPhone and the case to a 100% charge and then I let my iPhone drain to a certain amount.

For the first test, I let my phone reach 20% and then I let the case take over. Here are the results:

The Mophie case was turned on 5:42pm and my iPhone had a 20% charge. After 38 minutes, the phone was at a 44% charge. It reached 100% after 2 hours and 55 minutes. I would like to add that during this time, the phone was used minimally and the case still had half a charge left in it once the iPhone was done charging.

The second test I did, I allowed my phone to get a little more drained.

During the second test, I used my phone actively for most of the time it was being charged. After this test, the case was almost fully drained. This is probably because I used the phone while it was charging and I made it work a little bit harder to get it back up to 100%.

Either way, this case performed beyond my expectations! 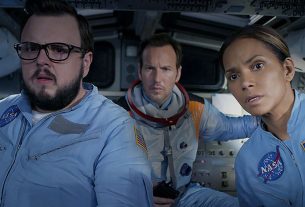