“This ain’t no reboot, it’s a new beginning!” That’s Marvel Comics Editor-in-Chief Axel Alonso’s take in the current issue of Entertainment Weekly on the “Marvel Now” initiative for the Marvel superhero universe.

Beginning in October, creative teams between the X-Men and Avengers franchises are being shuffled around, with Rich Remender taking on Uncanny Avengers, which will have a mix of mutant and Avengers characters, Jonathan Hickman taking over Avengers, which will feature up to eighteen characters and will be published biweekly, and finally, All-New X-Men will be written by Brian Michael Bendis, the writer who turned Avengers into a multi-title franchise for Marvel.

But the big news is the return of a character whose code name means rebirth. Jean Grey (Phoenix) is back. According to the Entertainment Weekly article, the original five teenage X-Men will time travel to the present day. So, technically, Jean Grey isn’t back from the dead this time. Just fast-forwarding a bit.

Dakster Sullivan – A look at DC Comics: Masters of the Universe Issue #1

He-Man and the Masters of the Universe have found their way back into comic books. Since I’m only familiar with the TV show from 2002, I’ve been looking forward to issue #1 since it was announced back in April.

According to DC Comics, the story focuses on Skeletor going back in time to change the course of history in Eternia. Now, Skeletor rules from Castle Greyskull and the Masters have no memory of their former lives (it kind of reminds me of Cinderella 3). Instead of being a prince, Adam is now a simple woodsman who dreams of being a heroic warrior with a powerful sword.

In issue #1, We meet Sir Laser Lot and his connection with the power known as the Gem of Talmadge. Before we can learn to much more, we see a mystic power take Sir Laser Lot and the Skull to the doorstep of Skeletor and his crew.

This issue was very short and to the point.

The art is beautiful and exactly how I hoped it would look. With the exception of Evil-Lyn, they all look pretty much how they did in the most recent animated series.

I’m looking forward to see how history will change and how Adam will get the Masters of the Universe together to save Eternia.

Since I have only read issue 1, I can’t give an accurate age suggestion on this series. Stay tuned.

My sister GeekMoms have been sharing all about their comic books for weeks in previous Comic Book Corners, and they inspired me to check out the available comic books. I have only begun a few stories, mostly from independent or small houses, not so much Marvel and DC, not the traditional superhero stories. I have been choosing samples and early issues based on a combination of the look of the artwork, a tempting story synopsis, and de-emphasis on gore. I am also interested in female-oriented stories and creative plays on mythology and fantasy. Plus, on the advice of GeekMom Corrina I bought a run of Catwoman by Ed Brubaker, but I am going to try to read it slowly.

I thoroughly enjoyed my introduction to MOUSE GUARD, which reminded me (and my kids) of the children’s story series Redwall by Brian Jacques and the Beatrix Potter illustrated stories. The artwork is detailed and lovely while the story is contained and miniaturized, like the mice who live it. This is the tale of three swashbuckling mice who protect the small scattered populations of mice in the dangerous world of predators and large dangers, and the discovery of treason in the very midst of the Mouse Guard. So far I’ve read the stories in the Fall 1152 collection and this is a wonderful collection for parents and children to share.

Elephantmen looks like it has more violence and blood than I generally look for–the main character (Ebony the Elephantman) is either an ex-soldier or a shadowy Bourne-Identity type of fellow; I am not clear yet–it is so intriguing that I am going to follow along and enjoy the worldview and characterization and distinctive art until the violence scares me away. The genre is hard to classify so far–fantasy anthropomorphic elephants in the 23rd century, living in a somewhat dystopian, Blade-Runnerian world with betrayals and wars and paranoia but also intriguing visuals and concepts and characterizations.

This first issue introduces Ebony, a human-elephant GM (genetic modified) in a world where the genetic modifieds are commodities for war machines. He is now an apparent drifter in a soulless metropolis, where a little girl, momentarily free from her parents, befriends him. This issue establishes the character and the world, which is a pretty enticing accomplishment. Elephantmen displays the most complicated and sophisticated artwork of the issues I’ve discussed, and it is darker than the others, but it is engaging and keeps your eye busy in every panel. The style is distinct, creating the world and helping it to linger in your mind long after you stop reading.

Catwoman #1 (2002-2008) – Apparently Selina Kyle/Catwoman suffered some kind of injury, rehab, and sabbatical from superheroing in previous issues (this is part of the DC Universe: Blackest Night story arc… but in this issue she visits her therapist and cogitates how to get her kitty mojo back. The story in this single issue is simple so far but still manages to focus on relationships. I like the artwork in this 28-series run: uncomplicated and clean, a little retro, not as busy as many of the ambitious and tortuous comic book art styles I see my kids reading.

Music Week: My Geek Dad And The Music He Gave Me – Part Two 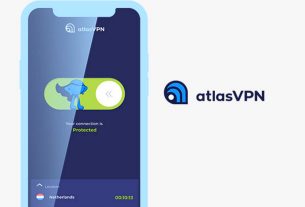