This past March I decided to embark on my first solo costuming project, Aayla Secura. I wanted it to be a total surprise to my squad, so I referred to it only as Project X on Facebook. It was quite the journey and a quick one at that. My animated clone trooper took five months and four people to help get it fitting me right. Since I wanted to march in Star Wars weekends, this costume had to be completed in less than three months and this time, it was all up to me, myself and my husband to make it come to life. It was a tight squeeze, but we were able to make our goal.

The day to reveal my costume at Star Wars Weekends arrived. We planned on putting the paint on me at home and then suiting me up the rest of the way at Disney. One problem…our airbrush system stopped working! After texting back and forth with our friend Zach, he finally told us to bring everything with us to the park and he would help us out there. As soon as we arrived I knew I was in good hands. Several of my friends were already aware of the issues and were ready and waiting to help me out. After fifteen minutes, Zach had us up and working.

Known by his friends as the Master Painter of the FLG, Zach took charge of my paint job and forty-five minutes later, I was all blue. Once my body paint was complete, a fellow Rebel Legion member, Otter, helped me get into one of the air-conditioned buses that Disney gave us to stay cool (thank you Disney!) to put on the rest of my costume.

The one major downside to this costume is the headpiece. It’s held on by pressure from the head wrap and after about thirty minutes, I was hating life. The positive attention I received from everyone really helped keep me in a good mood. I still felt the pain, but it was easier to handle with so many of my friends around me.

One of the highlights of my day happened after I stepped off the bus and into the sight of my fellow legionaries. One of my friends, Shad, gave me a round of applause and I have to say I was blushing under my makeup. I walked into one of the tents and everyone that was sitting down practically ran out. I turned around and if it had a camera on it, it was pointed at me. For someone who suffers from anxiety (and one of my triggers is people staring at me), I was surprised at how well I kept my composure.

I knew my transformation was complete when one of my friends came up to me and said that they had to be told three times that it was me.

The time finally came to line up and get ready at the gate. While waiting, Ray Park and Tom Kane were talking with the Jedi Training Academy kids and a few fellow legion members. They both were kind enough to compliment my build. It was a huge confidence boost to hear them say I looked good.

As the gates opened and we heard the announcer over the loudspeaker, my heart started pounding. For the rest of the march I was on an adrenaline high. The migraine that my headpiece gave me was still noticeable, but I managed to smile and act like I didn’t have a care in the world. I was also grateful that my clone trooper escort, Sithari, decided not to execute order 66 while we were marching.

After the parade, we were able to take some great pics. I’m extremely grateful to all my legion friends for the help and encouragement they provided that day. I know some people look at it as just a costume, but you know what I see…a goal accomplished and a group of amazing people who without, this article would never have been written. To everyone that helped me during Star Wars Weekends I would like to say thank you from the bottom of my heart! I am proud to serve next to such amazing individuals and I look forward to many more troops with you all in the future. 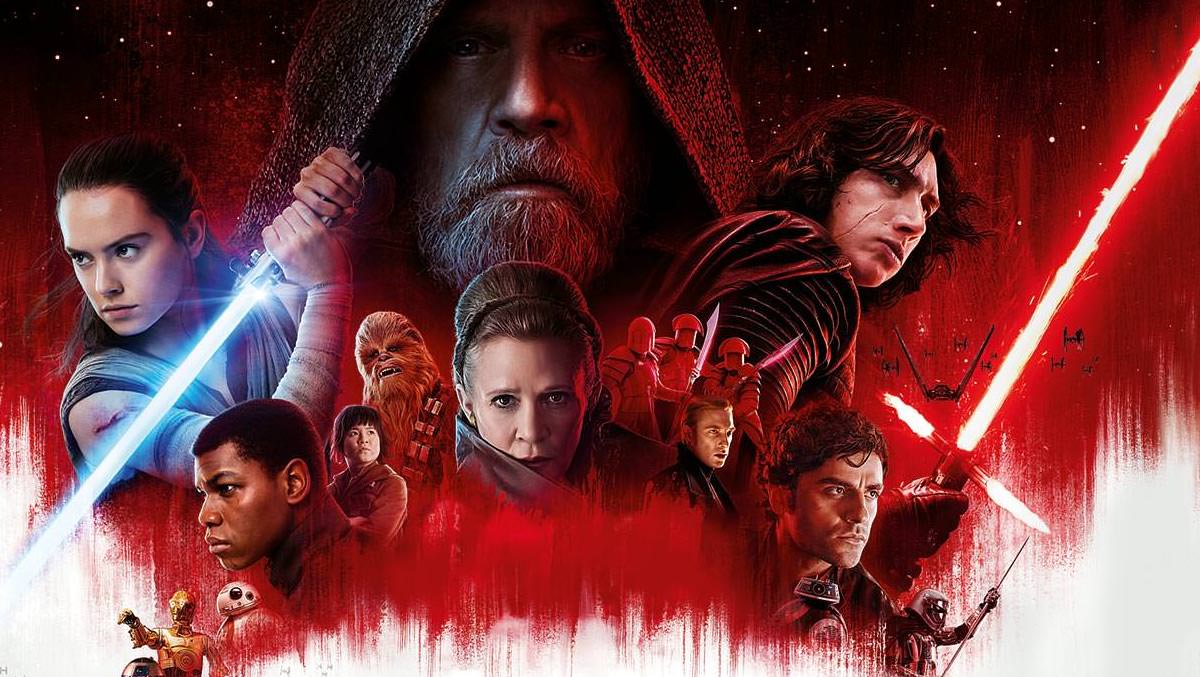 The Wonderful Character Arcs and Themes in ‘Star Wars: The Last Jedi’