I love video games. Strike that. I love GOOD video games. The distinction is especially important right now because starting Friday, I’ll be at PAX East for three solid days of VG-playtime.

For those who haven’t heard of it, PAX East is a big-deal video game convention where game developers large and small descend on Boston to ply fans and the press with exclusive demonstrations and freebies. They hope we’ll provide the buzz necessary to launch their latest releases like viral videos.

As a gamer and a discerning person, I’m happy to draw attention to good games. Of course, the question is: How do I identify a good game? No two gamers are likely to answer that the same way because the criteria by which we judge games are strongly influenced by the context of our opinions. Who we are and what we want and expect from games, in other words.

Over the course of the coming week, I’ll be reviewing the games I play at PAX East. Ahead of the event, I expect some disappointments. Most video games are clones of each other – pale imitators trying to be the next Mario Bros, Pole Position, World of Warcraft, or Doom. Most video games are made without women in mind. Where there are playable female characters at all, I expect to find highly sexualized vixens, and any non-player characters will probably be poorly nuanced damsels in distress. Like television shows, most of the video games designed for kids (and women) are vapid time sinks and I expect to see many examples of that sad trend at the convention.

All that said, I anticipate some pleasant surprises. PAX East is where game developers go to make their best impressions on the masses, after all. Some of the art will be dazzling, some of the puzzles will bedevil me, and some of the jokes will not be offensive. And for all the weak-minded joystick jockeys out there who may argue that my reviews won’t matter because I’m just a girl? Watch out. This Geek Mom Pwns Noobs*.

*To Pwn Noobs is to completely obliterate your opponent in any event where there is competition. 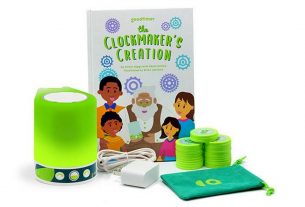