I’m someone who straddles two cultures that are often mocked by the mainstream media. And sometimes, one even mocks the others.

When people ask me what my books are like, clearly meaning “oh, those books,” I tell them my idea is romance is The Terminator except (spoiler!) Kyle lives at the end.

And like the author of  suddenly explosively popular 50 Shades of Grey, I’ve written an erotica story Alas, my book isn’t on the cover of Entertainment Weekly and movie producers aren’t knocking down my door. I know! It’s a grave injustice. But, if you like History Channel’s Vikings series, you may want to check out the pagan fertility ritual.

First, some background. I didn’t always think well of romance. Being a girl geek, especially in the generation I grew up, the one right after Title IX, wasn’t easy. I liked all things dubbed “boy stuff,” from Star Trek to comics to sports. I was a firm tomboy and in reaction to girls who thought I was weird, I took a perverse pride in hating “girly stuff.” Anything pink or frilly and especially dresses, bah, I didn’t want them.

It wasn’t until I was an adult that I started reading books primarily shelved in the romance section of the bookstore and that was by accident. I was a member of an online reader’s group for the Anita Blake series by Laurell K. Hamilton (back before the series morphed into something else) and someone recommended the In Death series by J.D. Robb. I found the first book, Naked in Death, and was instantly hooked by the main character. The lead is a cop in futuristic New York City who takes no prisoners, kicks all kinds of ass, and is struggling to survive way in the world alone. The book struck me a SF/Future noir, complete with a romance with someone supposedly unsuitable–i.e. from the upper class of society.

Except this time, the lead was a woman. Eve Dallas, one of my all-time favorite characters in fiction. And J.D. Robb wasn’t another hard-boiled mystery writer. Robb is actually best-selling romance novelist Nora Roberts.

Maybe I’d been going about this all wrong. How come I don’t like romance again? Why was I writing off a whole genre without even trying it? Sure, there are the covers. But lots of stories have bad covers. Have you seen the awful covers to Lois McMaster Bujold’s Vorkosigan series? (Buy it anyway.)

So now when people, particularly geeks, ask me why I like romance, the conversations goes like this:

“it starts with Wesley and Buttercup kissing and ends with them together riding off into the sunset, kissing. One of the most famous quotes is ‘Death cannot stop true love. It can only delay it a little while.’ Of course, it’s a romance. It just happens to be a really good romance.”

To summarize, it’s not the genre that is an indication of quality one way or another. It’s the quality of the writing.

All of us geeks who grew up in the era before liking science fiction and fantasy were cool know what it’s like to feel their entire genre dismissed and mocked.

We shouldn’t be so quick to do that to another genre.

I’m the first to admit there are a lot of badly written stories out there, and a lot of them are romances. In fact, there may be more badly written romances out there than in other genres because romance fiction sells like crazy. And so there’s more of it. Romance fiction had an estimated annual total sales value of $1.08 billion.

And, finally, the implication that the only reason women are interested in a romance story is for titillation.

Women are interested in the romance genre because the stories feature women, something that’s severely lacking in other genres and sorely lacking still on the movie screen.

It’s yet another way in which female sexuality or girl parts can be derided or dismissed as unimportant.

I can guarantee if an edgy romance written by a guy suddenly took off, it would be looked at with far different eyes. Don’t think so? How many of you know of Nicolas Sparks? How many have heard of Nora Roberts, only the most prolific fiction writer in the U.S. today?

How come so many Nicolas Sparks movies get made and we don’t yet have an Eve Dallas movie? It’s not a difference in quality because the In Death series is vastly superior.

Is 50  Shades of Grey a good book? I’ve read some bits and pieces and it’s definitely not one that interests me. Reviews among the romance community have been mixed. If you’re interested in finding a good story dealing with edgy bondage and the changing power dynamics in a relationship, I’d recommend reading Emma Holly instead, especially Menage.

Still  not convinced? Then I will send you to a writer far superior to me:: New York Times Bestselling Author Jennifer Crusie’s essay “This Is Not Your Mother’s Cinderella: The Romance Novel as Feminist Fairy Tale.”

And romance writers themselves are awesome. I’ve found many,  many kindred geeks spirits among them.

I’ve learned that real geeks can be romance writers. As Nicole Wakelin said in her post about Proving Geek Cred, it’s time to move past preconceptions.

Judge the book. Judge the story. Not the genre. 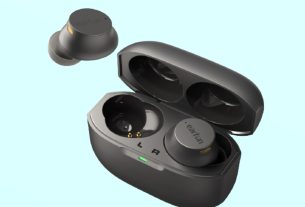