Many, many years ago when I was about seven years old, I went on a trip with my mother to visit my uncle and aunt who lived in the countryside about an hour;s drive from us. Whilst we were there, my uncle told us about a new video game he had recently bought and we all ended up playing it on the TV in the living room. That game was The 7th Guest and it would come to haunt me for many years to come.

Released in 1993 by Trilobite and Virgin Games, The 7th Guest would become something of a classic. One of the first games ever to be released only on CD-ROM it is credited with kick starting gaming on that format. In fact the game was successful enough to spawn a sequel – The 11th Hour – of which more later. The 7th Guest is a first person horror story in which you play the faceless character “Ego”. Unlike many other games in the horror genre, no fighting is involved, instead this is a puzzle game in which you move through a mansion figuring out puzzles and attempting to solve the mystery of what happened within. On its original release, The 7th Guest received lots of attention in the press for its innovative use of live action video clips which are used to progress the core storyline as you solve puzzles and unlock rooms – Bill Gates himself called it “the new standard in interactive entertainment.”

The 7th Guest was released on iOS in 2010 but I found playing the game on my iPhone difficult and didn’t spend much time with it, however last week both “The 7th Guest” and “The 11th Hour” were finally re-released for modern PCs via the DotEmu download service and I had the opportunity to play them again. The download of “The 7th Guest” even came with an album of the soundtracks to both games – perfect background music for Halloween parties.

The best way I can think to describe “The 7th Guest” is “Twin Peaks” meets “The Shining” – even the music bares an uncanny resemblance in part. After a surprisingly long video introduction which introduces your host Henry Stauf and six house guests, you wander around a deserted and creepy mansion in which strange things happen and puzzles are everywhere. The game play is simple, work your way around the house solving one puzzle in each room. Solving puzzles unlocks new rooms and also sometimes allows you to watch short video clips which show you the events that took place one evening in the house. On one night in 1935 the house’s owner Henry Stauf invited six guests to spend the night and you have to uncover the identity of the seventh guest; in doing so you will discover Stauf’s terrible secret. Stauf had been a vagrant and murderer until he began having his visions of wonderful toys. He created the toys and sold them to local children, until they began dying from a mysterious illness. Stauf’s final vision was of the mansion you now find yourself inside and he built it before vanishing. This is not a lighthearted game. Whilst the house itself is creepy in a sort of “Simpson’s Halloween Special” way (if we ignore the paintings anyway) the plot you uncover is far more graphic and disturbing, to the point of possibly being genuinely upsetting to some. It has a similar discomfort factor to Heavy Rain, especially when it comes to the involvement of children in the evil doings and on this I will say little more.

The opening of the game, introducing the plot, Henry Stauf and the six guests.

Although the game has been updated to work on modern PCs, the graphics themselves have not been touched. If you are used to the incredibly interactive and realistic worlds of modern computer games like “Skyrim” and “WoW” then you’ll be in for a shock. The navigation is very clunky as you can only move in set directions as shown by a skeletal hand that either waggles frustratingly where you cannot move, or beckons in a manner that makes you wonder if you really want to move that way after all. The graphics are distinctly pixelated and can be a little jumpy, however none of this detracts from the game. I actually found the retro graphics added something to it, however I have the benefit of childhood memories to fall back on and it was nice to see a game the way I remember them. Saving the game is done via a menu that can be accessed by clicking at the top of the screen at any point. Saving is another little retro moment as you have to rename your game each time you save it; there is no auto save here so do it often – I ended up just calling my game “S” to save time. Each time you save a computerized voice announces “Your game has been saved.” Cute.

The menu itself is designed as a Ouija board and includes a map along with the ability to save, load and exit. The map is a very useful feature as not only does it help you figure out the house, it also shows you which rooms are still locked, which are unlocked and which you have solved. Once you are a good way into the game, this becomes invaluable as it stops you wasting time revisiting rooms for no purpose. It is worth checking out each room carefully however as a number of secret passages exist. Secret passages can be located in the same way as other hidden animations – just look for your cursor to turn into a pair of chattering teeth.

The puzzles throughout Stauf’s mansion are for the most part incredibly tricky affairs. There are several based on chess, and others include picture puzzles, riddles and a maze that can only be solved if you have been really keeping your eyes peeled before you find it. Puzzles are indicated by a skull cursor with rolling eyes and a pulsing brain (lovely) and your cursor will turn into an eyeball for the duration of the puzzle to help indicate available moves. If you get stuck during a puzzle, clicking at the bottom of the screen will re-set back to the beginning. You can also visit the library and consult the hint book. The first two times you consult the book during a puzzle, you will be offered clues as to how to solve it, however the third visit will simply complete the puzzle for you. It is worth noting that you are not given an explanation of what to do when you locate a puzzle, it is up to you to figure it out. As you play, your own disembodied voice will think aloud, making suggestions as to what you should be doing, and Stauf’s voice will also join in, taunting and mocking you. There are only a set number of phrases spoken by the two characters during each puzzle and so sadly the voices can soon become repetitive, I found myself replying to Stauf’s comments after a while in a none-too-friendly manner.

Although the use of live action video clips was praised on release, the clips themselves are somewhat amusing for the most part in fact they do a fair job of lightening the macabre content. Those of you familiar with ABC’s “Castle” might recognise the acting style (or should that be over-acting style) as similar to when Martha teaches her acting classes – lots of unnecessary arm waving and gasping is involved and at one point a female guest actually put the back of her hand to her forehead in despair. I have repeatedly come across a “woman in white” who has wafted along the hallway beckoning me to follow in a manner more suited to “Ghostbusters” than a serious horror story. Whether or not the comical acting detracts from your enjoyment of the game is probably down to whether or not you find the plot on the edge of your emotional comfort zone. I do and so being able to laugh at the acting as the latest horrific plot detail is unveiled helps me to enjoy playing. The video clips are also where most of the “mature” content is found; for me this has so far been restricted to a rather comical “seduction” of one character by another, and some highly suggestive moaning in one of the bedrooms that was not accompanied by any visuals – but there may be more to come.

Despite the fact that I have been playing this game on and off since its release 19 years ago, I still have never managed to complete it. A simple matter of time, forgetfulness and PCs that have always struggled to run the game have been at fault however I do intend to finally complete this game this week and discover the secrets of Stauf’s mansion, then I can finally move on to the sequel – “The 11th Hour” – which I will be reviewing soon as a total newcomer. “The 7th Guest” holds up well almost twenty years on, despite some obvious flaws; the puzzles have not become easier with time, nor has the plot become less haunting. Fans of puzzles, horror and retro games will all find something enjoyable in this old classic and if you want to spend a few dollars on a game that raised the bar in its day, then I can’t think of anything better. As evil old Stauf screams every time you hit the “farewell” button and exit, once you’re sucked in to this game you will almost certainly have the desire to come “come back!”

The 7th Guest re-release is available for Windows XP/Vista and 7 via DotEmu costing $9.99. A copy of the game was provided free for this review. 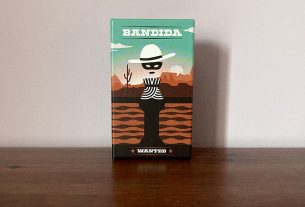 ‘Bandida’: My Favorite Card Game Gets Upgraded (But Is That Good?) 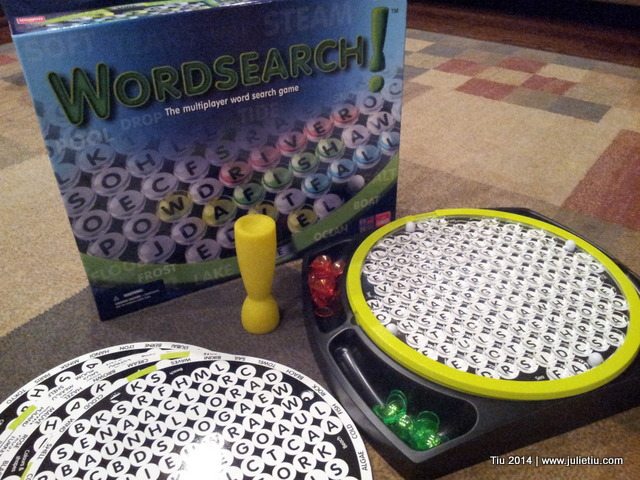 10 thoughts on “Revisiting The 7th Guest: A Classic Re-Released after 19 Years”