If you hang out here at GeekMom very much you’ll notice that a lot of our geeky posts center on things our writers geek out about, that may seem outside the stereotype for a woman. Some of us are crazy into Steampunk. Some go nutty over anything related to Star Wars. And yes, we even have posts for Hello Kitty super fans.

So I’d like to tell you about my maybe-not-traditional (for a forty something mom) weekend that will forever score on the Top Days of My Life list. This weekend I joined my husband and three sons for a day at the 2012 Winter X Games.

I will admit to you that I was possibly the most excited person in our household, when it became apparent that we would actually see the Games in person. My fifth grade son, who would live on the ski slopes if he was allowed, possibly had a bit more enthusiasm for the idea, but I was a very close second.

We watch the Games every year. For our winter-adventure-sports loving family, it’s like our Academy Awards. The competing athletes are our rock stars. We’ve been thrilled that they’ve received more and more television coverage in the last few years. It’s no longer an event for the crazy fringe snowboarders and skiers. It’s an incredibly intense competition, with world class athletes.

Once we got settled in our new CO home, I realized this might be the year we could actually attend the Games in person. After all, Aspen is just a few hours away from our house. I did some online research and found that it’s not only free, it’s very well organized, even for spectators who didn’t pay for expensive lodging options.

So we did it. We got up at 5:30 on Saturday and hit the road. We got home that night, just after midnight. And if I had to tell you what the X Games are like in person, once I got past the obvious words like ‘Amazing!’ and ‘Breathtaking!’, my one word description would be ‘Accessible’.

I’m not just talking about handicap accessible, which is an important phrase to those of us walking around on prosthetic legs, but I was impressed by the fact that the X Games were overall accessible.

Yes, there was the ADA elevated platform, right at the base of the main snowboarder course, which meant my son and I were actually closer to the athletes as they slid into the finish than their own families.  We had to protect our cameras from the spray of snow as they skidded to a stop. There were also long, textured rugs on many of the paths that led to and from the courses. When I can’t feel my feet in my shoes, slipping and sliding are a constant concern, and that little bit of extra traction made the venue extra accessible to me.

But as someone who’s watched these Games on TV for many years, I was amazed by the accessibility of the athletes themselves. Many times we were right up at the rope, watching an event, and the latest competitor would walk by, on his way to the snowmobile that would take him back up the mountain. These athletes were so close, it became very apparent to me that they were just regular guys, and regular, but amazing girls.

I loved that my kids could see the same thing. These are not super humans with super powers. These are young men and women who work really hard, at a sport they really love, then show up on the mountain to test their skills. They were all just regular kids, not that long ago; kids hanging out on their local ski slopes, just like my own kids. And call it fanaticism, or call it geeking out, but these kids threw themselves into a life plan that most wouldn’t consider traditional.

One minute they’re racing down the mountain, taking turns on slick snow that could be life threatening if they don’t cut it just right, and the next minute they’re casually walking by us, snowboard in hand, high fiving any kid with his hand in the air.

At one point we stopped at a picnic table to eat our homemade turkey sandwiches, and the latest group of medalists walked by. As they chatted with friends and hauled their own equipment to the exit, their shiny new medals hung quietly around their necks. I refrained from taking their pictures purely to preserve the casual mood they all seemed to exude.

Of course some of them can no longer pass through the crowds, un-accosted. Shaun White was present, but not seen. His flowing red locks call him out, I’m sure, and that guy can’t walk two feet without being mobbed. But for all of the other athletes we saw on Saturday, it was life as usual. Throw yourself down the mountain, twist in the air high above that half pipe, throw your body into triple twists after being launched off a hundred foot jump, then walk away. Click off those skis and snowboards and tuck them behind your back, as you ride the snowmobile back up the mountain.

Every one of my boys had an amazing time at the X Games. The nature of the event is exciting, in its own right. But I was just impressed by the ease at which we were allowed to attend such a world class experience. From the well labeled parking lots with perfectly timed shuttle buses, to the helpful ramps and accommodations that were made, so that every spectator, of every ability, could enjoy the day, I have to say I walked away impressed.

There’s no doubt we’re bigger geeks than ever, when it comes to being crazy X Games fans. When you practically stand under the skier, as he flies overhead, competing in the Big Air competition, then see him later, casually chatting with his family, it has a way of solidifying your fandom. My hat is off to whoever pulled together those amazing Games. And my deepest respect and awe goes out to every single one of the hard working athletes, who train all year, then show up to show off their stuff, in such an accessible venue. 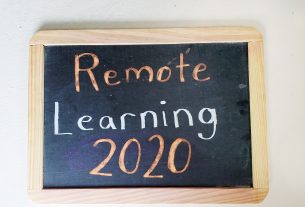 Remote Learning: Six Weeks in Everything Changed When Our Kids Did Not Go Back