The Mars Science Laboratory (MSL) is a NASA project designed for long-term exploration of the Martian surface. MSL successfully launched on November 26th, at 7:02 am PDT, and is scheduled to land on the Mars Gale crater sometime between August 6-20, 2012. All onboard checks to this point have shown that the launch was completely successful and that the journey to Mars is well underway.

The MSL is carrying the Mars Curiosity rover, whose primary scientific goal is to determine if the Martian surface is or was ever habitable. The onboard laboratory will study rocks, soil and geological surroundings to detect the chemical building blocks of life. With this knowledge, scientists here on Earth will be able to create an accurate picture of the Martian environment.

The MSL mission is the premiere mission in the next decade of NASA planetary exploration and will demonstrate a number of cutting-edge technologies.

We at GeekMom are going to keep a close eye on this mission. We will update again in August for the landing.

Hoots up There? Building a Barred Owl Box 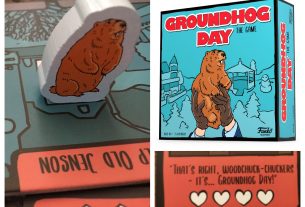 ‘Groundhog Day The Game’: Because We All Need a Perfect Day

Veterans Day, Complete With All the Feels

1 thought on “Are you Curious about Mars Curiosity?”