On Wednesday the news feeds and Twitter were all aflutter about the Mythbuster team’s wild cannonball. Seems a test firing went awry during a shoot, and a 30-pound cannonball traveling 1,000 feet per second escaped the test site, struck a house 700 yards away, and continued straight through, coming to rest in a parked minivan. No one was injured in the incident, luckily. I’ve read many of the accounts which make it sound like the Mythbuster team were recklessly shooting cannons into an unprotected California neighborhood. Based on everything that I have read, it was a complete accident that no one could have predicted.

No, the Mythbusters weren’t testing the myth of being able to shoot a cannon ball more then two miles and see if it can punch through the side of a house. They were testing a myth to see if objects other then a cannon ball could be shot out of a cannon. I’m having visions of Adam and Jamie dressed as pirates planning on sticking cutlery into the cannon and lighting the fuse, a la Pirates of the Caribbean. Tory Belleci, Kari Byron and Grant Imahara had assembled at a bomb disposal site in Dublin, CA along with a safety supervisor from the Alameda police department. This is a location they have used more then 50 times for this kind of shoot. The idea was to shoot the softball to cantaloupe-sized projectile where it would hit a series of barriers to help it slow down before it reached the ground. On the third firing of this cannon, the cannon ball missed a set of water barrels, crashed straight through a concrete wall, took a bad bounce on a safety berm and bounced off into the local neighborhood. Normally the size of the range and the barriers that had been put in place would easily be enough to slow that size projectile. This time, they didn’t.

What many people don’t understand is that while performing science, accidents can and do happen. The best you can do is mitigate the risks you are aware of ahead of time. It looks to me like a slight miscalculation or mis-setting of the firing angle is the likely culprit that caused the quoted “mis-fire.” The bad bounce after the cinderblock wall was likely a variable that wasn’t considered. When you combine these two events the results seem to be a “wild” cannon ball.  As I was writing this a statement was released by the Mythbusters team that confirmed that the firing angle was too high during this particular shoot.

Here’s a quick lesson in projectile motion. It’s actually very simple to determine where a projectile will land and how long the flight will take. In perfect conditions, without any other forces acting upon the system, all you need to know is the projectile’s initial velocity (vo) and firing angle (θo). (See picture below for labeled vectors and angles.) The Mythbusters often determine the initial velocity with a slow motion camera and measure the firing angle based on their rig design.

It’s safe to assume that the folks at Mythbusters have done these calculations hundreds of times. It’s also unlikely that they would have been incorrect, especially after two the previous, successful, shots. This was an accident. Although, I’m sure there will be extensive investigations to prove exactly what caused the problem.

What I’m trying to say is that even when you think you have worked out all of the details of a science experiment there can be variables that you never considered in play. It is why an experiment is usually repeated a number of times to find a statistical result. Many times those minor differences are hardly noticeable. However, in this particular instance it would be hard to ignore two damaged houses and a wrecked car. It’s all part of the scientific method. Accidents happen — and that is why we have insurance! 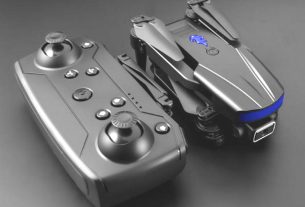