The Walking Dead just started its second season a few weeks ago, but it was announced that the highly popular AMC show has been renewed for a 3rd season.

I have to admit that my husband and I didn’t see The Walking Dead until about a month before Dragon*Con. We had gotten it on DVD and watched quickly before the con because several actors from the show were going to be guests. We really enjoyed it and planned on watching the next season.

My husband works second shift so we tend not to watch shows together. But I refuse to watch The Walking Dead in a dark house by myself, since it’s not appropriate to watch when my toddler is awake. Because of busy weekends, one that included the birthday of my daughter, we haven’t gotten a chance to watch the first two episodes. We do plan on catching up this week–hopefully, anyway!

As a fan of the show, I’m excited to hear that there will be a third season. It’s a little strange how a show that only had six episodes in the first season has gotten such a large fan following. For me, it’s neat and creepy that there are so many scenes in Atlanta, a place I go to several times a year and know well.

You can read more about the renewal of The Walking Dead at the AMC blog.

The DC Comics You Should Be Reading 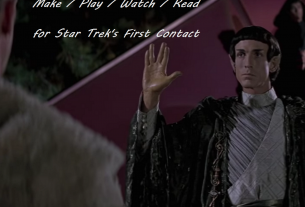 1 thought on “The Walking Dead – Renewed for a Third Season”