Geeks aren’t known for being fashion plates. I spend a lot of time with people for whom the daily uniform is the cleanest jeans in their bedroom along with the top ThinkGeek shirt on the stack in the drawer. (Or out of the dryer, the pile of laundry in front of the dresser, the heap in the hallway…)

In general, I can’t say I’m much better. Right this minute, I’m wearing jeans and a Linux t-shirt (Beefy Miracle, to be specific), which isn’t an uncommon state. I am, however, a geek with a shoe problem. A few nights ago, my husband asked a dangerous question: “What do we have more of? Games, your shoes, or sewing patterns?” The last times I tried to count, the answer to the first two was in the neighborhood of 200 each. The third I tried to estimate one day and came close to 600. I probably sent about half my shoes to Goodwill when we moved a year ago, though, so that number is a lot lower now.

The problem with having a shoe problem is that I don’t have Imelda Marcos’ financial reserves. Enter the joy of the teenager consignment store.

They’ve been popping up more and more. The one I see most is Plato’s Closet. My favorite wins there have been the shoes pictured above and a pair of really comfy (but really high) black boots for a last-minute Dragon*Con costume. Recently an Uptown Cheapskate opened within walking distance of my office, and it’s a lot more open and easier to navigate than Plato’s. I went by looking for some boots for Halloween and scored a Banana Republic linen jacket and a pair of Ann Taylor pants for less than $20. (No Halloween boots, unfortunately.) I’m also a huge fan of Buffalo Exchange, which is less teenager-focused and more vintage-styled, but there isn’t one near me, so I scout them out when I travel.

Uptown Cheapskate has also taken a page from the Buffalo Exchange book. If you don’t need a bag for your purchase (I just carried my two pieces to the car), they’ll donate to a charity of your choice. My five cents went to Kiva.

If you visit one of these shops and the tags look familiar, it’s because the same company that franchises Uptown Cheapskate does Kid to Kid resale stores as well. Similarly, Plato’s Closet is franchised by the same company as Once Upon a Child, as well as Play It Again Sports and Music Go Round.

They may be targeted at the 18-26 set, but I’m hooked. Slightly-more-than-26-year-olds need shoes too. And jeans. And maybe that sweater over there. All with money left over to spend in the game store next door. 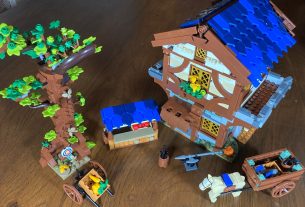 2 thoughts on “My Addiction To Teenager Consignment Stores”