My son and I have different opinions when it comes to zombies. He’s a fan of watching Left for Dead or Call of Duty, where you get to kill the horrible undead in a variety of ways. (I’m not a fan of having him watch them, btw, but I can’t always control what he watches when he’s not with me.) I’m more of a Plants Vs. Zombies aficionado.

I mean, look at this guy, you want to wrap him up and take him home. 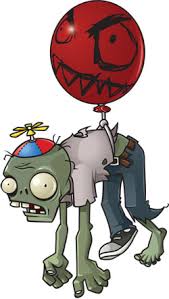 This Left 4 Dead scene makes “Children of the Corn” look like “Home Alone”! 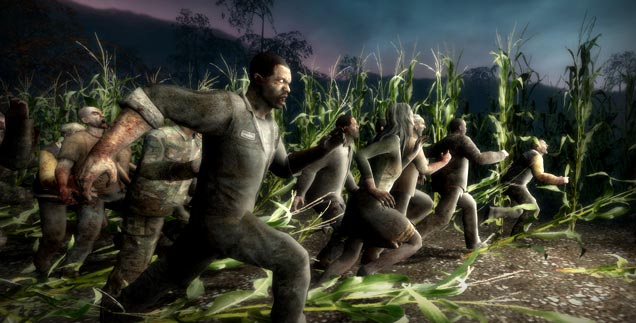 I just wanted him NOT to watch those games. I felt they were horrifically violent for someone his age. They had merciless creatures chasing their human lunches with the speed of a missile. The gore was unreal, with blood, entrails and human effluence spewed about everywhere.

My son thought it was awesome. Lots of guns, lots of shooting, lots of dead zombies. A trifecta of stimulation for my Aspie/ADHD video game nut.

I had to sit down and figure out why I did not like these slaughter-filled games, besides the violence, which is a given. I discovered that my issue is that these zombies were once human. Too human, to be exact. That they were bitten and then morphed into these blood- and brain-thirsty predators. My main issue was that you were killing humans that were once alive, and the zombies were killing humans to survive. There was too much realness to it, too much of the human element and not enough kitsch or comedy to soften it.  Too many guns, lots of senseless killing. There’s enough tragedy and sadness in the world. Let’s not have my 9-year-old fall into that pit of despair with them by shooting up a field full of crazed zombies.

I spoke with my son about it and told him my perspective and that when he’s with me, he needs to respect that there will be no blood-covered zombie killing. However, if he would like to eat a zombie with Chomper from Plants Vs. Zombies, then that is quite okay with me.

We will still be prepared for the zombie invasion, though…just in case…

Relax With the Crawleys in Behind The Scenes at Downton Abbey

Gender Roles & Violence: Get in Your Box!