Like Steve Jobs was to Apple fans, Legoland Florida is to all of the young Lego fanatics.  On Saturday, October 15, 2011, thousands of loyal fans from around the world converged on the grounds of the new Legoland Florida theme park for its grand opening.  Legoland Florida did not disappoint.  It was uncanny how passionate and informed the young fans were about Lego.  It was eerily similar to how adult Apple fans admired Steve Jobs and his fabulous tech gadgets. It was fun to discover all of the ways Lego fans chose to display their love for the Lego brand. Legoland Parks are designed to appeal to kids between the ages of two and twelve, so I talked to a bunch of kids in this approximate age range (4 – 13) to learn about their favorites parts of the park. Kids enjoyed sharing their experiences in the park, so taking an informal, non-scientific poll of kids’ favorite experiences at the park was a snap.

The Dragon coaster was definitely the favorite attraction in the park in my poll. Other very popular rides for eight- and nine-year-olds were the Driving School, the Flying School, and the Technics Test Track roller coaster.

Theme parks, by their very nature, are extremely stimulating to our senses.  Legoland Florida, though, is a bit more laid-back than the usual theme park. In fact, there are many areas of the park where families can take a break.  Miniland USA is a great place to linger and take in the amazing details at your own pace.  Cypress Gardens, renewed to its original splendor, is indescribably beautiful and a perfect place to escape from the crowds for a bit.  Winding paths open into breathtaking vistas of the gardens and Lake Eloise. There are even benches along the shore of the lake under giant oak trees.

Several moms noted that there was no sign of over-stimulated children crying and screaming at the end of the day at Legoland Florida.  Kids that I spoke with were happy, relaxed, still smiling, and bubbling about their experience in the park– even if their parents were looking worn-out.

Nine- year-olds can be very fussy eaters. Children with food allergies can pose an even bigger challenge.  Thankfully, Legoland Florida has healthy, tasty, kid-friendly options.  Because we are a wheat and dairy-challenged family, we headed to the Market Restaurant and enjoyed Asian noodles, grilled vegetables, rotisserie chicken, and assorted grapes. Our meals were tasty; the service was fast, and the staff knowledgeable and friendly.  We sincerely appreciated that the manager helped us choose items that were dairy- and gluten-free.

Legoland Florida has a store called the Minifigure Market just for building and purchasing minifigures.  This store was so packed on opening day that there was a 30-minute wait just to get in from around 4:00 pm until closing.  Minifigures, like Lego bricks, can be customized by mixing and matching parts and accessories. Young Lego fans love them.

Clutch Powers fans will surely enjoy the 4D Clutch Powers Adventure movie in Fun Town.  The story is well-written, the effects are fun, and the characters are as enjoyable as ever.  Do not forget to find Clutch Powers on a  billboard in Miniland USA’s Las Vegas.

My family was lucky enough to stay at the Nickelodeon Suites in Orlando.  Nickelodeon Suites is one of the Legoland Florida Bed & Brick hotels, which includes 13 different hotels in the Orlando and Winter Haven areas.  With free shuttle service to and from Legoland, families visiting Orlando attractions can easily add Legoland to their vacation schedules. The short 45-minute bus ride to the Legoland Park was a relaxing way to arrive at the park without having to worry about parking. The best part about the Nickelodeon Suites, however, is that it is a destination full of fun all by itself. It is the ultimate kid hotel and complements the Legoland experience nicely.

We really appreciated the comfort of our two-bedroom suite, complete with sink, microwave, and mini-refrigerator. The kid-centric theme got a double thumbs-up from our nine year-old, especially the very cool bunk bed, TV, Sponge Bob wall décor and colorful and convenient shelving.

The character breakfast was quite a hit with the youngsters. Popular Nickelodeon characters like Sponge Bob and Dora the Explorer danced and posed for photos with their fans. Oh, and the food was great, too. In fact, because our server asked about food allergies, we were able to talk directly to the chef. He made us outstanding dairy-free, gluten-free pancakes.

Honestly, the character breakfast appeals mainly to the 4- to 6-year-olds.  Our nine-year-old enjoyed watching the crazy singing and dancing, but has long outgrown his love of live dancing TV characters.

Thanks Nickelodeon Suites and Legoland Florida for the press package. 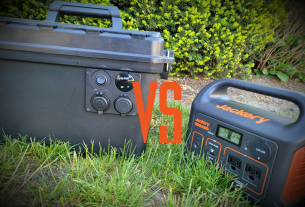 GeekDad: DIY vs Jackery Explorer 300 in a Portable Power Battle 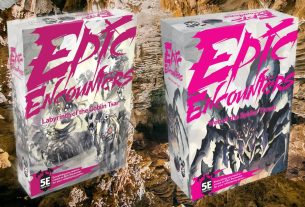 GeekDad: Add Some ‘Epic Encounters’ to your 5e Games With ‘Labyrinth of the Goblin Tsar’ and ‘Web of the Spider Tyrant’