As you’ve no doubt heard, Facebook rolled out some major changes this week–and even bigger changes will be hitting your Wall in the weeks to come. (More on those in a minute.) Many Facebook users were caught off guard by the new “ticker” that now appears in the upper right corner of the News Feed page. The ticker is a sort of mini-news-feed, designed for what Facebook CEO Mark Zuckerberg calls “lighter weight” information. It’s a constantly refreshing scroll of your friends’ comments, likes, and other Facebook activity, magnetically pulling your gaze over and over again.

Here’s a really important thing to know: if you comment on a friend’s status update, the privacy level of your comment is determined by whatever sharing setting your friend chose for that update: public, friends-of-friends, friends only, or a customized group. This has always been the case–the difference now is that your comments are popping up in your friends’ tickers, and they’re much more noticeable than in the news feed. If you leave a comment on an update with a “friends of friends” setting, that comment will appear in your friends’ tickers, even if your other friends don’t know the person whose update you’ve commented on.

I’ve seen a lot of confusion over this issue in the past couple of days. For example, I wrote an update and shared it to “public.” My friend Jenny commented on it. Her friend Brian–a person I’ve never met–saw Jenny’s comment in his ticker, and clicked through to join the conversation. This is totally fine; I’d made the post public intentionally, and Brian made good contributions to the discussion. But it surprised the heck out of Jenny! She knew Brian and I had no connection other than that she is friends with each of us, and we’re friends from vastly different corners of her world. Suddenly, there we all were chitchatting together. If you’ve ever experience the jolt of worlds colliding on Facebook, brace yourself. The collisions are happening at the speed of light these days.

Like I said, it has always been the case that Brian could have left a comment on my friends-of-friends or public update, since we have a mutual friend. But before the ticker, the conversation probably wouldn’t have hit his radar unless he happened to notice a “Jenny left a comment on…” note on Jenny’s wall. The ticker is the game-changer here: it puts Jenny’s commenting and liking activity right on Brian’s news feed page. And vice versa.

You can hide a friend’s comments and likes by hovering your mouse over her name, then hover over the “Subscribed” button, and deselect the things you want to screen from your ticker. But there’s no mass setting for you to hide your own comments from your friends’ tickers–the visibility of your comments is always determined by the post you’re commenting on.

So just be aware: if you’re chiming in on a public or friends-of-friends post, people you don’t know will most likely be viewing your comment in their tickers. Even if all your own friends do that hover/deselect thing I mentioned above, your comments are still visible to strangers (and always were, on this kind of post–but now they’re not just visible, they’re decked out in neon lights).

How do you tell the privacy setting of a friend’s status update? Look for the gray icon below the update, to the right of the timestamp. If the icon is a globe, that post is public; if it’s a person’s head, the post was shared with friends only; and if the icon is a gear, the post was shared with a custom list. Hover over the gear to see details about the list–it may say “custom,” meaning it’s probably a smaller pool than the person’s whole friends list, or “friends of friends,” which is of course a much wider pool.

There’s a wave of “you hide my comments, and I’ll hide yours” sweeping over Facebook this weekend. That’s a whole lot of manual deselecting going on–but do be aware that this semi-fix doesn’t really make your comments private, it just means they won’t show up to the friends who’ve complied with your “please hide ’em” request. And let’s face it, the friends most likely to honor your request are probably the very people you don’t mind reading your random comments in the first place.

If you hate the ticker altogether, there are browser extensions that will let you hide it: here’s one for Chrome, and one for Firefox. (I haven’t tried these, so feel free to report back with your experience.)

As for your own status updates, don’t forget to check the setting of a status update before you post it! Another new wrinkle is that post settings are sticky to the previous update–so if you post one update to “friends of friends,” your next update will have that setting by default until you change it manually.

WELL. That’s a lot of change, but really, we ain’t seen nothing yet. At Thursday’s f8 conference, Mark Zuckerberg announced the advent of the Timeline–the new, bell-and-whistle-filled incarnation of the current Facebook profile. (Here’s a link to Zuckerberg’s keynote address.)

Your Timeline will be a scrollable compendium of everything you’ve ever posted to Facebook, and–if you so choose–just about everything you ever do for the rest of your life.

Everything you’ve ever shared on Facebook will be rolled into your Timeline–every photo, every status update, every like. (You can go in and alter the visibility settings for each item individually, after the fact.) A key component of Timeline will be serious app integration; users will be able to connect, say, a cooking app that allows them to chronicle and share every recipe they attempt, or a running app that uses GPS to log favorite routes. Facebook is partnering with Spotify, Netflix, Hulu, and other media outlets to bring music, film, and television viewing right to the Facebook screen–and whatever you’re watching or listening to, your friends can do the same with a simple click.

Sound cool? Or seriously creepy? I’m hearing mixed reactions. Many Facebook users feel uneasy at the thought of handing over this level of personal detail to a social network that already has notoriously complicated and ever-changing privacy settings–and uneasier still at the thought of how much data on lifestyle habits all this Timeline and app integration is going to provide advertisers.

Once the Timeline rolls out (you can sneak it in early now, via the steps outlined in this Mashable post), the ticker will become even livelier, displaying updates off all the offscreen activity your friends are reporting via their shiny new apps. Kristen is running in Central Park. Ruth is cooking pad thai. Andrea just played the word “stalker” in a game of Words with Friends.

“Now,” said Zuckerberg in the keynote, “even before I start using Spotify, I can see what my friends are listening to live, in my ticker.” He went on to explain that patterns that emerge in all this ticker activity will be pulled into your main News Feed, as a story there. If several of your friends are watching Glee at the same time, that tidbit will appear in your feed. And if you want to watch the same episode, all you have to do is click.

A friend asked me what my take is on Facebook’s new direction. Here’s what I replied:

I’m extremely wary. I think the whole thing is a brilliant and seductive mechanism for deep, deep data-mining. Timeline has some mighty appealing characteristics–no longer do your old status updates disappear into oblivion at the bottom of your page. Now you have easy, crisply organized access to every morsel of your own Facebook activity. You can enter new info & photos for years past, all the way to the day you were born. It’s a giant digital scrapbook, and I think a lot of people are going to love it.

It’s cleverly done and has boatloads of appeal, and people will pay for the convenience by providing advertisers with even more information about lifestyle and spending habits than we already do. There’s a reports feature that lets you compile a report on your own (or your friends’) reading/watching/eating/travel/etc –and you just know that if we can compile these reports about ourselves, so can the app developers we grant account access to.

For a lot of users, though, a decision to walk away from Facebook isn’t a no-brainer. It’s no secret I much prefer Google+ as a social networking interface (although Google’s rotten “real names” policy has considerably dimmed my enthusiasm)–but if I were to kiss my Facebook goodbye, I’d be missing out on the riches it does give me: a peek at the daily doings of a lot of people I love dearly, people who, for whatever reason, aren’t doing their online sharing anywhere else.

What’s your take? Is the ticker ticking you off? Or are you counting the minutes until your Timeline goes live? 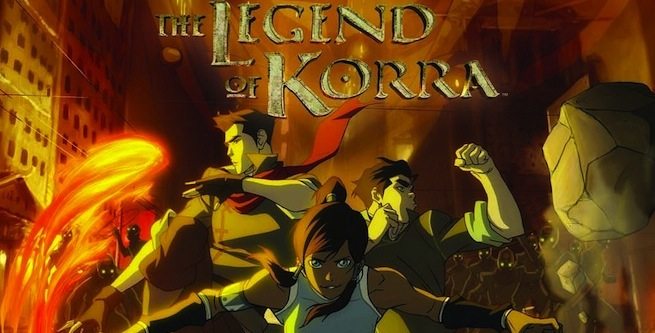 Korra: Why You and Your Kids Should Be Watching

21 thoughts on “In-Your-Facebook: A Look at the Latest Wave of Big Changes on the Social Network Everyone Loves to Hate”