Last weekend the family headed up to Atlanta for some fun sightseeing.  We had tickets to an Atlanta Braves baseball game on the Sunday afternoon of that weekend, but otherwise we sought out family-friendly, educational activities that wouldn’t break the bank.

My dear husband, in his typical train-fan fashion, knew of a tourist scenic railroad in the area.  So that’s what we sought to do.  We decided to grab some same-day tickets to the Saturday night Braves game, and then headed out for the day to Stone Mountain Park which is about 15 miles east of Atlanta.  We weren’t quite sure what to expect — several folks at the hotel breakfast area told us we’d have a good time and that there was “so much to do!”.

Those folks were right!  Stone Mountain Park is very beautiful and there was no shortage of things to do!  We didn’t quite dress for hiking up the mountain (and my husband’s back wouldn’t have been to happy with it either), but we were able to enjoy the scenic train, the skytram right to the top of the mountain, a ferryboat ride, and a fun — touristy — lunch where our yeast rolls were thrown to us by our servers!

We really enjoyed the Civil War history that’s been memorialized at the park — of course there’s the beautiful bas relief sculpture of Jefferson Davis, Robert E. Lee and Stonewall Jackson (and their horses!).  There is also an antebellum mansion to tour, and a Confederate Museum.

One could visit the park and make a complete vacation experience out of it — from campsite to the Stone Mountain Inn, you can stay on the property.  If you want to do outdoor activities, there’s hiking, biking, golf and boating to be had!  If you prefer indoor air conditioned stuff, there are the museums, the shops and lots of exhibits and demonstrations.

While you could pay individually for each of the activities we did, we instead took advantage of the one-day “Adventure Pass”.  This let us do just about all the theme-park activities (there’s this “Ride the Duck” attraction that wasn’t included, but that’s okay).  We had a military discount of $3 off each ticket, yay!

Perhaps because it was August in Georgia, who knows?  The park was not crowded at all even on a Saturday; there were little-to-no lines for any of the activities we wanted to enjoy.

First was a 5 mile train ride around the base of the mountain.  This was a 40 minute ride through some dense woods.  My boys and trains is always a very good combination.

Next we enjoyed a touristy Southern comfort food lunch at an in-park restaurant called “Miss Katie’s”.  They’re known for throwing the yeast rolls at you.  I didn’t get a picture of this gimmick, but here’s a picture I found off the web of a Miss Katie’s server throwing a roll, from the Epicurean Family Blog.  The lunch was yummy, but unfortunately was priced for tourists and our lunch for 4 was over $50.

After lunch we visited the (air conditioned) Yogi Bear’s 4D Adventure attraction.  This was merely a stitching-together of 12-minutes worth of scenes from the 2010 movie Yogi Bear…the 3D version.  But we were in a theater that added in real water and wind effects.  We had seen Yogi Bear this past spring but it was fun to experience the water and wind effects.

Did you know? The original sculptor of the Stone Mountain Confederate Memorial was Gutzon Borglum…his design wasn’t used due to differences the artist had with his financial backers in the mid-1920s.  Borglum smashed the models of his designs and left Georgia in anger in 1925.  He went to Mount Rushmore, South Dakota to design and oversee its construction from 1927-1941.

Finally, and by this time we were all tired and sore from the walking around, we ended our day at Stone Mountain Park with a ride on their riverboat Scarlett O’Hara.

We were very glad we chose a day at Stone Mountain Park over the more common tourist destinations in Atlanta!  It was nice to get some fresh — albeit hot — air, and learn more about Georgia’s nature and history. 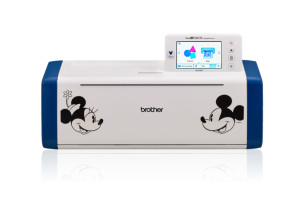