The word geek does actually exist in French. It’s even pronounced the same. But it came quite late. So did the other words depicting who I am, such as nerd.

But there’s a lovely French word for “RPG player”: rôliste.

And I’m a rôliste, since many, many years. So I figured I could be playful and offer you a secret origins post from the point of view of a rôliste.

Character creation: As I already told, I was predisposed to geekness since my mom already showed many signs of it. My father had other geeky attributes: he’s a physicist (specialised in fluid mechanics) and an Apple addict from the very beginning.

I read my first Tome in utero, as my mother struggled to finish The Lord of the Rings before my birth.

As bonus and quirk, I already get very blue eyes… so strangely blue, actually, that some people wonder if it’s caused by Dune‘s Spice. They were be my only beauty for all my awkward teen years.

Level 1: I buy Ranger skills, founding an “Adventurers’ Private Club”. But the Difficulty Level is still too high for me: many quests are begun, almost none are ended. I try to build various ambitious huts (such as an underground hut and a three-room hut in a tree) and strangely fail. I’m better at Climbing.

My other points go to Performance skills, especially when it comes to storytelling or to pose on a stone, fiercely brandishing a sword or blowing a horn. I use Barbie dolls to train in Politics and Strategy, including them in complex plots of politics and magics which could have been A Game of Thrones if I had read it then.

Level 2: Like most geeks, I obviously use my XP to boost Intelligence rather than Social or Physical skills.

I’m at ease with academics. I skip two classes. Entering high school two years younger is certainly cool, but doesn’t make you the most popular girl of the school. Being called “not a girl, a genius” may sound flattering but doesn’t help your romantic life.

I’m still improving my Performance skills by writing plays then playing most of the parts, and by singing endlessly during car journeys.

I also give a brief try to Thief’s skills (in the Arsene Lupin‘s way: borrowing objects and leaving a mysterious card) but decide I’ll definitely of Good alignment and would do a better job as Detective. I begin to increase the Cypher/Decypher skill and incidently decide to conceive and build a computer. Do I need to precise it fails?

I uncover and read many other Tomes of various values, from Dragonlance to Lovecraft’s stories, as well as many detective stories and historical novels, such as The Name of the Rose or the Brother Cadfael series.

My current Equipment includes a survival kit, an encoding kit, more books that I can carry and, of course, glasses. I enjoy a lot of adventures, especially with pirates.

I hesitate between many careers and, what may seem stranger, many races. I could be an Elf, distant and dreamy. Or a Numenorean, forever exiled on these shores. Or a Vampire, a doomed and tormented soul.

For a Character Class, my favourite choice is, of course, Bard. My English teacher shows us Dead Poets Society, therefore I found my own Poetry Society. I write two horrible novels and slightly-less-horrible poems.

Level 4: As a college student, I acknowledge the fact that I’ll be and stay a Multiclassed character. I successively specialize in Mathematics, Literature and History, then Political Science. I sadly admit I’ll never make a good Ranger, nor a good Warrior. There’s still plenty of possibilities, from Enchantress to Warlady, from Bard to Astrophysicist… No, wait, I renounced that one when I decided to come back to Humanities.

Meanwhile, I live wonderful adventures in the many realms of RPG and real life. Many of them are about love, since I’m a proud geek girl!

Level 5: Finally I discover that my dream job would be DADA (Defence Against the Dark Arts) teacher. As there are so few offers for this job since Voldemort’s end, I become a literature teacher instead. Meanwhile, I still write short stories, read more Tomes than my personal library can hold, and play RPGs, including LARPs. That’s an occasion to increase my Social skills and indulge my love for theatre and costumes. Thanks to the French LARP association Don Quichotte, I’m allowed to play the governor’s daughter on actual pirate ships (yes! on sea!), various court ladies from 17th and 18th centuries, and even Dr. Quinn, Medicine Woman! Thanks to another LARP association, RAJR, I play a shugenja of the Crane Clan in the Japanese fantasy world of Legend of the Five Rings, as well as various parts, including (of course) an Elf.

Level 6: Around the same time, I choose to becom a Virtual Adept and immerse myself in the Web 2.0. I’m now my mother’s computer hotline (as most of you, I’m sure) and far more of an Apple geek than my dad. That happens when you grow older.

Level 7: Even in RPGs, characters grow old. They set up somewhere, marry, have children, rule some kingdom… Well, I don’t rule a kingdom yet, but I am very lucky about the other parts.

Without even noticing, I became a geek mom, with all the new wonders, questions and interest that arouses. That’s a whole new life.

But “a reader lives a thousand lives before he dies. “The man who never reads lives only once,” as  a character from G.R.R. Martin’s A Dance With Dragons reminds us. I’m a lucky girl then, for I am in the same time a book geek, a RPG geek, and a mom. 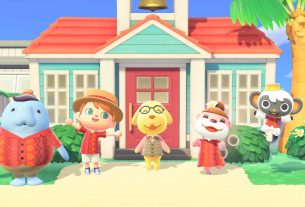