Being busy parents we have to tape everything. Yes, I still refer to it as tape even though we have a DVR. My husband mocks me but I am a child of VCR’s so I beg your indulgence. At any rate, we are usually one of the last ones to pick up on a new TV series. When we do record something we skip through the commercials like everyone else so we don’t see ads for new shows either. We do, however, read lots of magazines and a print ad captured both of our attentions. The ad shows a teenager with some sort of device attached to his spinal column, a spaceship hovering above him, and states “We Lose Control”. They had me at the spaceship but then it also says starring Noah Wyle who just happens to be the cutest ER doctor around.

The storyline actually starts with the series’ online comic. There are sixteen chapters that cover the story from six weeks after the invasion to the plot line in the series premiere. The comic acts as a bridge and backstory to tell the reader how Tom lost his wife in the invasion, how one son has been captured, and how he meets up with his current buddies, some of which join after seeing his recruitment posters. There are intentional parallels to the American Revolution since humanity is fighting for it’s freedom and survival. You also see that Tom, who is a former history teacher, likes to make historical parallels between their war with the aliens and wars that human’s have fought throughout hisory. It adds a nice depth to the tale being told. The mother hen type figure, Anne Glass, is played by Moon Bloodgood, whose character is a pediatrician. She reminds me a bit of the character Camile Wray from Stargate Universe in that she is very proactive for the rights of the citizens and even a bit for the aliens. There is also a prequel comic book coming from Dark Horse Comics set for release on July 13th.

Watching the first three episodes of the series I have mixed feelings. I enjoyed the basic story and the witty banter with the crazy gang leader John Pope, but there were many scenes that harkened back to other sci fi movies and television. I saw scenes and alien tech reminiscent of Predator, Terminator, Battlestar Galactica, War of the Worlds, and Independence Day. The writing was sufficient but could use a lot more wit and I would love to see Moon Bloodgood kick some alien butt. She is a bit too stay at home and tend the fires for me. The high point is any interaction with John Pope, played by Colin Cunningham, who is the leader of a post apocalyptic gang as well as a culinarily trained chef not a “cook”. While the show draws somewhat from previous sci fi entertainment, it has a lot of potential and I think once the actors get their legs it will be fantastic. Steven Spielberg is also a co producer so I am sure he will throw some unexpected twists and turns in. Bottom line: the show doesn’t suck and will get better as it goes on so tune in. 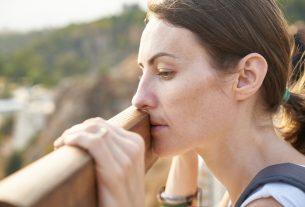 How I Explained Mental Health Exhaustion to My Kids

Screen-Free Week: 5 Reasons to Say No 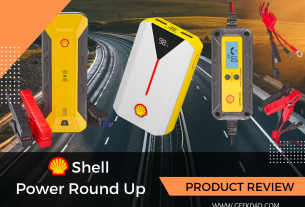 GeekDad: Shell Power Products Round Up

2 thoughts on “Falling Skies: A Sci Fi Medley Worth Tuning In For”