You’ve probably heard of the famous prehistoric cave paintings at Lascaux in France. I’d read about them and had seen some photos of the images painted on their walls so many thousands of years ago. What I didn’t know was that the Lascaux caves have been closed to visitors since 2008 because the presence of so many tourists — and the air conditioning and lighting systems that were installed for them — caused fungus and mold to grow on the cave walls, partially obscuring the paintings.

I also didn’t know that in 1994, another cave complex was discovered in France — this one in pristine, untouched condition thanks to a rockslide that sealed it off during the Ice Age. It’s called Chauvet Cave, after one of its discoverers, Jean-Marie Chauvet. Chauvet Cave is the subject of a recent documentary by acclaimed filmmaker Werner Herzog called Cave of Forgotten Dreams.

The documentary is special for a number of reasons. First, because of the lessons learned at Lascaux, entry into Chauvet is strictly controlled. That means very few people have seen the beautiful and fascinating artwork it contains. It also means the filmmakers dealt with some serious restrictions — limited time for filming, access only down a narrow walkway, and the use of only battery-powered cold lights. The fact that they were able to make such a breathtaking film given these parameters is amazing. And, oh yeah, it’s also in 3D.

I was frankly a little dubious about the 3D aspect going in. It seemed like a strange attempt to cash in on the current 3D craze — an odd choice for a respected documentarian like Herzog. Then I saw the film and realized the cave walls’ intricate topography of bumps and bulges and folds is an integral part of the artwork, and the 3D renders them beautifully.

The film is nothing short of mesmerizing. There’s plenty of expert analysis and historical background provided, which is interesting on its own, but frankly I could have just stared at the paintings for an hour and a half and been thrilled. They’re simple monochrome line drawings, and yet they’re gorgeously detailed, filled with movement and life. Staring at them, you can’t help wondering about the people who created them, how different they must have been from us, and yet how similar in their quest to record and communicate something about their world.

The fact that this record survives today is genuinely marvelous, and that Herzog and his team have managed to capture it in such a gorgeous way is invaluable. 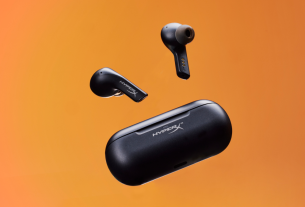 Sydney Brickshow: Home Is Where the LEGO Is

Toys That Look Like Every Kid, Even Kids With Different Abilities