Laura Grace Weldon realizes on the scale of things that this week’s flooded barnyard, vomiting dog, and chimney fire aren’t really important. In her own teetering attempt to find balance she’s writing about oneness as well as sarcasm.

Rebecca Angel is excited about her children’s musical: New York Mosaic being performed this Sunday at Siena college. A cast of ages from 4 -15 have spent eight weeks learning about their own heritage and the history and people of New York state though musical theater.

Corrina Lawson would like to announce, after a long and grueling process that nearly led to her total meltdown, that her eldest daughter has been accepted into the honors program of her local state college, which includes a 50 percent tuition scholarship, first picks of classes and first dibs on rooming assignments. Now she is off to have a bottle of wine.

Natania Barron and her husband Michael Harrison just got back from the craziness of PAX, where they were on the Geek Parenting panel and spent most of the time traipsing around Boston and having a smashing good time. Last week Natania also got feedback from her editor regarding her upcoming novel, and things are really setting in motion: her first book, Pilgrim of the Sky will most likely appear sometime around October!

Sophie Brown spent the weekend putting up new pieces of artwork all over her home. From a set of X-Files movie postcards, through a set of prints by James Hance to a retro Space Mountain poster, her house is definitely looking more geekified this week!

Patricia Vollmer is enjoying a laid-back spring break with her two sons, celebrated Pi Day, and attempted to get some sightseeing and beach-time under her belt. The family planted their garden, and has been glued to the TV and web-based news outlets about the looming nuclear disaster in Japan…and wishes the Japanese people all the best.

R. L. LaFevers is very excited to be guest blogging over the Blake Snyder blog today. His book, SAVE THE CAT, is one of her favorite plotting tools, so it was fun to get a chance to talk about it with other fans of his work.

Kristen Rutherford, like nearly everyone else, is following the news coming out of Japan. If you’re planning on making a donation of $50 or more to the Red Cross, keep in mind that over at American Airlines they’ll give you 250 miles for a $50 donation and 500 miles for a donation of $100 or more. And it’s worth a look to see if your company will match any donation you make to the Red Cross. Check it out here.

Andrea Schwalm received a scholarship last week from the New York State Department of Health to attend the 2011 Genetic Diseases of Childhood Conference in Manhattan as an advocate for families and as a parent raising a child with a rare disease. She found it profoundly humbling to listen to the experiences of other affected families and surreal to realize how much genetic medicine has changed in the 11 years since her son was born.

After some hard weeks (partial weaning of her baby…) Delphine did herself a gift: a GeekMom official T-shirt!

Kalynn Brower has been on a brief jaunt with her daughter. In the big city, Chicago, they have gotten lost on the streets of Chinatown and in a parking lot near the Navy Pier. As you read this they will be touring the University of Chicago campus.

Brigid Ashwood had an amazing time at Mythic Faire where she presented a very well-received talk on the philosophy of steampunk. Unfortunately while making her way to the stage, she tripped and fell, an unfortunate maneuver that has resulted in an impressive bruise. This epic entrance was however, deeply appreciated by the crowd at the steampunk panel, who cooed sounds of concern interspersed with giggles while she was reassembling herself on stage. After group composure was restored, the steampunk debates began. The result was a fantastic discussion on the nature of steampunk, its microgenres, relationship to the Maker movement, and relevance to the modern world. But you’ll have to tune in next week for GeekMom.com’s Steampunk week to read more about that!

Alexandra Siy just returned from the NSTA Conference in San Francisco where she talked with Seymour Simon about his new app, Science Fun To Go, and had the honor of meeting Pamela Turner, author of The Frog Scientist. She also went on a hike in Muir Woods where she saw dozens of spectacular spider webs, in addition to the breathtaking redwoods–which of course, made her think of Jason Chin‘s excellent picture book.

Ruth Suehle just finished a long but successful week at SXSW Interactive, writing stories for opensource.com and helping out Fedora at the trade show. (Mostly by following around a guy in a penguin suit, which is a pretty fun job.) You can read her panel recaps at opensource.com/sxsw and see a summary here next week. 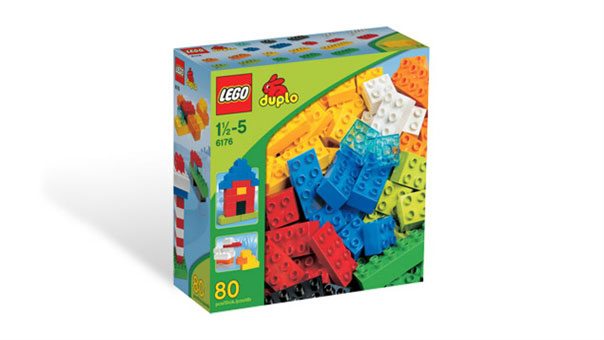 1 thought on “This Week With the GeekMoms”