One of the perks of being an official GeekMom is that I receive review copies of some of my kid’s favorite games. My two sons and one daughter were particularly pleased to get their hands on a copy of the new Pokemon Black game for the DS.

I’ve never played a Pokemon game in my life, so I turned this review over to the eldest son, who is fifteen. My daughter reluctantly gave him the game for review. I suspect she might get it back because my son told me he’s now hooked on a Pokemon game again. As you can see, he provided some really detailed information about the game.

My review of Pokemon Black:
Yep,another Pokemon game. Guess they ran out of Islands to base the regions off of, because this one is a loose replica of New York.

I’ve heard from many people that this is just the same thing as all the other the Pokemon games, and it is, but with some new features. This game managed to surprise me because I think they really listened to the gamers this time. They definitely added to the multiplayer, and you can trade from your PC now, saving you A LOT of time.

Even the post game-play has story elements that the others lacked, leading to hours of your army squashing those bugs the game calls trainers at post-elite four.

As for the new perks, there are a decent amount of obvious ones, such as combining the Pokemon center with the store or TMs being reusable now, and some nice subtle ones, like being able to use pick-up during battle and the soda machines occasionally giving you an extra soda.

Also, the Gyms have become a bit more fun. The puzzles are more fun than agonizing this time around. (I’m looking at you, Sabrina’s Saffron Gym.) The puzzles have decent 3D effects, but are a tad simple to solve.

Also, the Gym Leaders are pretty easy to beat if you know what you’re doing. But then again, they always are. In addition, the new maps are similar to the old ones, but not carbon copies, so you may have to circle around a couple times or look at the Town Map to know where you are going. The scenery is about as amazing as it gets for a DS game, especially if you like bridges. There are several nice ones in both versions. In addition, I think they noticed players don’t talk to regular NPCs anymore, so they gave a lot of them goodies and even HMs. Even the trainers may give you berries or heal you after a fight, which is nice.

Now I’ll talk about the Pokemon themselves.

There is always a new set with a new generation, but this one is almost one hundred percent new generation for a decent chunk of the game before you beat the elite four. The bright side is you won’t see any geodudes or zubats until post-game, the annoying part is you have to wait a long time to play with your old favorites.

But if you want the old ones, just play the old games. Well, you can if you buy multiple copies of the game, beat one, and do some other stuff, but I won’t get into that.

As for this generation, I think they dropped the ball on their looks here. Some of them are uglier than Purugly. Also, a lot of them are terrible to use in the long run. Fortunately, a seasoned veteran can spot the rattata clones and use the good flyers and bug-types. Black and White do offer a large variety of psychic Pokemon, most of which are actually pretty good. Take Victini, the Wi-Fi giveaway that is available until April 10 this year. You can get it early on by just reading the packet that comes in the box for the actual game. It has amazing growth and comes at level 15, a solid level for immediate use in your party. There is even a hidden Ultra Ball on the island you can use to catch it. As for where it is, you need to flash a ticket to a guy on a boat in Castellia City, the site of the second Gym. After getting it, you probably could solo the game with it, but you may want to be a little more sane than that and balance it in your party.

On to the story. A lot of people were impressed with the story, but I wasn’t. I guess I was expecting more, but it’s Pokemon. The story is decent, it just won’t blow your mind away, mainly because it is for a younger audience.

Team Plasma thinks Pokemon don’t belong in Pokeballs, partially to create a dilemma for the protagonist, partially because Game Freak wanted to get a kick out of parodying PETA. They then act all hypocritical, “This is for the Greater Good, The means justify the end…” Blah blah blah

I kinda tuned it out and just flattened them.

The silver lining is that the story is better than other Pokemon games and Team Plasma comes to you. I mean that you see them as often as Ash sees Team Rocket. You do have to go on a quest for them post-game though, which is more entertaining than it sounds. Also, the Gym Leaders may only fight you on-screen, but they appear to do stuff in Events nearly every time you go to a city. Maybe they realized they would have been fired for just sitting at the ends of mazes waiting for 10-year-olds to beat them up and not helping the endangered people in their cities. The two rivals will also randomly show up to help you or stand in your way a lot too, which is good since both their egos need deflating.

In conclusion, this game really got me back into Pokemon, because I lost interest as I grew older in the games, but Black and White had just the right blend of Nostalgia and new features to pull me back in.

I highly recommend this to die-hard fans and newcomers. 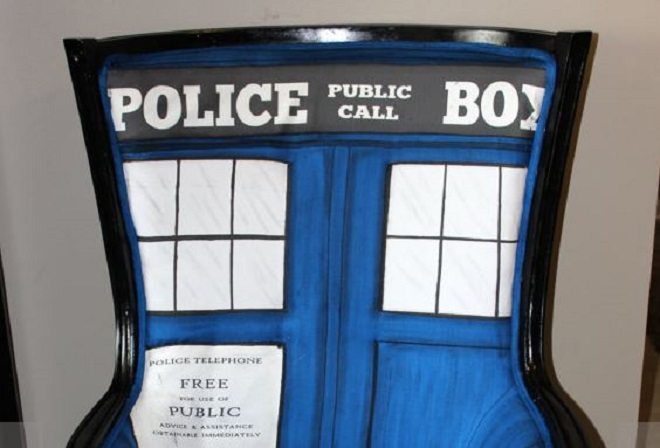 Take a Seat in This Beautiful TARDIS Chair