The sewer under Greene Street was only four feet high. It got smaller and smaller, until they were forced on hands and knees, then eventually on their bellies. Crawling through raw sewage. The ceiling was higher on Canal Street, they report, but the floor was caked with so much feces they sank in it like quicksand. They were turned back by an impassable mountain of waste.

I am becoming obsessed by the media juggernaut developing around urban explorer and photographer Steve Duncan these last couple of days. On January 2, I listened to an audio diary on NPR‘s “All Things Considered” of just one 7-day, 25-mile journey in New York’s “undercity,” and was immediately hooked. By January 3, I was reading about this same excursion online in The New York Times and on Boing Boing.  Duncan, an urban history PhD candidate at University of California, has crawled through tunnels and sewers and up bridges world-wide filming himself in order to document the complexity that exists in the urban spaces around us.

I watched a half-hour clip of a video called Undercity (filmed by nimble videographer Andrew Wonder) following Duncan’s travels through underground Manhattan, The Bronx and Queens with my two sons last night–the ensuing conversation alternating continually between, “Ohmigohd, don’t ever think of doing anything like that–ever!” and “Cooooooooool!”

Sometimes the boys commented, as well…

My husband, an executive for the Metropolitan Transit Authority, watched alongside us with a slightly-jaundiced eye. “I’ll grant you: This is absolutely interesting…but some-18 year-old is going to get killed trying to copy this guy.”

“Possibly,” I admitted. “But then, when the alien invasion occurs, Steve Duncan’s encyclopedic knowledge of New York City’s systems, architecture and geography will save Gotham, charges of reckless-endangerment will be dropped and mankind will collectively thank him for his folly!”

My husband is silent for a moment after I finish, shakes his head: “He’s really not all that good looking, you know.”

But its the sewers I’m fascinated by, as much as the man (who, for the record, bears a faint resemblance to Owen Wilson). I keep going back to visit Steve Duncan’s photos on Imagekind: their use of light and shape. He has turned the world’s sewers into images that are palpably gorgeous, often other-wordly. I am glad that they exist.

However, I’ll leave the actual sewer-exploration to the professionals. 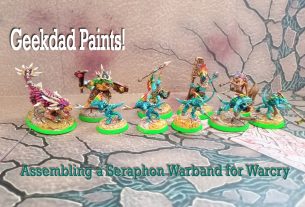 6 thoughts on “Don’t Try This at Home: Undercity”