The rows of comic books lining the walls of a comic book store might look daunting to newcomers. Title after title beckon new readers, but it’s hard to know where to start (or how to return to the fold if it’s been years since you read a comic book). If you’ve been looking for a few good titles to get into comics, consider giving these three DC Comics “digital first” books a try.

To buy and read digital comics, you can find web sites and apps from each publisher, such as DC Comics and Marvel, or download ComiXology for a wider selection. (There is no pricing difference between the apps.) DC’s digital first comics are readily available and only 99 cents to buy.

Digital titles from DC Comics include Injustice: Gods Among Us, Batman ’66, Batman Li’l Gotham, Arrow, and more. To get started on your path to comic book obsession—or even to start your preteen on his or her own—I recommend these three fantastic recent issues from Adventures of Superman, Batman Beyond, and Smallville Season 11.

The issues of Adventures of Superman are typically one-shot stories that harken back to the old school Man of Steel, before he was broody and Snyder-y. Adventures of Superman #12, written by Rob Williams with art by Chris Weston, is told from a unique point of view: Ma Kent’s. It can’t be easy being the mother of the world’s greatest hero, and this issue relays that beautifully.

There’s even a cover by Bruce Timm, pages packed with Superman in action against classic villains like Brainiac and Grodd, and a good ol’ fashioned “Great Caesar’s Ghost!” from Perry White thrown in. At only 99 cents, it’s quite a bargain for a story that any GeekMom can identify with.

Scott Peterson and Annie Wu bring Batgirl into the future of Gotham in a compelling three part arc starting with Batman Beyond #27. The issue kicks off with kicking butt as Commissioner Barbara Gordon jumps into the middle of a riot in one of Neo-Gotham’s roughest neighborhoods. Barbara holds off as long as she can, but when the tide turns, an unexpected ally enters the fray.

This new heroine is fearless and willing on to take on the mantle of Batgirl to save her own neighborhood. She’s not a detective, she’s a scrapper. I love the costume and look of Batgirl Beyond, which Wu created as the kind of character she wanted to see as a teen herself.

There’s been a lot of talk about bringing Wonder Woman to the screen. I wish that Smallville was still on the air, just to see the version of the Amazonian princess Bryan Q. Miller has crafted for that universe. Diana of Themyscira makes her grand entrance in Smallville Season 11 #56.

Miller and Jorge Jimenez start the issue with an absolutely adorable flashback to the first meeting of Diana and Steve Trevor, and the action kicks in from there. As the 12 issue “Olympus” story arc begins, Senator Martha Kent is under attack, and it’s not Clark who comes to her rescue. Who is the mysterious heroine? And what will happen when she crosses paths with Superman?

If these first forays into the DC Universe give you the comic book bug, head back to that comic book store. Not only can you pick up collected print editions of these digital issues, tell the staff at the store what you like about these. Chances are, they will have more titles to recommend. And then, guess what? You’re into comic books! 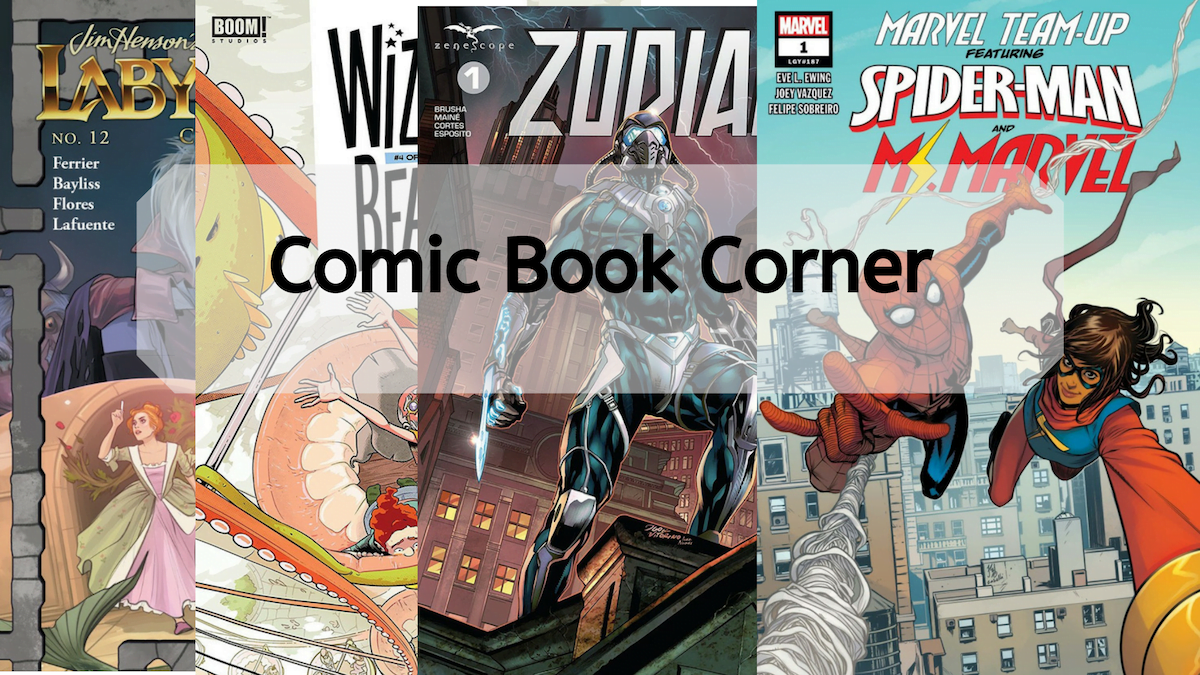