My brother Jon and I have a psychic connection through the ether. No, really!

Magic has been on our minds lately, what with a recent visit to the strange and moody Houdini exhibit at the Jewish Museum in New York, as well as some lively discussions about The Amazing Randi and his longstanding million dollar prize waiting for somebody, anybody, to prove something paranormal.

So when Jon and I brought up our thrilling psychic skills at the Thanksgiving table, we were met with a wall of skepticism. It was a steep, thick wall constructed mainly out of eyerolling and “Yeah, right’s” from the children’s table. Jon and I were undaunted.

We set up some cards as shown and the kids gathered around. As Jon turned his back to the table, we demanded quiet to clear and stabilize our ether channel. (“Come on, Mom, stop with the ether baloney!”) Then one of the kids selected a card by silently pointing to it. I said, “OK, ready, Jon?” and proceeded to call out some cards one by one. At each one, Jon said, “No, that’s not it.” At the fifth card, which was the card, Jon said, calm as Xanax, “Yes.”

The kids exploded. “Oh, come on, that’s so easy!” they crowed, yelling out how they thought we did it. And so began the Great Hypothesis Testing of 2010.

Test: My niece silently pointed to a card and whispered in my ear, “Make it the second card you say.” I dutifully called out another card first, and the card second. Jon got it. No matter how many cards she told me to say first, our psychic connection prevailed.

Hypothesis 2: Jon can see a reflection of me in the window pane and I’m blinking a certain number of times.

Test: Jon moved his chair far away from the window, still with his back to me. We were still psychic.

By now the adults were gathered around with their drinks. There was some shuffling of feet, a few cracks about our mental stability. Then: “Wait. How are they doing that?”

“It’s the ether channel!” we cry, palms and eyebrows raised.

Test: Instead of me naming cards one after the other, my son named the cards I pointed to, using whatever pauses he liked. Jon still got it right.

Hypothesis 4: If we switch places, we’ll get totally screwed up, dudes.

Test: We switched places. We did not get totally screwed up, dudes.

My niece was the first to crack. “Just TELL us! How do you do it?” A few grownups took up her cause: “Come on now, how do you do it?” And so we told them — we’d been telling them all along — it’s the ether, dammit. A generalized crazy began to set in.

Hypothesis 5: If we’re on the same ether channel, then like TV channels, we should both know the channel number.

Test: Jon whispered the ether channel number into my son’s ear and then I did. It was the same channel number. There was general mocking of this test, since Jon and I must have simply agreed on a channel number beforehand, being the slick snake-oil salesmen that we are.

Hypothesis 6: It has something to do with the numbers or suits of the cards I say leading up to the card.

Test: We ran it through a few times using only suits. Then only numbers. Our psychic connection was unharmed.

At this point we had to break it up for various hysteria- and dessert-related reasons. The kids were clinging to us, begging “Tell us! Tell us now!” Trying to keep afloat above their grasping hands, I cried “If we tell you then you won’t have the pleasure of figuring it out! It’s the thrill of the chase!” This line of argument was not, shall we say, highly popular.

So yesterday I cracked under the pressure and told the kids the trick. I suppose that’s a fail for the critical thinking lesson. But hey, today they’re driving their schoolmates insane, so maybe one of them will figure it out.

P.S. Anybody want to venture a guess how we do it? There’s a big clue in this post.

GeekMom Secret – Where to Find the Best (Free!) Map. 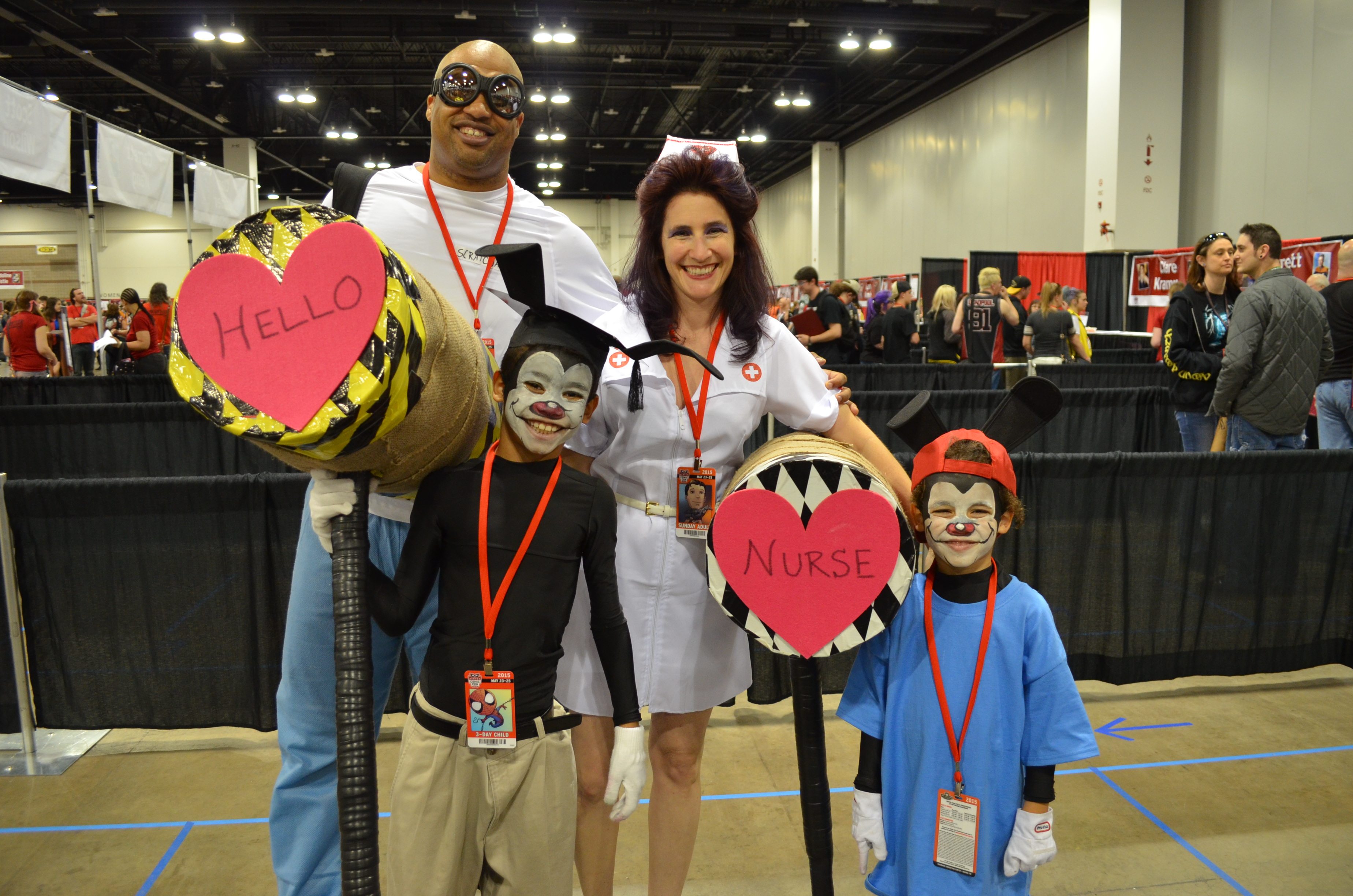