Regardless of what holidays you celebrate, the end-of-year festivities are right around the corner. If you choose to purchase gifts online, you need to order then in advance to allow for shipping time, backorders, and comparison shopping. We at GeekMom are here to help you with ideas for anyone on your gift list, from babies to grownups. We’ll be running a series of half a dozen or so posts, sorted by category or age group, with suggested gifts this holiday season. Many of our writers have contributed to our series of gift guides, so the ideas run the gamut from popular bestsellers to more obscure, interesting gifts with which you may not be familiar. Chances are there will be something that appeals to you. Feel free to add your own recommendations in the comments below.

Like last week’s Book Gift Guide, this week’s guide has a product category theme, Games. Learn about some of our favorite board games, card games, video games, and other types of games. The holiday season often means an impromptu game night, so I hope our suggestions add some variety to your fun!

Anomia
One of this year’s Mensa Select games, this seemingly simple card game will make you laugh and drive you crazy. You’ll also find yourself saying, “Uh.. Um..” a lot. It’s a fast paced game of pattern matching and finding words that fit into categories before your opponent does. It is great fun for many ages and group sizes. Play it full speed for teens and adults, or slow it down to include the kids. The simplicity of game play is appealing, yet it’s unlike anything else out there.

Rory’s Story Cubes
Rory’s Story Cubes are a set of nine storytelling dice with universal images and themes on them. With a group, roll them and tell a story using all of the dice. On your own, roll them to inspire creative writing. You can also make up your own games! These dice are versatile, and children naturally know what to do with them. Made by The Creativity Hub in Ireland, you can take Rory’s Story Cubes along with you on a trip, to holiday gatherings, or just keep them in your bag for instant inspiration.

Lego Harry Potter: Years 1-4 Wii game
Great video game, or the greatest video game? If you’re a fan of both Lego and Harry Potter, the answer may very well be the latter. Potterphiles will delight in playing as Harry, Ron, Hermione, and more as they make their way through the story arc of the first four books, facing off against Lord Voldemort in his various forms. The puzzles are challenging without being frustrating, and interacting with Lego Hogwarts is a treat. Also available on Nintendo DS, PS3, and XBox.

Quao
Looking for an inexpensive gift for a teen – or need to recommend a stocking stuffer to Santa? Quao (pronounced “cow”) is a card game from Wiggity Bang. The premise is simple. Be the first to discard all of your cards and you take the round. Win four rounds, and you’re the winner. The game requires players to follow instructions and share their thoughts on a variety of topics. The open-ended questions allow for a new answer each time and while there are no extra points for creativity, there’s plenty of potential for zany answers. Suitable for ages 12 and up. $11.

Chronology
Place cards in chronological order to win this history game. Sound simple? If the dates are close together, it can be tricky. Take turns placing new cards in amongst the cards you have already. A wrong answer gives the next person a chance to place the card amongst their cards. The instructions say that the first person who gets five cards in order wins, but that is much too easy. The older version of this game is better, if you can get your hands on it, and it requires you to go to ten cards. This is much more of a challenge. This game is best played by history-loving older kids and adults who are evenly matched.

Mille Bornes
Created over 50 years ago in France, this family favorite has you car racing against your opponents, playing distance cards, trying to avoid hazards, saving up remedies just in case, and hiding safeties until you can triumphantly yell, “Coup-Fourré!” and gain extra points. Playing Mille Bornes is a real treat. Give it a try if you have never played.

Settlers of Catan
If you tire easily of the same old, same old when it comes to board games, consider Settlers of Catan. In this strategy game, players collect resources that are used to build roads and settlements. Set in the mythical world of Catan, the game has a medieval feel as players barter and trade their resources. But here’s the uber-cool part: Comprised of sturdy cardboard hex shapes that can be arranged in myriad ways, the lay of the land changes every time you play. Three to four people can play the basic game, but for larger crowds or serious Catan fans, expansion packs like Cities and Knights, Seafarers of Catan, and Barbarians and Traders extend the possibilities. Suitable for adults and kids 10 and up. It sells for about $35, making it a great choice for a family gift.

Scrabble Flash
When you combine Scrabble with some really cool technology, you get Scrabble Flash. Letters appear on the cubes, and when you put them next to one another, they’ll recognize if you’ve made a word and score accordingly. There are different possibilities for solo and group play, and the game is fun for beginning readers through puzzle-addicted adults.

Richard Scarry’s Busytown
I loved Richard Scarry’s books when I was a kid. So, when I found Busytown last year while doing some Christmas shopping, I couldn’t pass it up. This “I Spy” type game focuses on teamwork to get to the picnic at the end of the board before the ants eat all of the food. If you have younger kids and like playing games with them, I recommend picking this game up to put under your tree this year.

Super Circles
This ultra-portable and fast-paced card game is great for anyone with quick hands. No reading is required (other than the numerals 1 through 4), and is fantastic for multi-generational play. To play, match colored rings on subsequent cards, but they have to be the same color in the same numbered ring. Be fast, though, or someone else will play on the pile and you’ll have to find another card to play! Since everyone is playing at once, you have to be quick because the circles on each card are different. Play your entire hand to win.

Bananagrams
Play many word games with Bananagrams, a free-form crossword puzzle game. Arrange letters to create words, then connect words to each other to create a crossword. Once you’ve mastered the basic game play, get Bananagrams! The Official Book, which is filled with challenges and games to play with the Bananagrams tiles. Great for educational use or for any game night.

Lego Games
In the last year or so, Lego has put out a slew of board games. They are designed to be customizable to make up your own games with the pieces, or just play as the instructions suggest. Some titles include Minotaurus, Creationary, Pirate Code, Ramses Pyramid, Atlantis Treasure, Wild Wool, and even a Lego Hogwarts Game.

Numbers League
What do you get when you combine superheroes and math? Numbers League is a superhero building card game that requires you to do plenty of addition. Perfect for teaching kids their math facts, or for anyone who enjoys math, you mix and match cards to create unique superheroes to defeat villains. The basic set has two levels of play, and you can also get an expansion pack that includes multiplication and decimals.

Torres
This strategy game is great fun even for people who roll their eyes when someone says, “Let’s play a strategy game!” In the game, you build and inhabit castles to score points, and use special cards to make special plays. There are two levels of play to challenge any newbie or strategy lover alike.

TransAmerica
Not another train-building game, you say. Well, TransAmerica plays much differently from Ticket to Ride, and is even thought by some to be even more fun. Race against your opponents to connect your cities up with track, while linking track with other players to expand your network.

Word on the Street
One of this year’s chosen Mensa Select games, this team-based word game will increase your vocabulary while you laugh and play. Pull letters to your side of the street as your opponents pull back. Think of words with rarely used letters, or words that use the same letter multiple times. This fast-paced game can easily be slowed down or made more cooperative to play with children, or you can play Word on the Street Junior which has more tiles and more cooperative rules.

10 Days in… Games
The entire series of 10 Days in… games teach about world geography. Pick an area of the world, such as the USA, Europe, Asia, Africa, or the Americas, or get one of each and play 20 Days Around the World. For each of the main game versions, game play is very similar, but there are a few differences to each one, in addition to the completely new maps. Regardless of which game you try, you will learn something new about the geography of the world.

Wits & Wagers
Combining trivia and betting, Wits & Wagers is easy to learn and fun to play. All the trivia questions have numerical answers. Each player answers each question, but then you bet on which answer is the closest to the correct one. You don’t have to know the answers to the questions to win, you just have to bet well.

Stay tuned next week for our third gift guide! 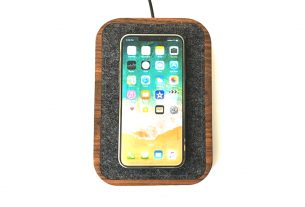