Dirk Gently is a quick witted, fun frolic through the world of Douglas Adams via the mind of Max Landis. GeekMom Karen interviews the cast and reviews the show.

Need an extra boost of confidence to face your nemesis? Here are some of my favorite ego-boosting, up-to-no-good, rebel-without-a-cause quotes to motivate you!

Park the gadgets and keep the road trip bonding flowing with our extensive list of great audio books the whole family will love. 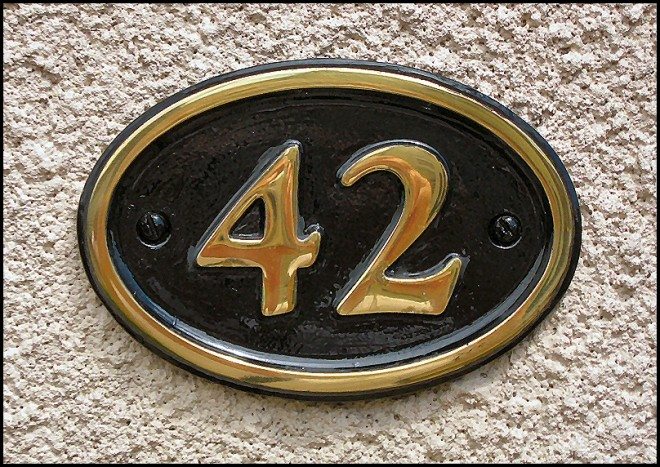 Any good geek knows that the answer to the great question of life, the universe and everything is 42, but were you aware just how often that number has crept up in pop culture? From apartment numbers to Hurley numbers, dates to car registrations, the number 42 is everywhere when you start looking hard enough. Here are 42 examples of the number turning up in pop culture.

Back in 1978-1979, Douglas Adams was a Script Editor for Doctor Who. One of the scripts that he wrote, Shada, was never completed due to a labor strike and was left unfinished until now.

In memory of Douglas Adams, May 25th is Towel Day. Excerpt from Ch 3 The Hitchhiker’s Guide to the Galaxy: A towel, it says, is about the most massively useful thing an interstellar hitchhiker can have. Partly it has great practical value. You can wrap it around you for warmth as you bound across the cold […]

On this day  in 2001 Douglas Adams died and the world became a little less nonsensical. He is best remembered for The Hitchhiker’s Guide to the Galaxy, which started life as a BBC radio series before being novelized, produced by the BBC for television, serialized in comic form, adapted for a video game, and in […]

A few years ago, I inherited some of my dad’s book collection when my mum decided to have a clear out. Included in the books were all five volumes of Douglas Adams’ Hitchhiker’s Guide to The Galaxy “trilogy.” I couldn’t wait to read them. As a child, I had been brought up watching the 1981 […]

If you’ve got a Hitchhiker’s Guide to the Galaxy fan with a birthday coming up, this Magrathea whale cake is easy to make, even if you don’t have much cake decorating experience. Don’t panic!