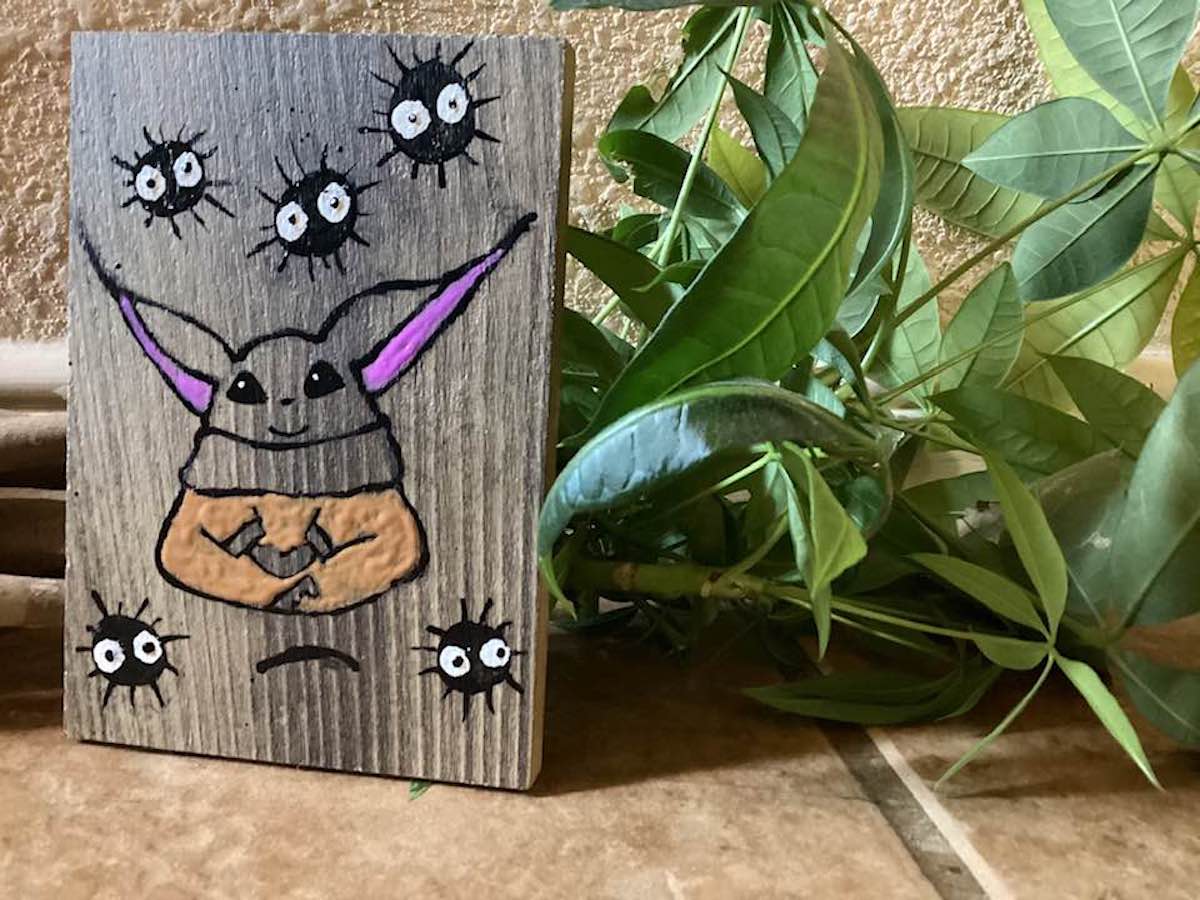 This month, Studio Ghibli collaborated with Lucasfilm for a short and sweet hand-drawn surprise, Zen – Grogu and the Dust Bunnies.

The small piece was directed by Katsuya Kondo, who directed Studio Ghibli favorites like Kiki’s Delivery Service, and was accompanied by the music of Ludwig Göransson who did The Mandalorian score.

There is no dialog, just three minutes of, well… zen, as Grogu encounters some little “soot sprites,” a familiar critter for those who know Studio Ghibli films. According to sources like Dork Side of the Force, the little short plays into the Zen concept of a circular figure, or “Enso,” that symbolizes a freeing of the mind so the body can create.

I might not be very good at explaining the entire concept in detail, but as Grogu’s state of zen is inspiring creativity, I’m going to help you create a simple little Grogu doodle inspired by this beautiful Studio Ghibli Star Wars short.

Start with a simple Grogu like the one on the official poster.

Make a little gumdrop, and draw two slightly curved lines across the middle for the collar. Now the gumdrop looks more like a piece of candy corn.

Draw his face with a tiny line in the very middle of the top section for the nose and a small curved “smile” towards the bottom. Draw the eyes on either side of the nose in the top section of your body. Fill in the eyes with black, and use one dab of white to highlight, if you want.

Draw two large “leaf-shaped” ears on either side of the head, with one line down the middle of each ear.

In the lower half of his body (under the collar), draw two little rectangles for the arms, and add a little “heart” between them for the hands.

Finally, draw a little sideways “crown” for his feet.

There’s your Grogu, and he seems very happy. A little line drawn underneath can even make him float.

The dust bunnies (soot sprites) are much easier to draw.

You simply need to draw a circle for the body, add two large circles with a dot inside each one for the eyes, then draw a series of lines around the outside of each circle (like a simple sun). Shade the dust bunnies in with black or grey, and make the eyes white.

There are five soot sprites featured on the poster and in the short, but since this is your own doodle, you can draw as many dust bunnies as you want to make you happy.

Practice this doodle on a piece of plain paper a few times, and when you feel happy with it, doodle it on a small piece of wood, cardboard, calligraphy paper, or even a piece of sandpaper to give the background some texture and life.

I used a small sample piece of wood from a hardware store, but you can find similar little scraps probably lying around the yard or garage.

Use what you like and let Grogu and his “dust bunny” pals happily meditate. However you draw it, remember to keep it simple, keep it happy, and let it remind you to take a moment for peace and creativity from time to time. 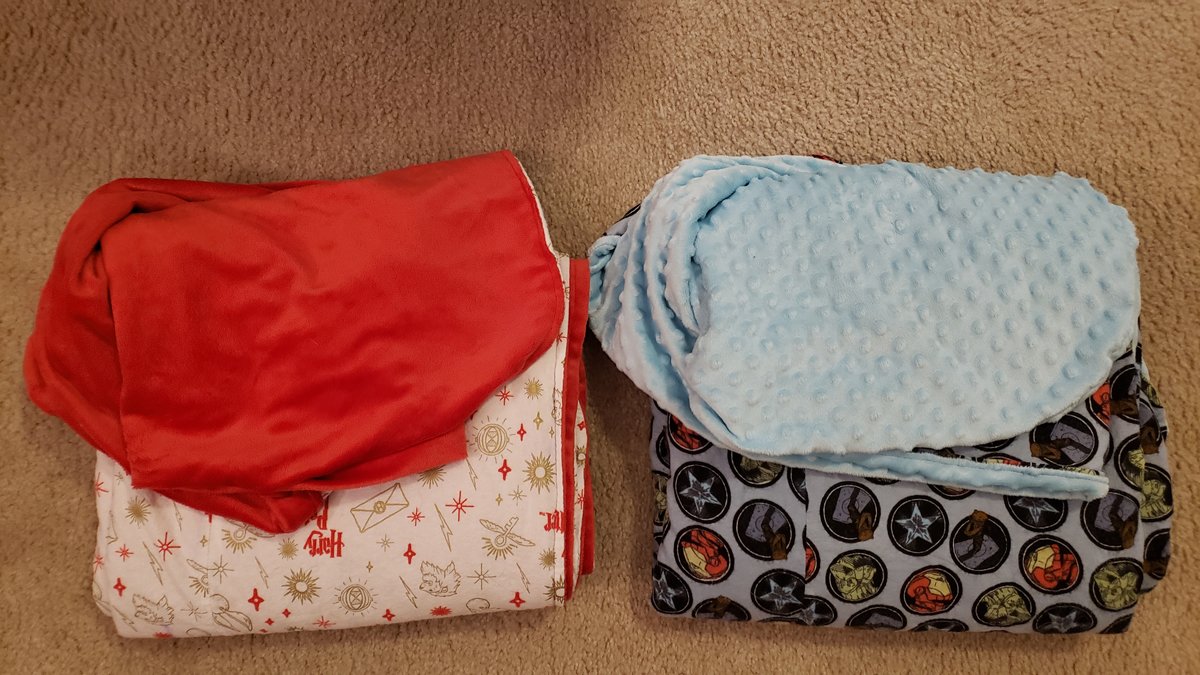 Sewing With My Boys: Double-sided Cuddle Blanket from Choly Knight