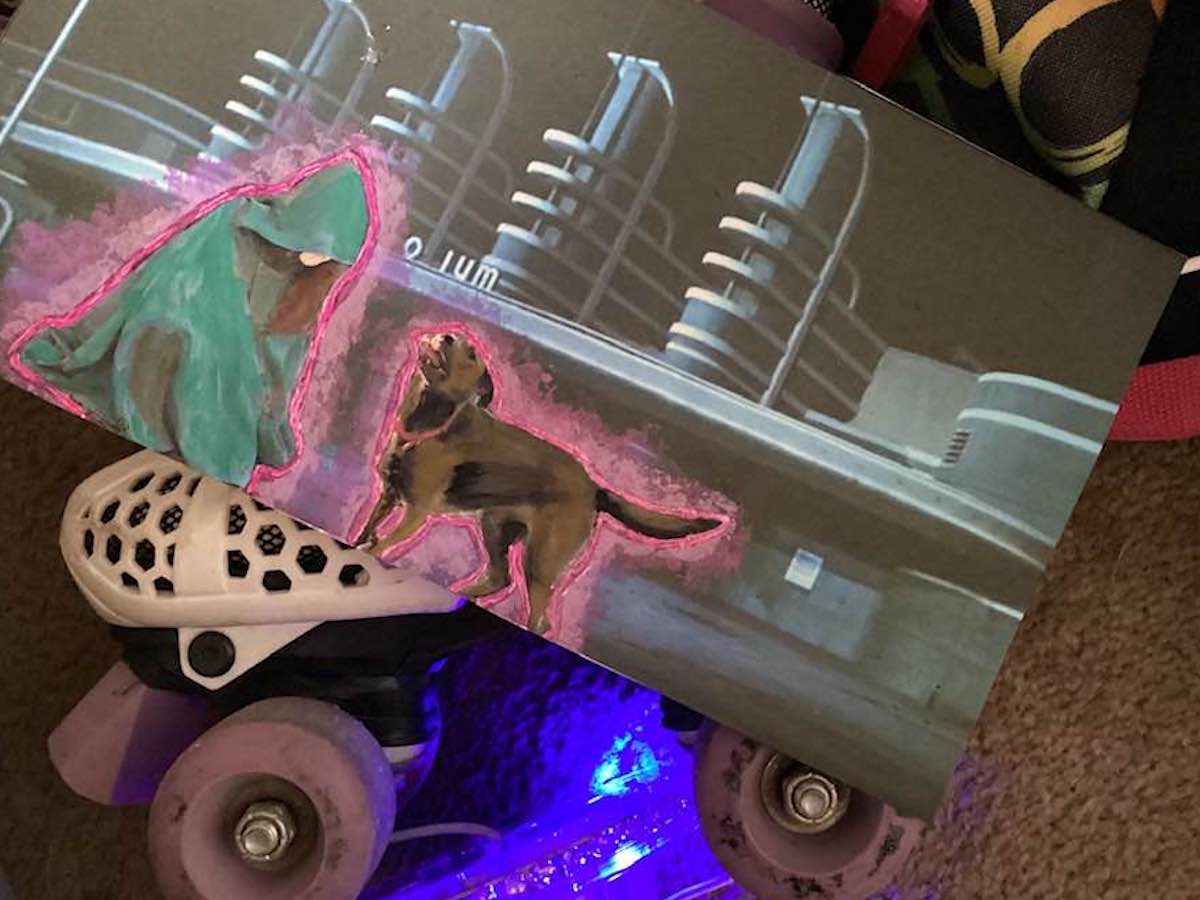 When Olivia Newton-John passed away this month at age 73, the loss was felt around the world. There were many who knew her who commented on her kindness and talent, but for most us parents of Gen-X age, she was a big part of the pop culture landscape. In grade school in 1978, you couldn’t get away from people quoting or singing bits from Grease. Two years later, when the roller disco era began merging into the ’80s, Xanadu was released. It wasn’t a very good film at all—a muse helps inspire a dude to open a night club. And it was starring the guy from The Warriors and Olivia Newton-John.

The worst thing about this cheesy movie is admitting we enjoyed it, and it wasn’t until Newton-John left us that people started publicly declaring they were Xanadu fans.

In remembrance of the impact Olivia Newton-John had on the pop culture of the era, as well as the goofy fun of Xanadu, let’s try an easy project Gen-X parents can make with their kids… a “Muse Yourself” fun art piece.

When the movie Elvis came out, we did a glitzy collage in the spirit of Baz Luhrmann films. This will be similar, only with fewer materials and more in the vibe of the ’80s. This will mimic the opening scene in Xanadu, where the muses comes to life from the retro street art while Electric Light Orchestra declares “I’m Alive!”

You’ll need to print out a few fun full-body images of yourself, family, and/or friends. If you don’t want to use yourself, you can get pictures of your pets in motion, or a favorite fictional character (as portrayed in a live action show or film).

Next, get some acrylic or craft paints and lightly paint over a few of the details in the the picture (just the person or pet, not the background). Think of it like adding details to a paint-by-numbers image. This will help turn the subject in to sort of live-action/street art hybrid. Put it aside to dry.

Now find a background. It can be a solid color construction paper, or an image of a cool, retro diner, hotel, or other landmark. Thicker paper works better, so if you are using a magazine image, lightly glue it to a piece of piece of construction paper, cardstock, or cardboard.

Go back to the images you painted and cut them out. Place them on the background image, and trace around the edges. Don’t glue them yet! Remove the figures and set them aside.

Now, it’s time to make the glowing “coming alive” effect on your muse using just paint and gel pens. One reason to do this before pasting down the figure is you don’t have to worry about painting on top of the image.

We’re going to make three simple layers around the edge of the image.

Layer 1: Using purple, slightly watered down, dab a small brush around the edges so it looks a little transparent. 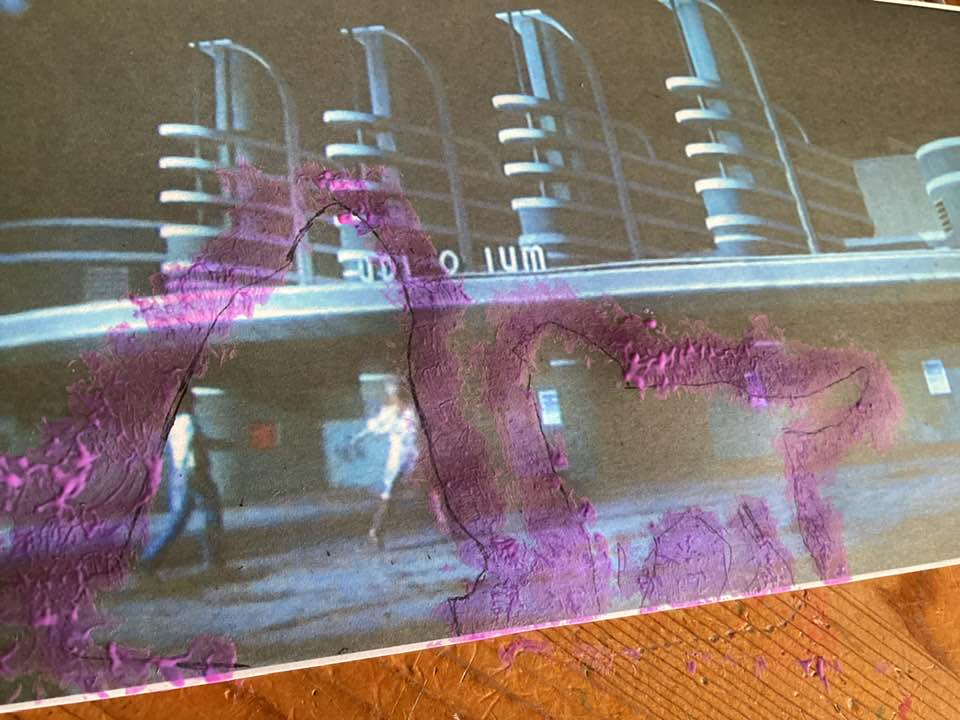 Layer 2: Mix a little white with the purple and paint closer to the inside edge of the first layer. Make this one a little less transparent than the outer edge.

Layer 3: Use a bright neon pink gel pen and draw around the inside edge of the image. It is okay if it goes into the blank space of the cutout a little. 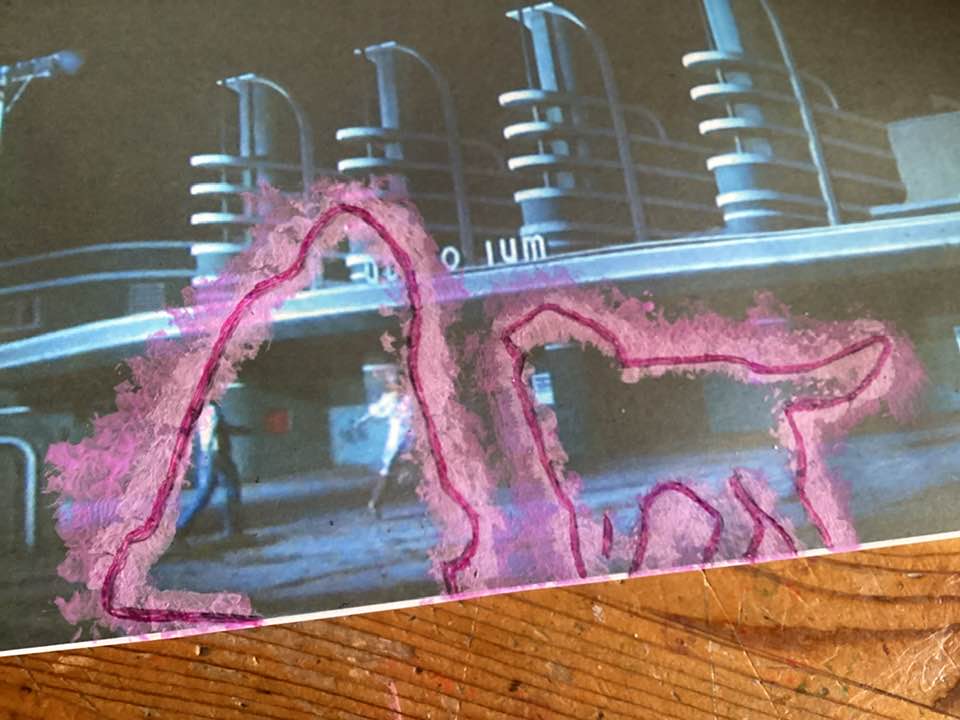 I’m sticking with the purple and pink colors used in the film, but if you want to “glow” in any other colors like blues or greens, feel free to experiment.

Once the “glow” is done, lightly glue or use double-sided tape to put the cut out image back in place.

Now you have a groovy, awesome personal muse painting getting ready to burst in the magical world of Southern California… or wherever you want it to go.

When a public figure dies, even those we don’t know personally, it is a reminder that life on this particular planet is finite, no matter what we feel about what happens after.

I hope this fun little project lets us remember the fun, neon-colored energy of the late ’70s and early ’80s when Newton-John was at her peak. I also hope it lets us appreciate that right now, whether life is perfect or not, we are alive, and that is something to celebrate. 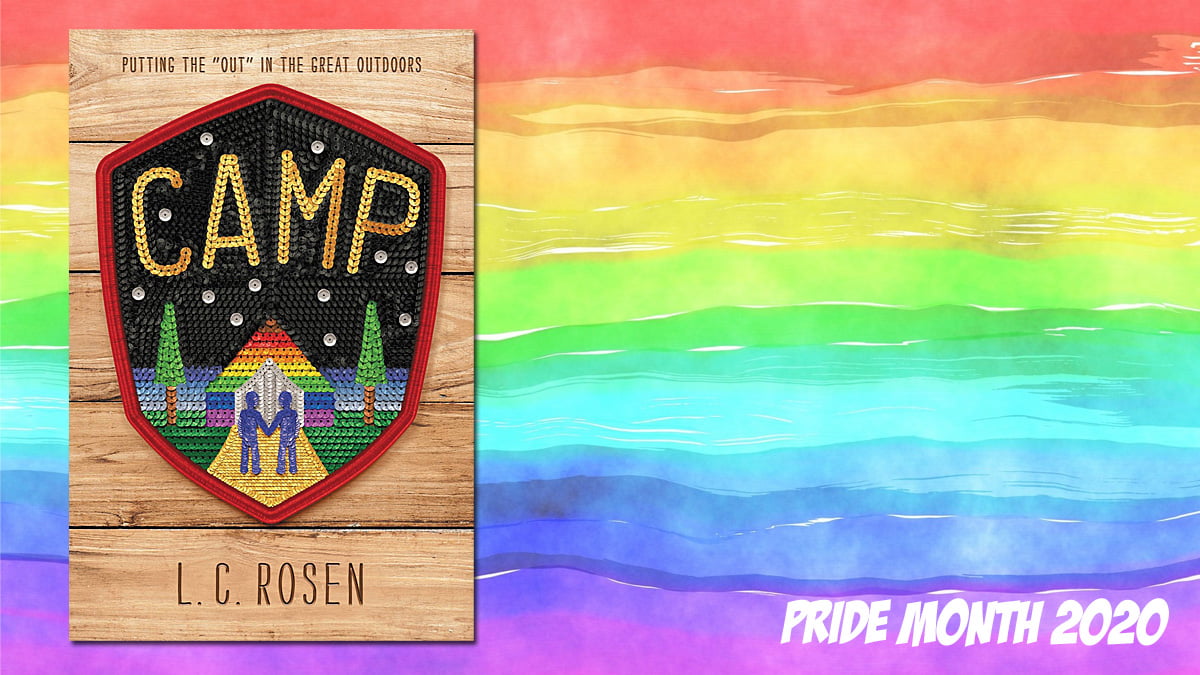 How to Make Steampunk Goggles (Part 2)