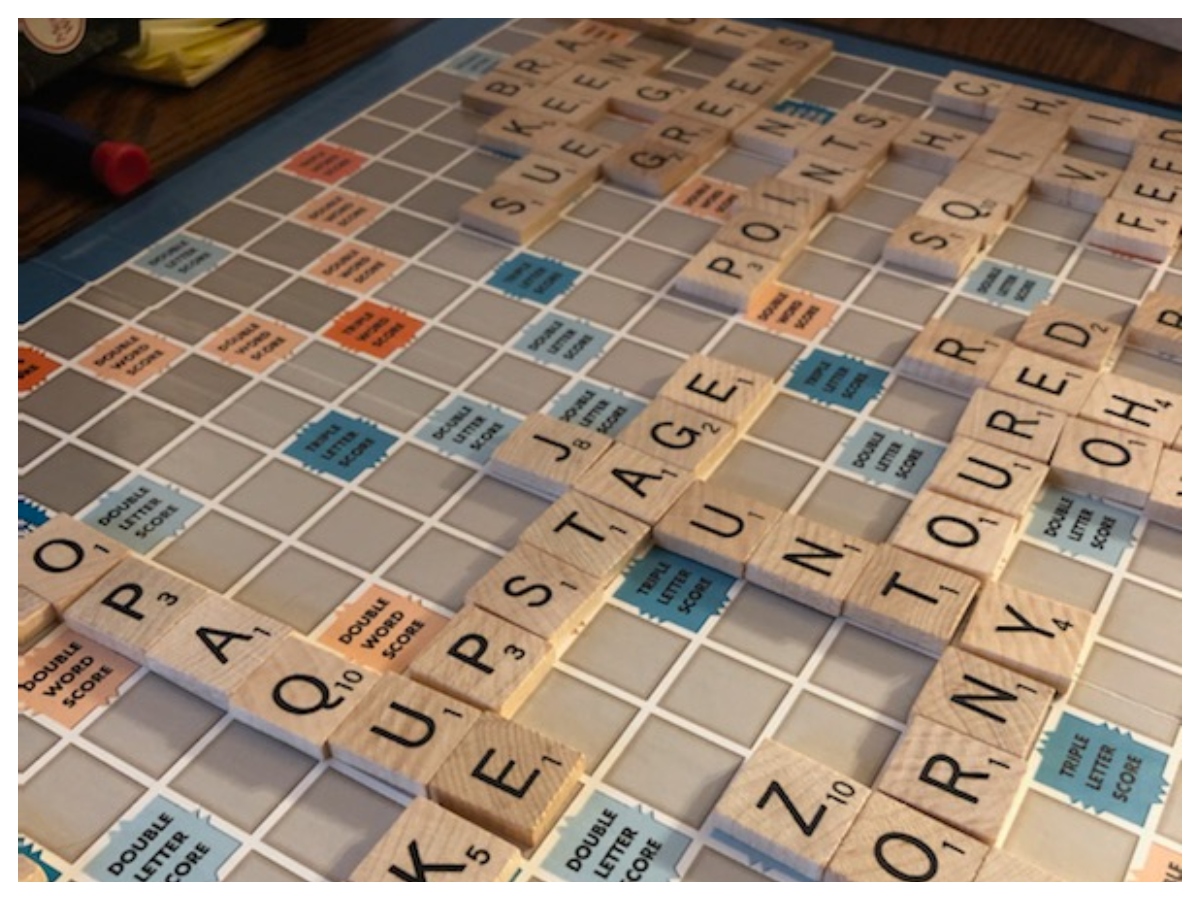 I have been called many names in my time. My given name is Sarah Ann Bennett. My married name is Sarah Ann Pinault. My author name for when I write the next 15 installment version of Bridgerton is Annette Brash, an anagram of Sarah Bennett. As a child I was Sarah, Benny, Ben, “Bennett woman.” I am daughter, sister, child, cousin, wife, mother, and so many others. I have been an English Literature student at Keele University. I have been an American Literature student at Keele University. I hold a Bachelor of Arts in words and a Master of Arts in words. I spend my days buried in words and numbers as a payroll specialist and generator of contracts. I can be found on a daily basis reading anything of Tolstoy, Maas, Quinn, Austen, and Riordan. In my lifetime I have written in excess of a thousand poems. I am immersed in words. I love words. I love how they feel, I love how they sound. I love coming upon novel uses of words. I love wordplay, and word games.

For the longest time my word game of choice has been Scrabble, specifically the 2004 variant edition of Super Scrabble which includes options for quadrupling your score. I have found a worthy opponent in my friend Cynthia, a fun opponent in my husband Ben, and an infuriating opponent in my son Toby. With Cynthia it is a battle of will step by step, as we cheer each other on with each well placed 74-point word. We play with words together. With my husband Ben it is the simple joy of seeing what words will come up next. My vocabulary spans two countries, his spans rural Maine. Even as I fly three digits past his score, he cheers me on, and we enjoy the game together. And when he does win, we revel in his words together. My son and I played Scrabble together for the first time last week and it is most definitely one of the circles of hell that Dante had in mind. I believe he and I shall be sticking to Upwords for quite some time.

Upwords is another matter entirely and has been something fairly new to me. I played it a handful of times as a child, but my dad was a Scrabble man such as myself, and so it did not linger on our play shelf. My husband’s family played Upwords incessantly, and so it is this game he brought forward to our children. My kindergartener is finding it especially fun and useful as she is in the “sight word” stage of her education, and this is a game that she can take to with great aplomb. There is a never-ending race to see who can build the first and most towers of five tiles. I find it hard to put aside my Scrabble tendencies, though I am immensely appreciative that in Upwords the “Q” tile is represented by a “Qu” and you are not expected to use two tiles for the “Q” words.

Scrabble has been on the back burner while our children were young, but in the past few months it has become a frequent addition to our weekly game nights. I find myself reacquainting myself with a quantity of quintessential and quality “Q” words such as quay and queue and bisque. Cynthia and I are in a mad dash to remember every two-letter word we ever learned, and rejoice when we are able to interlace the creation of several words by virtue of these simple but powerful links. When the word “dads” was played, we joined forces in an attempt to create “crawdads” though neither of us was successful. While every so often we will throw in a game of Bananagrams or SproutWord, it is the tried and true Scrabble and the Pinault family favorite Upwords that dominate the game of words in our house. Not even a flirtation with Words with Friends in the mid 2010s could knock these two off their pedestals.

While Scrabble may be my “meat and potatoes,” Wordle is my handful of Starburst. I cannot resist. It is not the first thing that pops into mind when I wake up in the morning, but the moment it does occur to me, whether over my first cup of coffee or my second breakfast, I then have to stop what I am doing and play the game of five. I have a preference for the New York Times online version, which releases a new word everyday, while my dad prefers the knock-off version that allows you to play unlimited words every day. For weeks I watched the little boxes flood the pages of my Facebook feed, before I finally took the plunge to see what everyone was doing. I regret those weeks, I really do. For those of you who have yet to take the plunge, I would urge, encourage, nay even admonish you do so at your earliest convenience. You are given six chances to guess a randomly selected five-letter word. When a letter is in the right spot, the square turns green. A letter that is correct for the word but in the wrong place will turn yellow. A completely useless letter turns gray. When all five squares are green you become master and commander of the entire universe.

There is something so satisfying about seeing those little boxes turn yellow, or even better, green. There is nothing that stings more than trying a word and forgetting to keep a character in a green box. There are words that end up being so simple that I am shocked at the words I wasted my guesses on. There are words so arcane, that I have no idea how anyone would have guessed it. Then there are the words sent purely to torment us. We’re talking the power/tower/cower/mower variety. 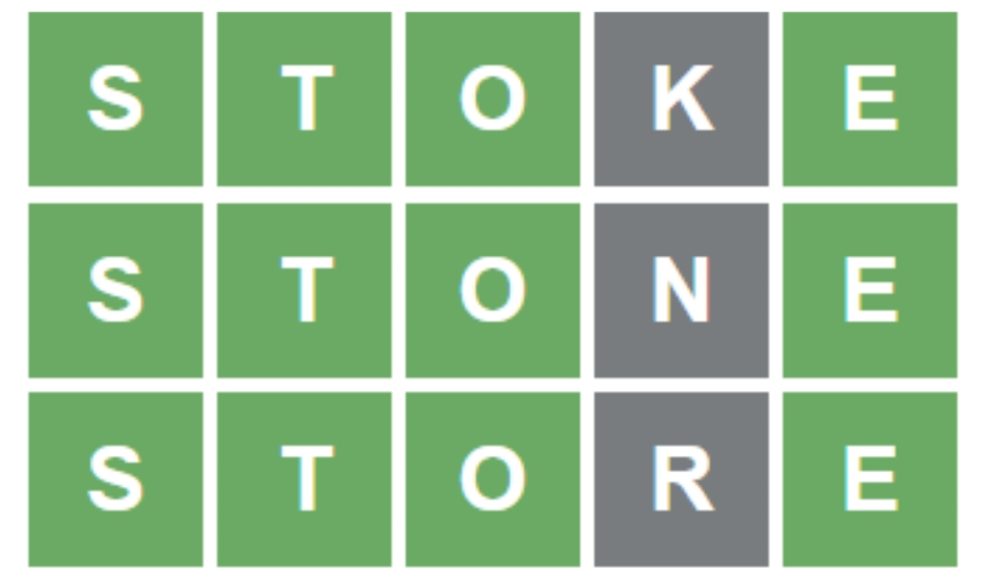 There is nothing more frustrating that hitting that perfect storm of green tiles, only to be thwarted by a single letter and a word with so many possible combinations. Yet not enough frustration to stop me from coming back the next day to see what could or would have been, or is it mould?

My husband and I can’t play this at the same time as each other because his strategy is absolutely, breathtakingly stupid, and I cannot bear to watch it. Unlike Scrabble, I do enjoy partaking in the daily Wordle with my son. His seventh grade homeroom class often does this together, so we don’t get to join forces very often. It is so much fun to watch him come up with all kinds of words that don’t exist, just because the letters make sense with what we already know. I do feel a little sad now that I know what the most mathematically optimal first guess is, so I think I will stick with my random choices each day.

In the wake of the popularity of Wordle, many similar tile games have been popping up. Friends of mine are becoming attached to Framed, a Wordle style game where you guess movie titles by the picture given, each line giving you green and yellow squares, but also a new picture to guess by. This intrigues me less, as it is words that float my boat, not movie games. You can also play Worldle in which you attempt to guess the country by the shape of the outline. I have taken to Quordle, in which you attempt to complete four Wordles at the same time, with a quarter screen freezing once you have the correct answer. This one scratches that same itch, but with an industrial scratcher instead of a nail. 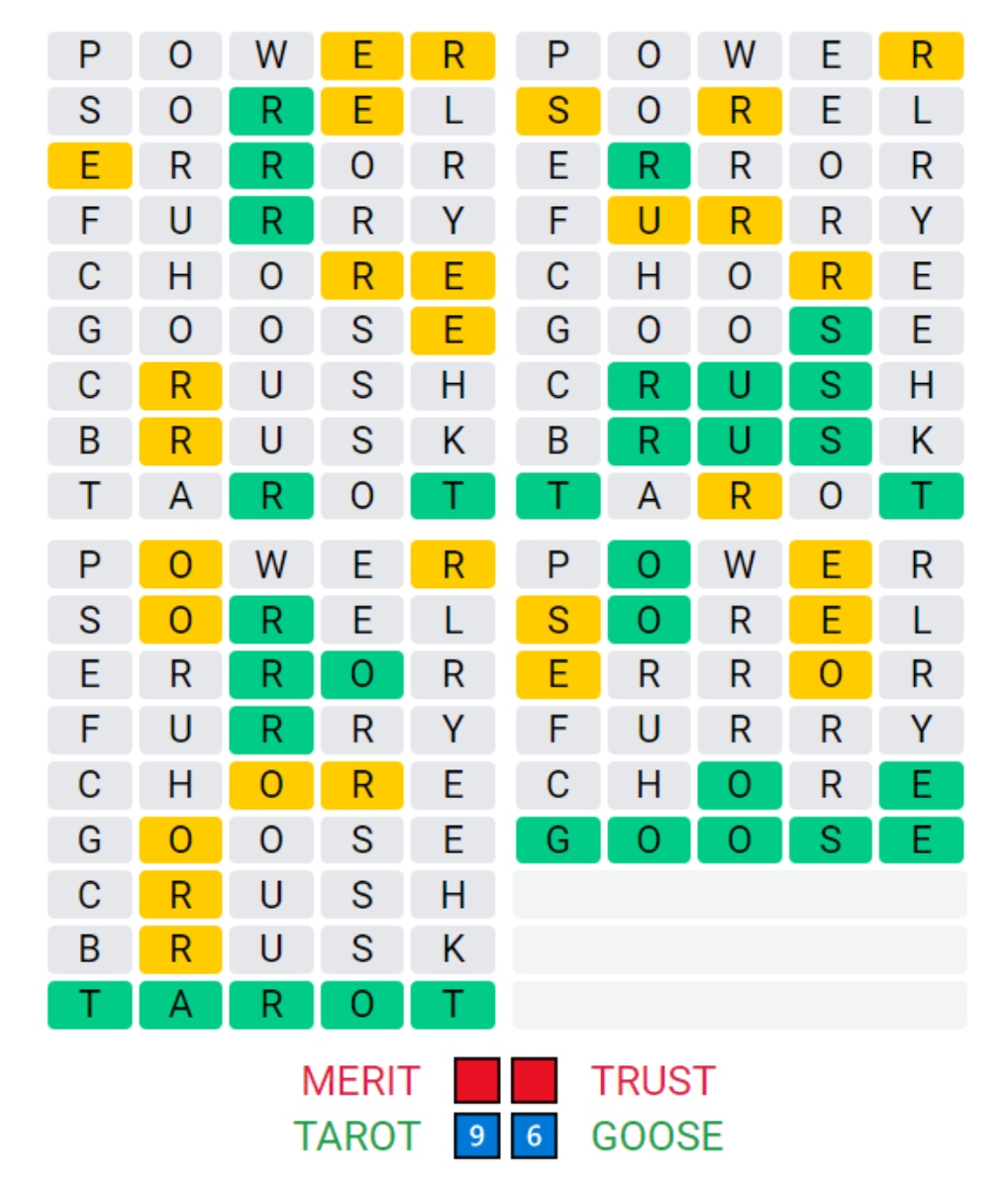 There are places where you can go to create your own Wordle using a word of your choosing to send to your friends, I’m guessing we may start seeing some Prom-posals using this kind of tool in the future. You can find Wordles that exceed the 5 letter length, and Wordles in other languages. You can even find a Wordle specific to words from the world created by Tolkien; Lord of the Wordles. Like the Sudoku craze that once ripped through society, only time will tell if Wordle will endure. But no matter what happens, I’ll still be up for a game of Scrabble.

Check It Out: Introducing Science Fiction Literature Age by Age 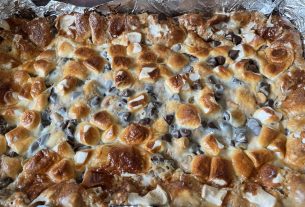