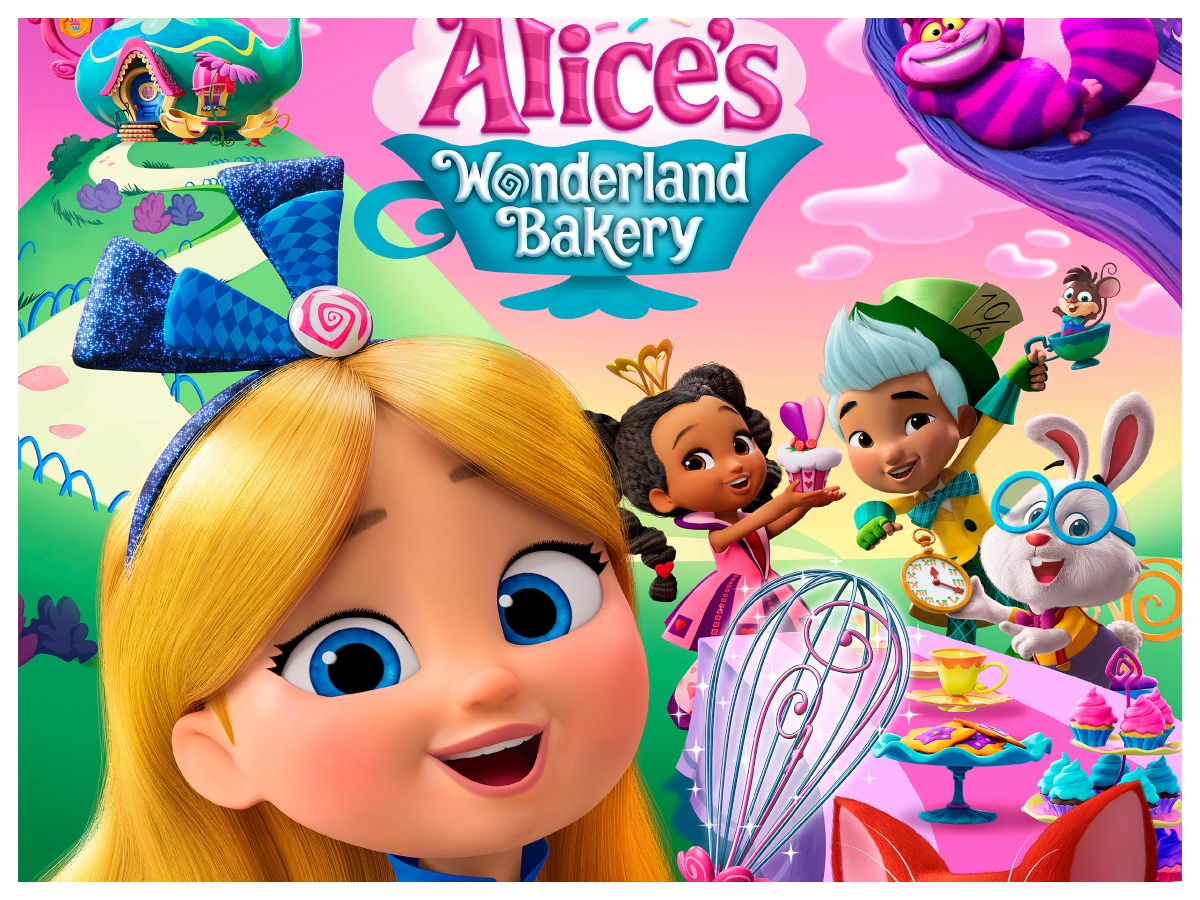 Last year my kids discovered the wonders of Disney’s Alice in Wonderland thanks to Mad Tea Party from Funko games. It was only recently we realized that they hadn’t actually seen the movie. Watching it with them was surprisingly joyful: they were taken aback by the absurdity, taken in by the episodic nature of the narrative, and absolutely enthralled from start to finish. This is unusual for them. We find that most of the pre-The Little Mermaid-era Disney movies can be a little on the slow side for them. Disney’s Alice in Wonderland however took them on exactly the right flight of fancy.

So they were beyond excited to see a trailer for Alice’s Wonderland Bakery. The show premieres on February 9 on Disney Junior and the Disney Channel with some availability on Disney+, and GeekMom has an exclusive clip:

The show focuses on Alice, of course, but this Alice is the great-granddaughter of the original Alice. This Alice is a wannabe baker at the enchanted Bakery in Wonderland. Accompanied by reimagined versions of our favorite characters as well as some new ones, we’re already excited to start exploring Wonderland this week.

Every episode contains two 11-minute stories, each centering on Alice’s magical recipe adventures. She is joined by her best friends in the bakery as she creates cakes and treats with enchanted kitchen tools and ingredients. The series aims to celebrate diversity through the use of food to highlight culture, collaboration, and the value of community. I’m getting some True and the Rainbow Kingdom vibes from everything I’ve seen so far, and could not be more thrilled with that. With a product line by Just Play inspired by the series to appear this Fall, I have a feeling I know what’s going to be on our wish lists next Christmas.