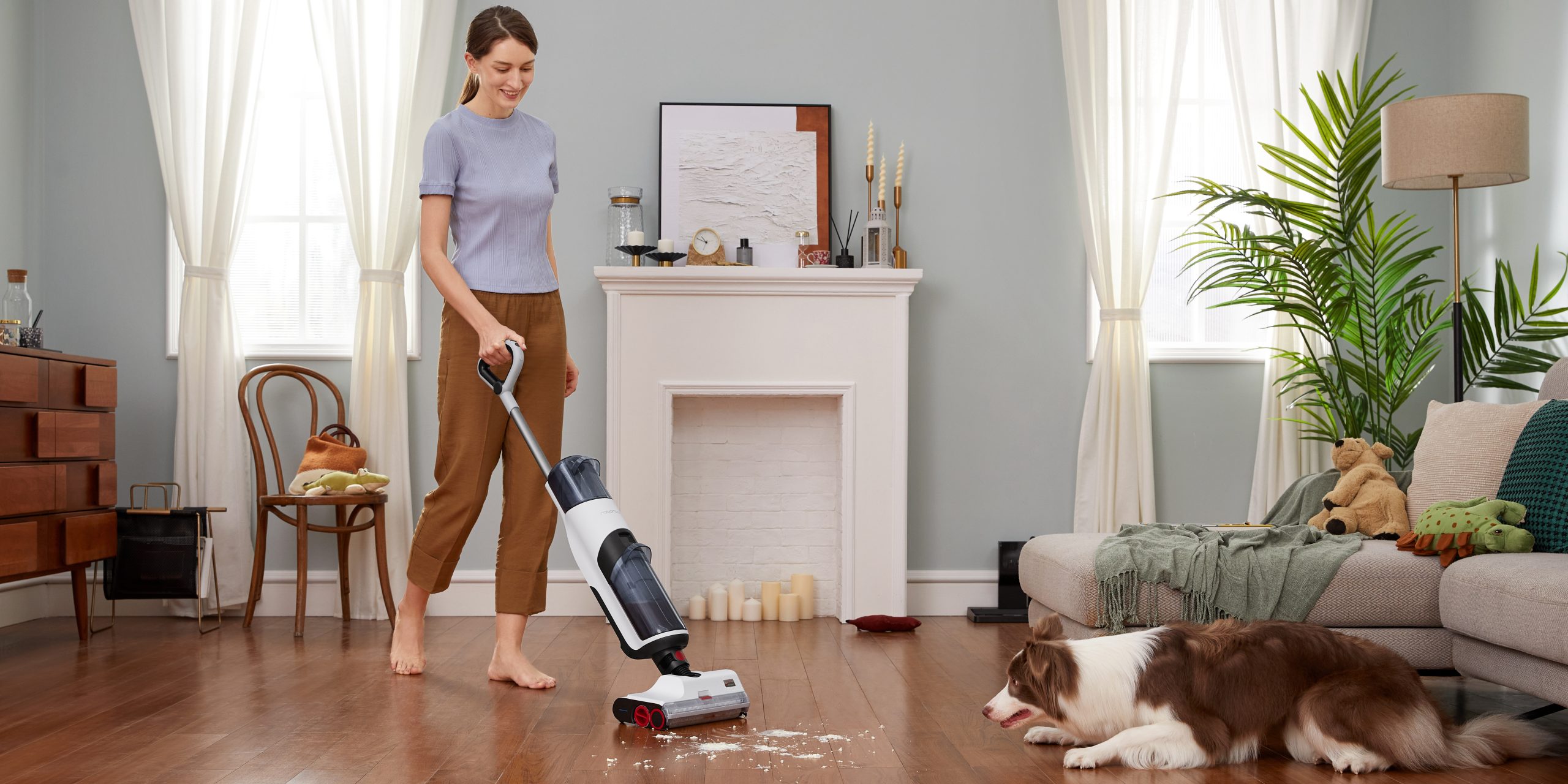 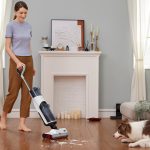 Roborock has added to their catalog and changed the housekeeping game – the all-new Dyad is a single device that vacuums, washes, and dries floors to get rid of dirt and messes in big areas and tight corners.

Most recently, we caught up with the company during their visit to the annual electronics show in Las Vegas (we didn’t go to Nevada, hopefully next year) and shared information about the Roborock S7 robot — CES2021 Report: Roborock Cleans Up Again (GeekDad, January 13, 2021). The S7 robot vacuum features updated ultrasonic carpet recognition technology that automatically lifts the mop when carpets are detected, allowing uninterrupted cleaning session for that includes hard floors and carpet, with no interaction from a human to attach mopping modules. The Dyad was also announced at CES and is now available for purchase.

The new Dyad has a few incredible features from the engineers at Roborock – the most impressive is the “DyadPower” that utilizes two independent motors to power three rollers, one in the front and two in the rear, that lets the cleaning system to rotate in opposite directions. This counter-intuitive combination allows Dyad to lift both wet and dry messes in one sweep. The famous Roborock intelligence is also showcased in the Dyad as it automatically detects tough stains as it finds them and increases water flow and suction power for better cleaning results.

We set out to tackle some unresolved pain points in the wet-dry vacuum space like poor edge cleaning, weak pick-up and maneuverability issues, and we achieved that and more with Roborock Dyad. Featuring our proprietary technology, DyadPower, Dyad is the only dual roller motor, multi-roller wet and dry vacuum that cleans edge-to-edge to eliminate messes in one sweep. This multi-use product has the capability to remove everything from dirty water to encrusted dirt seamlessly in a single cleaning session.”
— Richard Chang, CEO of Roborock

Dyad’s mopping mode suctions into a 620 ml dirty water tank while simultaneously releasing fresh water onto the floor and working its rollers to actively remove dirt. This means that the bowl of milk and cereal that crashed to the floor is picked up in one pass.

Despite being battery-operated, cleanup with the Dyad is not limited by power either – a high-capacity 5000 mAh battery claims up to 35 minutes of cleaning and up to 3056 sq.ft. Battery status is reported on a LED screen that also lets you know if there is any area that has a build-up of dirt, and a voice-alert system that tells you when the water tank or battery level is low.

We were sent a Roborock Dyad for the purposes of this review (of course, all opinions are our own). A big improvement over many other vacuums we have used, the head of the Dyad twists 180-degrees to navigate into tight spaces and around furniture (even in tightly-packed New York City living quarters). The two rear rollers stretch from edge-to-edge on that pivoting head, allowing the Dyad to clean with full power along edges and all the way flush to walls – getting all the dirt in the crevices that other vacuums normally cannot reach.

A favorite feature that pushed the Roborock Dyad way ahead of the competitors we have tested is the much larger dirty water tank and the on-screen alerts that the tank was getting full — something that was consistently forgotten with the other similar devices that have been used. Above and beyond all the great features, we never even got our hands dirty because the rollers clean themselves automatically.

You can purchase the Dyad today on Amazon (in the United States) — click here to purchase (direct Amazon Affiliate link) and take advantage of a launch discount coupon of $50, bringing the cost to only $399.99. All the details of the Dyad (and the entire catalog of Roborock devices) can be found at us.roborock.com.

Click through to read all of “Roborock Dyad Cleans Up (Again)” at GeekDad.If you value content from GeekDad, please support us via Patreon or use this link to shop at Amazon. Thanks!

3 Things NOT to Say to Your Kid’s New Teacher