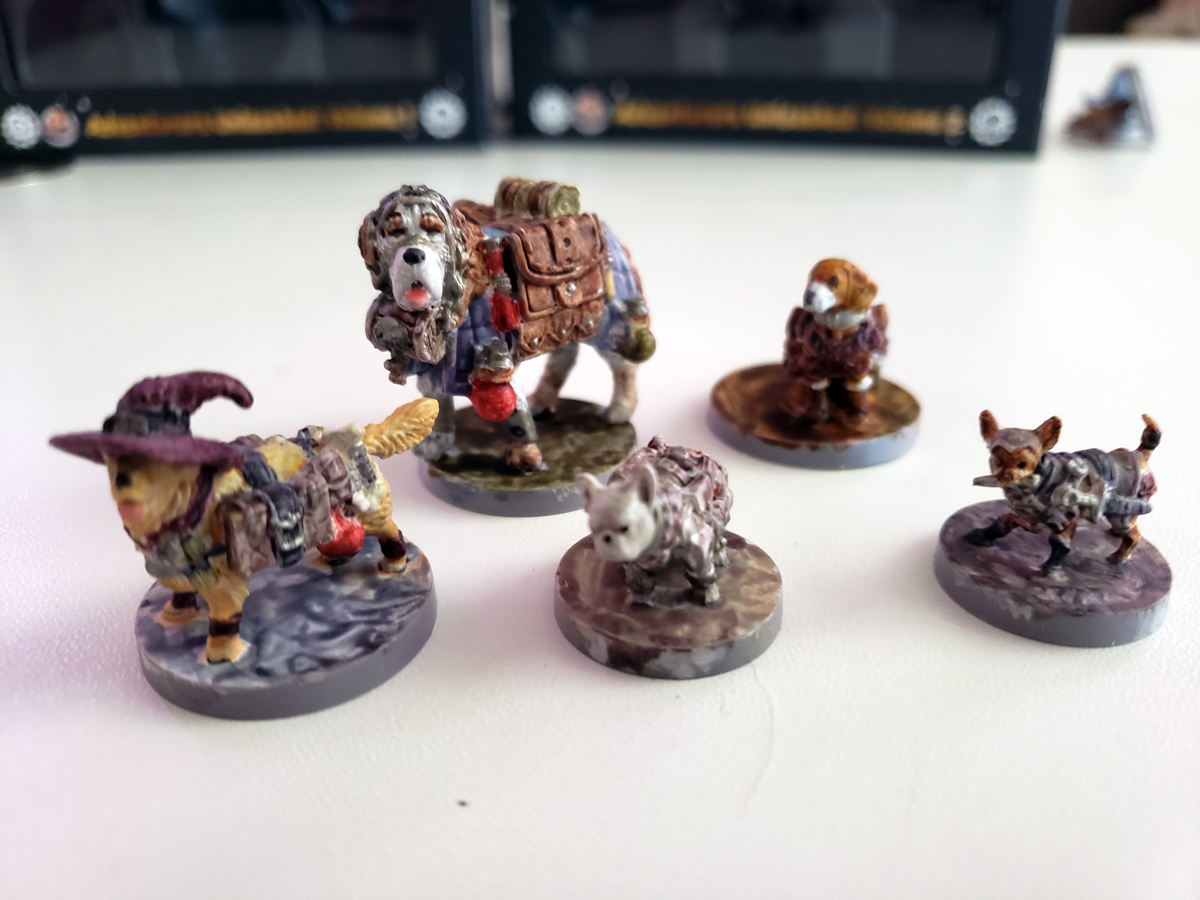 Many of us have gained new hobbies while we’ve been at home in the past two years. (Yes, it really has been that long.) One of mine has been dipping my toes in the world of being a GM and not just a player. My kids have started picking up being tabletop role-playing gamers. These two events are very much connected. My boys A (age 11) and W (age 8) really took to the Animal Adventures RPG Starter Set from Steamforged Games. Once we played through those adventures, they were ready to take on the fuller version of the rules, and it came time for us to check out Dungeons and Doggies. While the Dungeons and Doggies Rule Companion (and two adventures) are provided free from Steamforged Games, Steamforged Games did send me Volumes 1 and 2 of the Dungeons and Doggies miniature figures for reviewing purposes.

What Is Dungeons and Doggies?

Dungeons and Doggies is a rule companion that is part of the Animal Adventures RPG line from Steamforged Games. Animal Adventures is a Dungeons & Dragons 5e compatible game that features non-anthropomorphic animal characters as the heroes. Kids that like book series like Redwall or Warriors will probably be drawn right to this game. Dungeons and Doggies gives rules for creating dog-based characters with Racial Rules, Breed Abilities, new Class Feats, an Awakened Animal Background, a Companion Domain, new Magic Items, a Canine Deity, and a selection of pre-made characters. The premade characters match the figures in the first two Dungeons and Doggies Miniature Sets which each retail for $25.95. The game itself can handle 2+ players and time will vary based on the adventure, but is aimed for ages 10+.

Honestly, the miniatures are going to be something absolutely easy to fall in love with. I hadn’t picked up a mini painting brush in over a decade (and I had only ever painted maybe 3 to 5 minis in my life) when I got my hands on these, raided my husband’s Instant Colors, and decided that to make this experience fun for my kids. They were going to get painted minis. The minis are plastic-based, and there’s a lovely variety of character classes and dog breeds, with fantastic details like armor designed for dog bodies and little potions strapped to their gear. The kids get excited to see which ones I have painted next, and I might be on track to be one of the few gamers who will have her minis painted in a reasonable amount of time if this continues. I’ve actually enjoyed painting these so much that I’m now 3D printing terrain pieces, and, if this keeps up, our minis are going to have a whole 3D world to game in. I’ve included pictures of the ones I have painted as well as the not-quite-yet-painted ones from our sets (but that’s only a matter of time).

It would be a lot to go over the many new abilities and feats without simply rewriting the entire booklet, so I am going to briefly touch over what all can be found in these areas.

Dogs get a variety of Traits as characters, but also a few unique ones including the following:

The easiest way to create subraces for dogs seems to be based on their size since there are so many different dogs in the world. The following modifications are made for subraces:

Dogs get a variety of new Abilities that can also be swapped out for a Feat under the optional Feat Rules. Any dog owner is bound to read the list and start making a mental list of which Abilities they think their own canine family members possess. There are 22 new options, but I’ll share a few of them below:

Of course, you need some fun new canine-based Class Feats too. Each character class gets three new Class Feats, except for Clerics who get a new Domain. A lot of these are based on helping your other Pack members. The Fighter Class Feats are listed as an example.

Awakened animals are are a little more self-aware and possess more human-level intelligence. There’s a series of options for Personality Trait, Bond, Ideal, and Flaw as well. Awakened animals also possess the following:

Dogs drawn to the ideas of protection, family, and friendship would be a good match for the Companion Domain, and this meshes well with the Good Mother, the Canine Diety.

Aspect of the Amicable: Use Best Friends Ability once per Short Rest.

Channel Divinity: Lifted Spirits: Starting at 6th Level, an ally within 30ft gains Advantage on a Saving Throw of your choosing for 1 minute.

Leader of the Pack: Starting at 17th Level, take a bonus action to command creatures charmed by your Best Friends Ability on what to do on their next turn.

Dungeons and Doggies introduces 17 canine-themed magical items. My favorite might be the following:

The bag has 6 small snack treats, eating a treat is a Bonus Action. The treats allow you to grant Advantage on the next Action, take Bless effects for your next Action, or cancel an Exhaustion Level. Eating five or more at once gives the eater effects of Lesser Restoration.

All of the pre-made characters match the dogs featured in Volumes 1 & 2 of the Dungeons and Doggies Miniature Figures. The following characters are available:

Why You Should Play Dungeons and Doggies

Do you like Dungeons & Dragons? Do you love dogs? If you answered yes to both, I highly recommend checking this out. We played “Raiders of the Lost Bark,” a free adventure released by Steamforged Games to go along with these new rules. The adventure was designed with pre-made characters Cornelius the Wizard, Tedric the Rogue, Cerysse the Cleric, and Hartley the Fighter in mind.

It had a little bit of puzzle-solving, a lot of combat, and a cool new item as a prize. Colored maps and cut-out tokens for the characters are also included. It was a jump for my kids to play with the full rules, but I made sure one was a Fighter and the other a non-fighter and did not let my 7-year-old pick the Spellcaster. It went pretty well when you also consider I’m a newer GM who had never fully played in 5e yet.

While the game is aimed at ages 10+, it’s cooperative in nature and W was still able to play, although I did find he had an easier time with a Fighter. A picked Cornelius and at first, it took a bit of juggling for him to adapt to the extra accounting for spells, but he got the hang of it. I did have to pull back how brutal some of the NPCs might be or reduce the number of foes when it was two players rather than 3 or 4 as the adventure recommends. I will say that for kids starting out, going with the pre-made characters will likely save the sanity of all involved. Also, the kids love having matching minis for their dogs. It took us a little over two hours to complete the adventure, but a lot of fun was had.

As for the new rules, I love them. I love that instead of just throwing dogs in, a lot of care was taken to create new traits, feats, abilities, magic items, a domain, a deity, and a new background that really blends well. As a dog mom as well as a human mom, I love the little details that make me feel like dog lovers made this and really understand the variety of traits and personalities that dogs have.

My kids took to the little dog characters right away and keep wanting to know when we get to play again. If you have a kid who loves animals and wants to get into tabletop gaming, I really think this is the route to go too. One nice thing parents can also appreciate about the materials is dogs don’t tend to pop into gambling dens or brothels and such, so the adventures are a lot more kid-appropriate. You can find all three volumes of the Dungeons and Doggies miniatures with the rest of the line here for $29.95 each. The Dungeons and Doggies free rules companion and two adventures can be found here. Look for Animal Adventures under Resources. Please note, you will need at the very least the Players Handbook for Dungeons & Dragons 5e to be able to successfully use the companion rules. 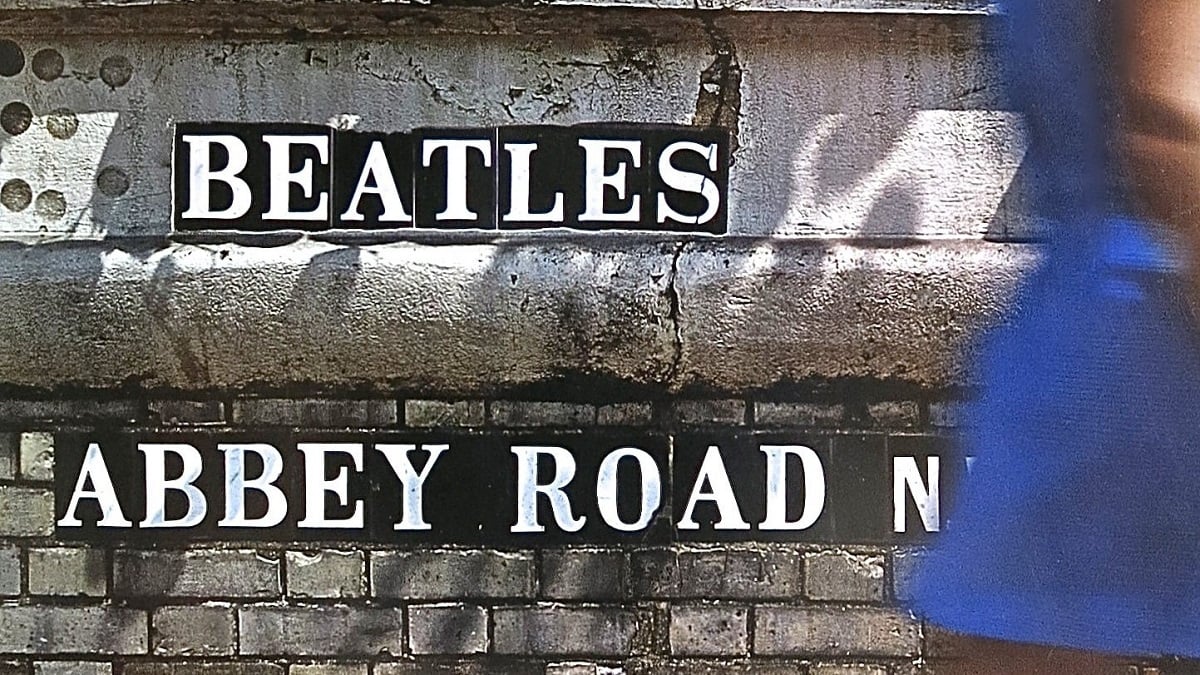 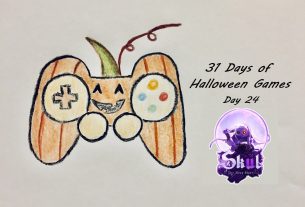 Things I’ve Learned from Terry Jones and His Tales