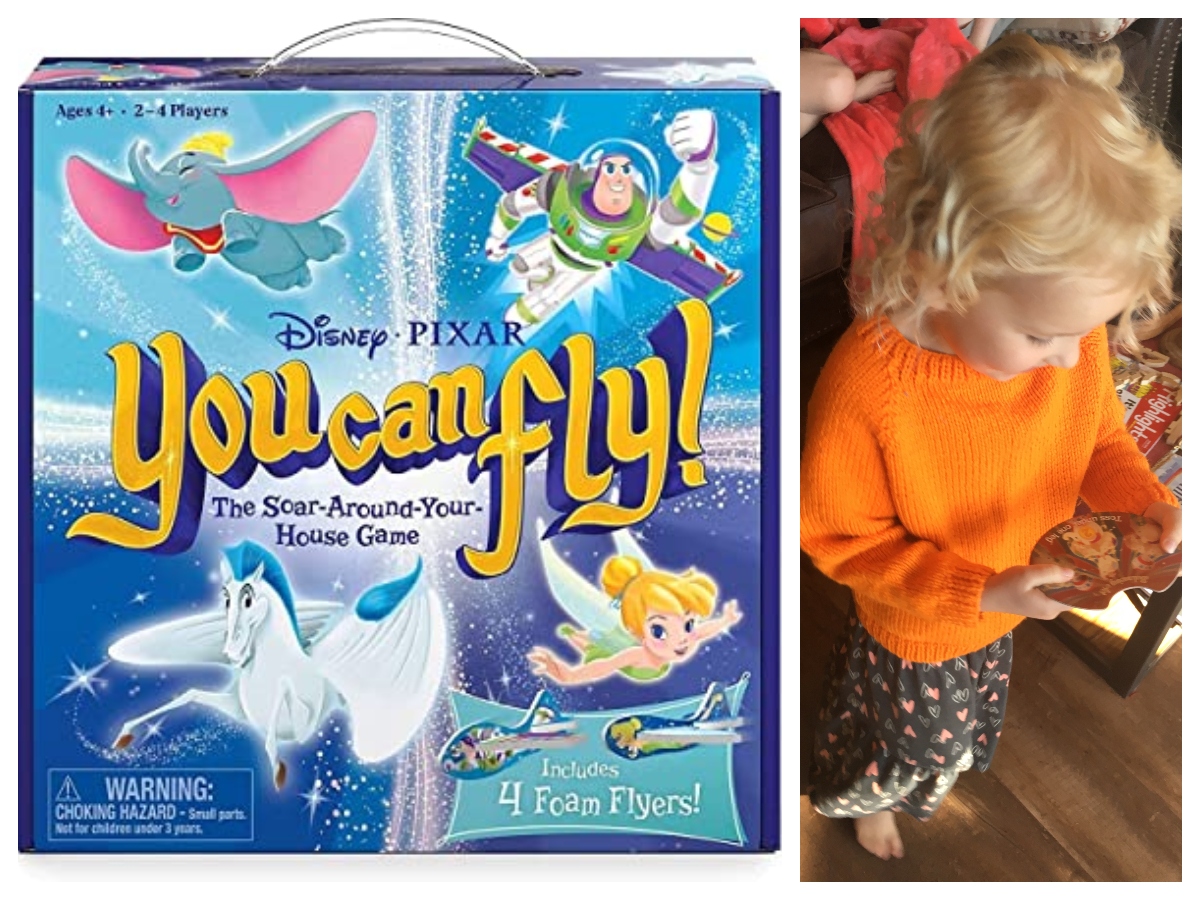 There are a couple of quotes that get bandied around with alarming frequency in our family. “You shall not pass” is a family favorite, though most in our house have yet to see the movies, and of course, “One does not simply…” is employed regularly. Throw in a handful of lines from Bluey, a smattering of Bob’s Burger’s, and I feel we are adequately preparing our geeklings for a lifetime of employing quotes and memes in casual conversation. The most quoted series of movies in our house however, has to be the Toy Story franchise, with many variations of, “It’s not flying, it’s falling with style,” appearing anytime that upward or downward movement is involved. When you are playing a game based on flying items, this becomes something that happens every thirty seconds or so, as was the case this summer as we played You Can Fly!, one of the new Disney-branded games from Funko. Think house-bound mini golf with paper planes. 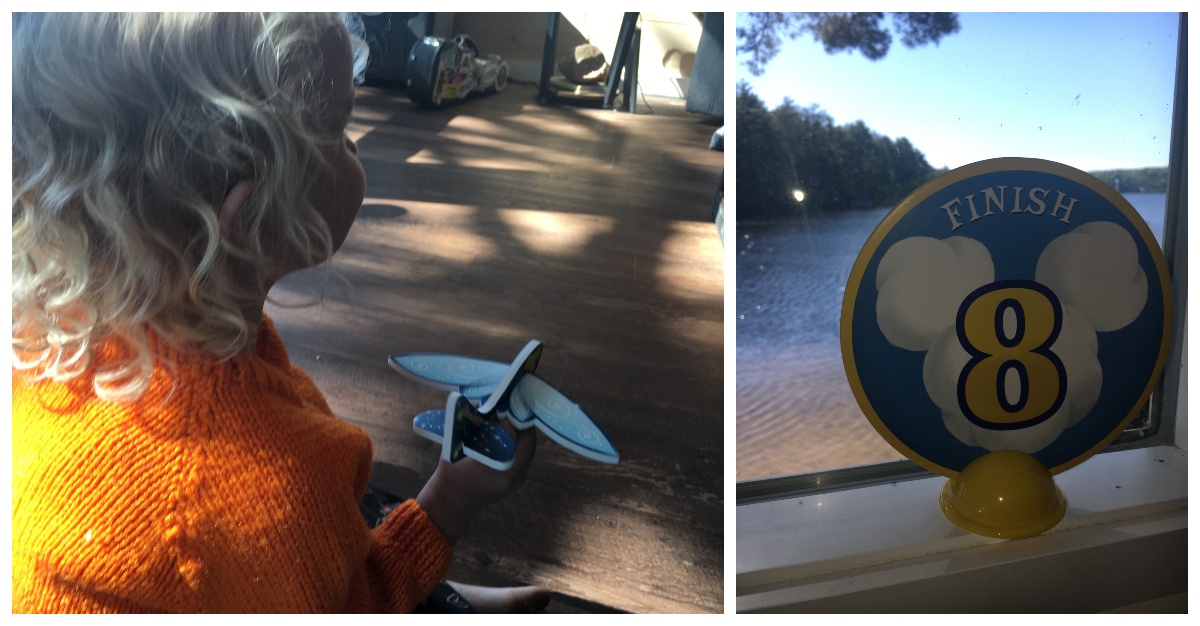 How do you set up You Can Fly!?

Each cloud marker should be attached to a base and placed consecutively around your designated play area. This can be your living room, your whole backyard, or whatever kind of game space you are up for. Each cloud marker should be given a flipped over flight tile—the rules call for just three to be in use in each game, but after playing this through a couple of times, either this is a typo or we just really prefer house rules. Every player gets a character flyer and the corresponding lift tokens. 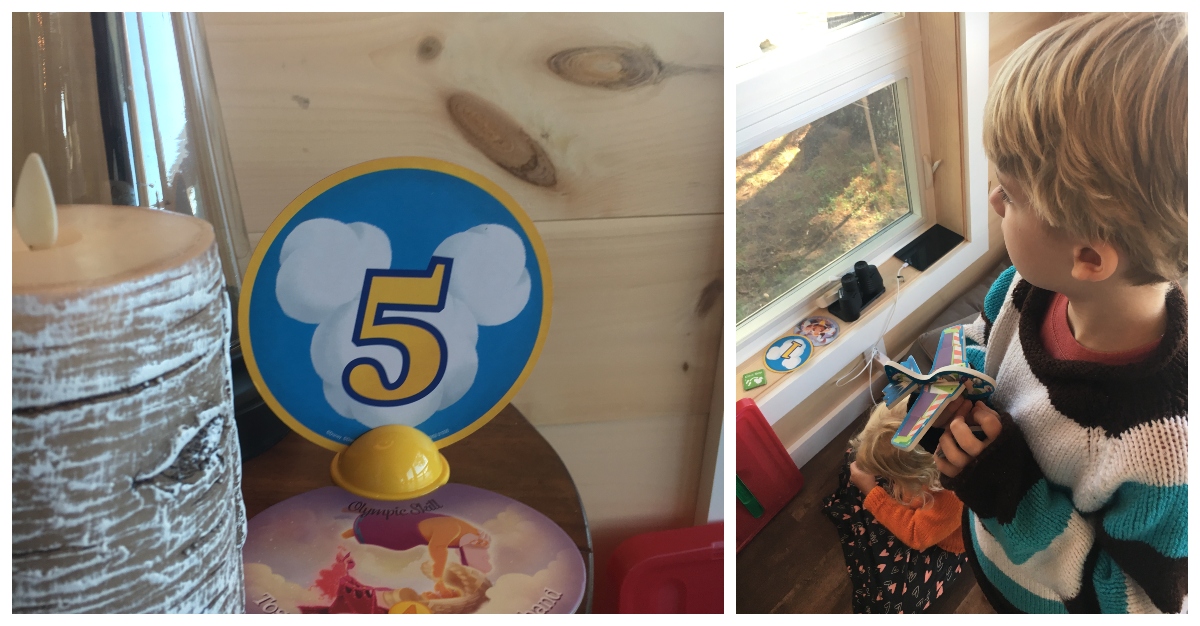 How do you play You Can Fly!?

All players start behind cloud one, and through the course of the game you make your way around, flying from cloud to cloud, until you reach cloud eight. On the first cloud, you flip over the flight token and read it aloud. Following the directions, you each toss your flyer, making sure to leave it where it lands. After all players have gone, the closest flyer wins and scores the flight tile. The flight tile should be retrieved from the previous cloud and the winner of that round can then help the other players by placing a lift token onto the next cloud. Where flight tiles present challenges like tossing the plane over your head or without bending your elbows, the lift tokens enable those who didn’t win to either take a giant step closer to the next cloud, ignore the flight tile instructions, or take a second toss if they don’t like where their first landed.

How Do You Win You Can Fly!?

Once all players have reached cloud eight, you add up the points from each player’s winning flight tiles, and the person with the most points wins. In our house, that person then gets to designate the person who cleans up! 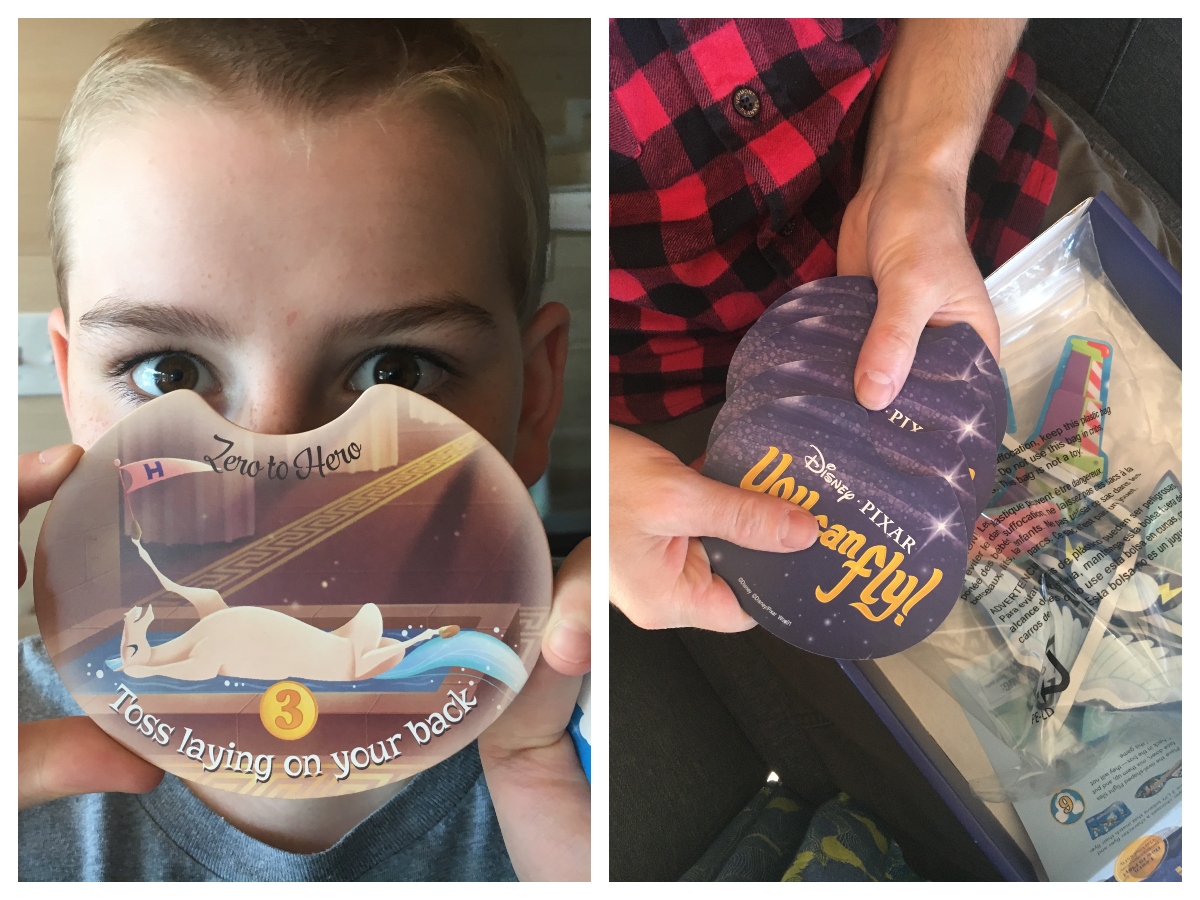 Should we buy You Can Fly!?

Shockingly, my twelve year old enjoyed this far more than my Kindergartner. Given the age range and mechanics, I was expecting this to veer towards the younger demographic in our household. But it was my middle schooler who wanted to place the markers and figure out the best angles and layout for complex play. He was not a fan of the haphazard way my Kindergartner chose to set things up, and wanted to spend time making a good and challenging course. This game worked on far more levels than I expected it to. It’s a great family game for the holidays, or to get kids up and moving after bouts of virtual schooling. We spent many days during the pandemic working on paper airplanes, and this game scratched that same kind of itch for my kids. It’s a really good tool to have in your toolkit, or on your board game shelf as it were. 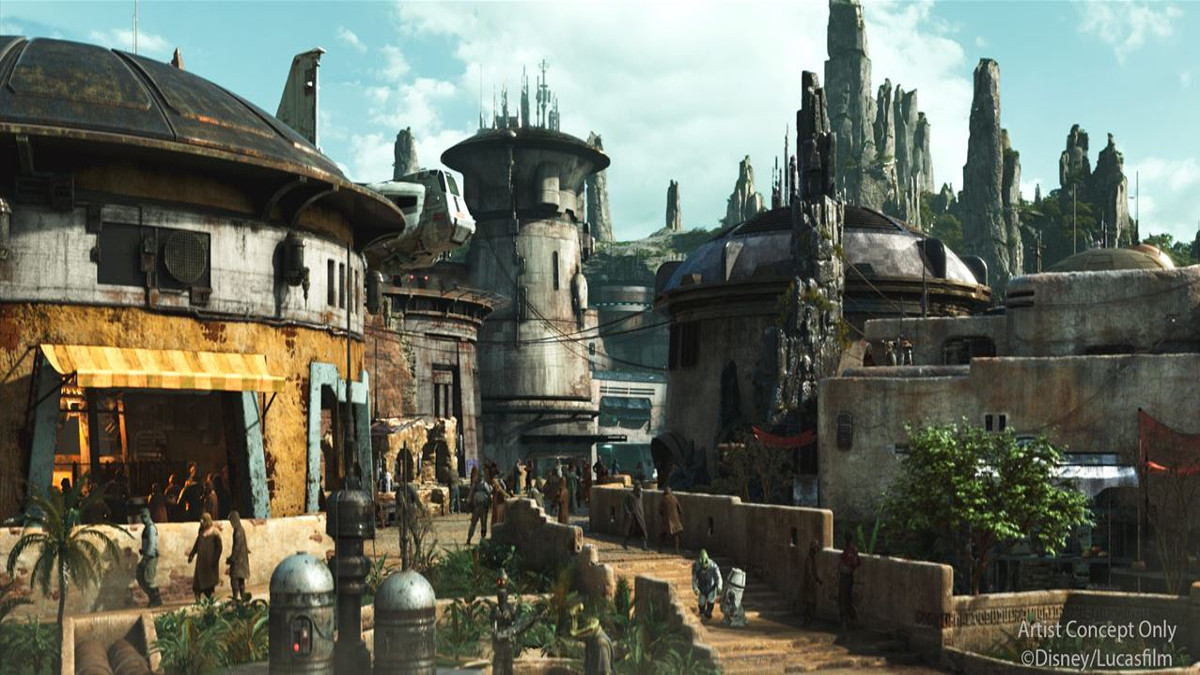 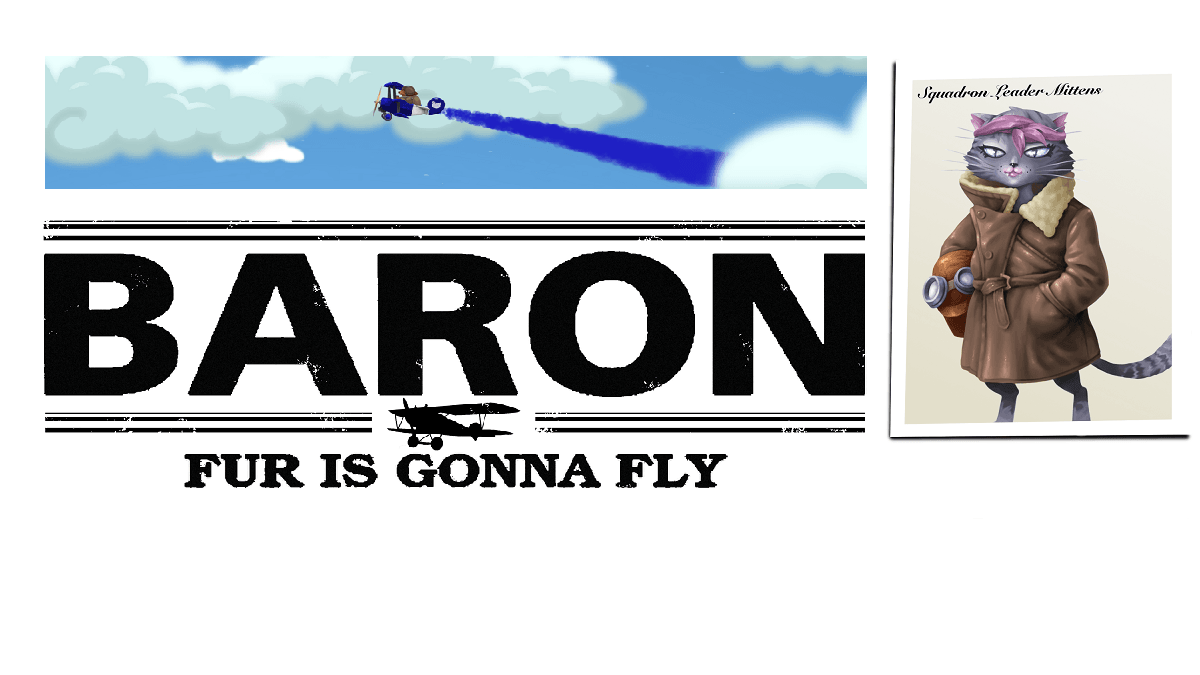 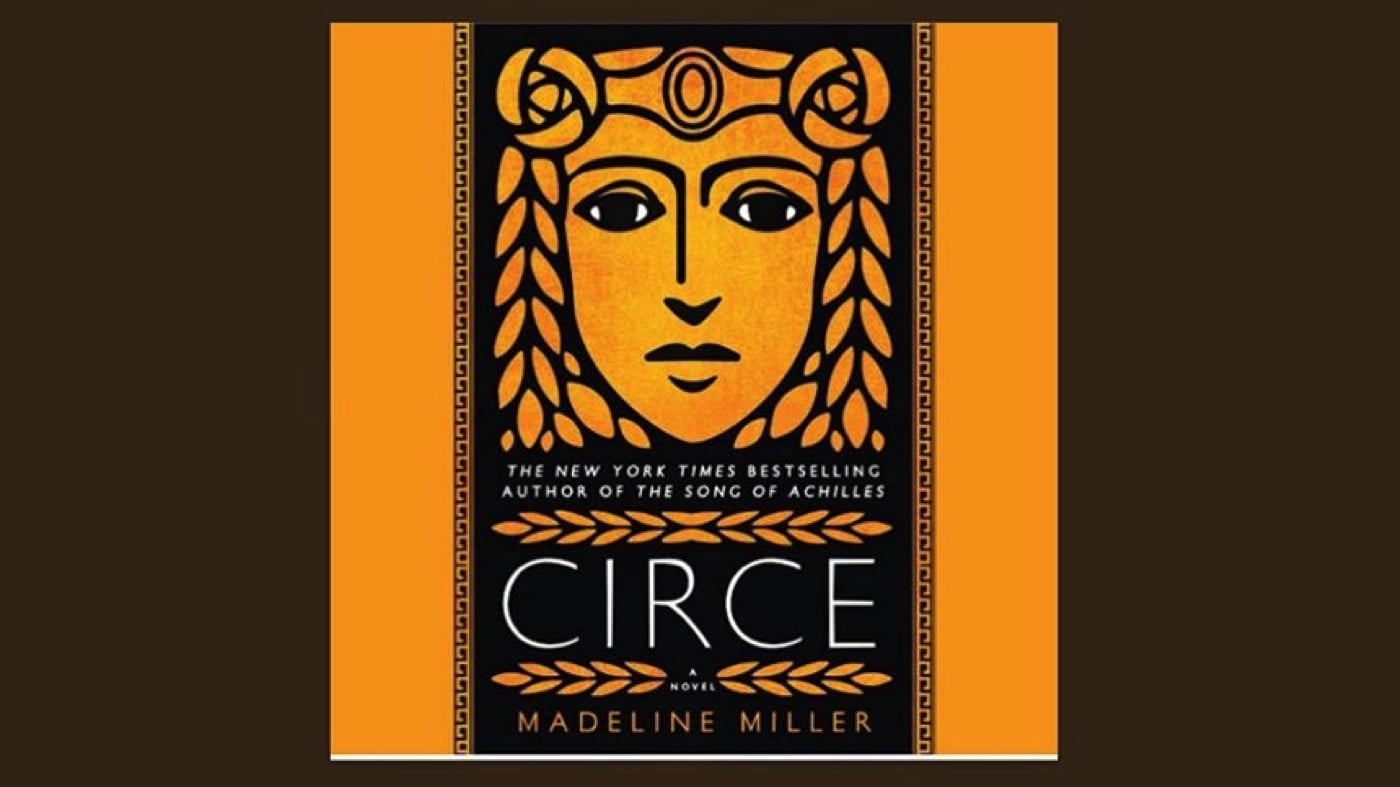