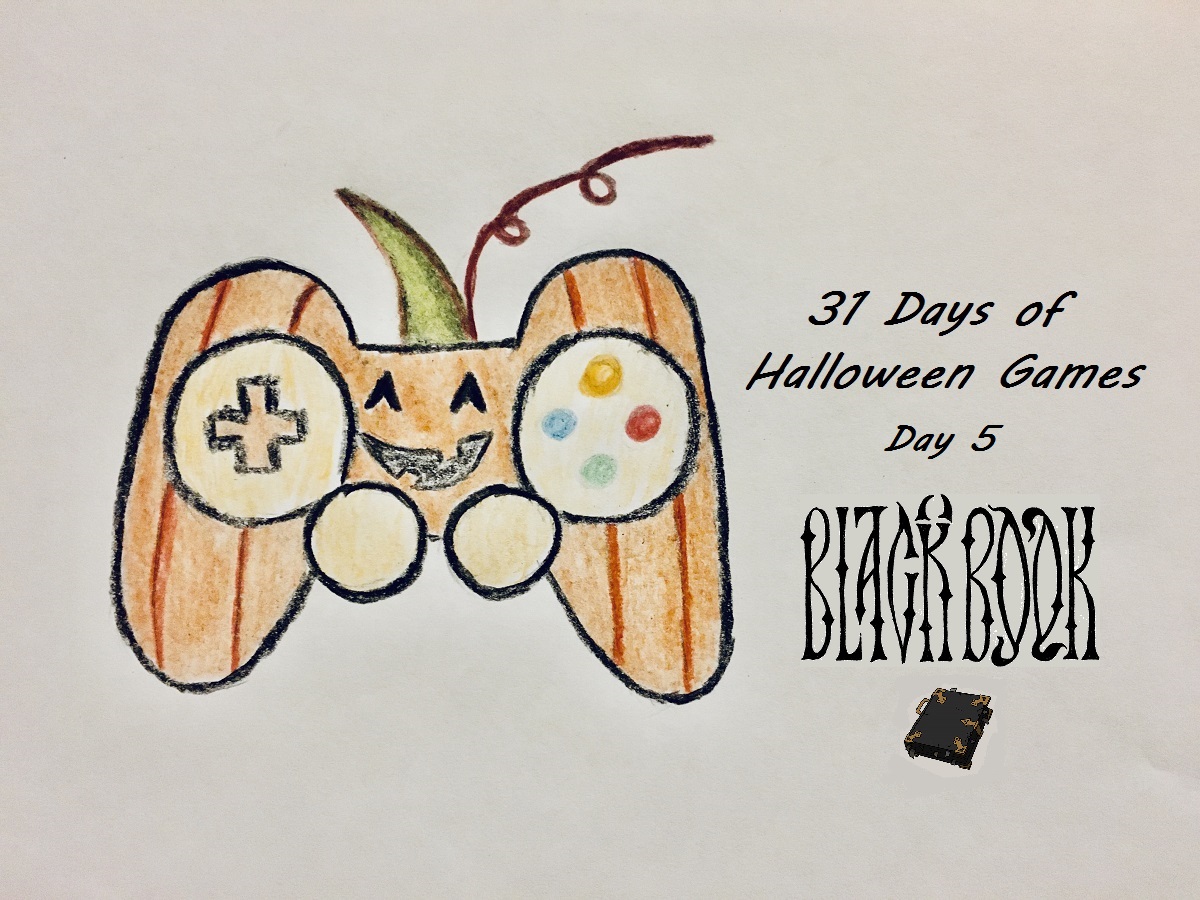 Play your cards right and your Halloween wish may be granted. It all depends on how you read the Black Book. Steeped in Slavic myths and folklore, this new game from Morteshka will draw you into the world of witchcraft and deals with devils. Let’s meet at the Crossroads for Day 5 of our 31 Days of Halloween Games.

What is Black Book?

Take the best of RPG and card-building games, and bring it together in a cauldron of dark folklore and tortured souls. This is Black Book, a brand new game developed in Russia and built on the same Northern Slavic mythology of the area. The story is the strength of the game, with some solid gameplay to enhance your experience. It delivers the Halloween feels, taking you across the veil and into a spirit world rarely shared in such detail.

The main character is Vasilisa, a young woman with a dark gift. Vasilisa was orphaned as a young girl and raised by Old Egor, koldun of the village. Egor had planned to train Vasilisa as a witch and koldun for the village but Vasilisa chose instead to marry. Unfortunately, her fiance is found dead and presumed to have killed himself. The village buries him outside the cemetery fence, cursing him straight to hell. Vasilisa seeks out her old mentor to take up his role as koldun but especially to access his Black Book. This book contains all of Old Egor’s knowledge, along with seven seals. If Vasilisa can break the seals, she will be granted a wish of her choosing. A tempting offer for someone desperate to risk everything for her love.

Each of the seven seals makes a chapter within the game, with their own main narrative and multiple side stories. To break each seal, Vasilisa needs to needs to defeat monsters and collect various skills. Vasilisa is also given a collection of demons as part of her witch initiation. These can be helpful or a distraction or even down-right dangerous. Often you need to send them out for petty acts and chaos around the countryside. This is part of the greater mechanic, which I love: Vasilisa’s morality. 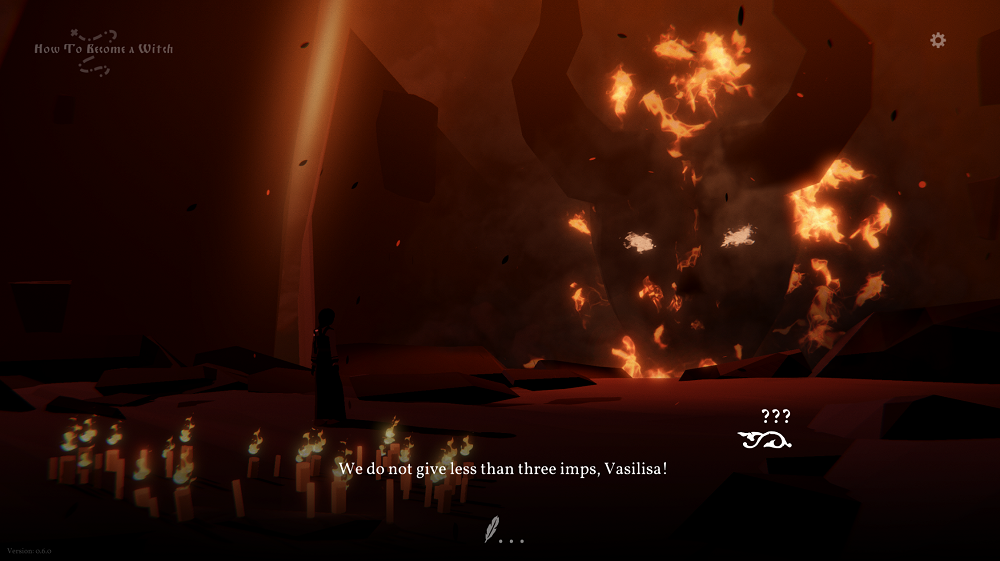 Good vs. Evil in the Black Book

Just so we’re clear, Vasilisa is not exactly starting on a path of goodness and light. She wants to bring her fiance back from hell, so you know there is going to be some serious morality bending here. This is where Black Book stands out as a game: there is no clear “good and bad.” There are various shades of gray throughout the story. Amongst Vasilisa’s stats is Sins, to reflect her morality and character progress in the game. Commit a crime and the Sins counter goes up; do a nice deed and it goes down. 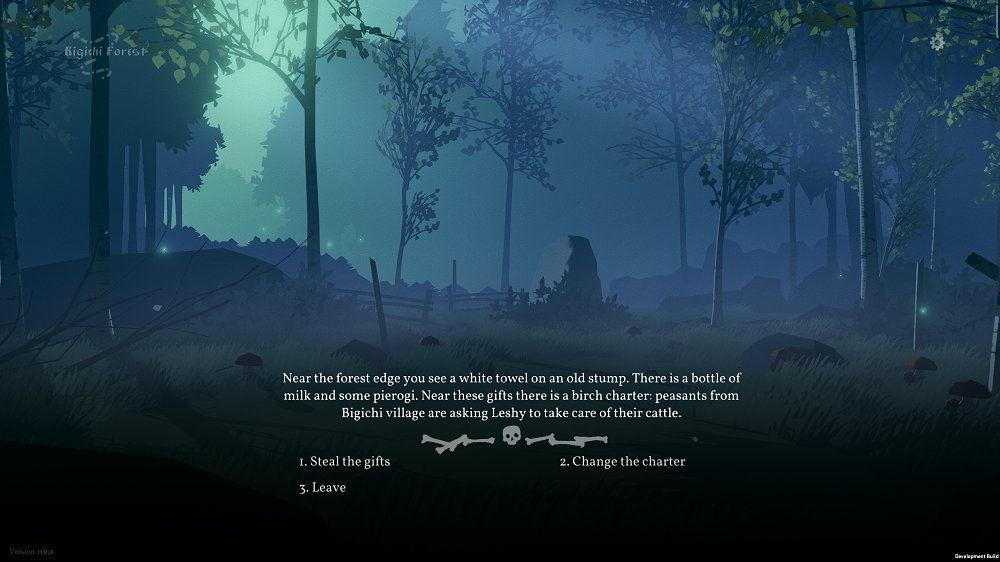 Those demons I mentioned earlier? You need to send them out to ensure they do not turn on Vasilisa, however, their chaos will also add to Vasilisa’s Sins. It encourages some replay to see if certain moral decisions would change outcomes.

Black Book has two differing game styles within one game. On one hand, it is a rich RPG backed with a detailed story and various sidequests to really flesh it out. People in neighboring villages seek out Vasilisa for help with demons and personal problems. So much work has been given to build this world, including work with historians and anthropologists to ensure the narrative accurately represents the traditional Slavic beliefs. It’s little touches like using the term koldun rather than the slightly less accurate “witch,” or zagovor being a blend of spell and prayer. Don’t spend time trying to translate the words because there is no absolute exact translation. These words are as much a part of the game as they are part of the culture. This alone is enough to encourage further reading. Fortunately, Vasilisa is taking notes and the side stories are absolutely worth the time to read up.

The battles with demons are something completely different featuring a turn-based card game. The cards are played by taking zagovor directly from the Black Book. There is a limit to how many cards you can play in each turn with a variety of attacks and defense with some “key” cards included. 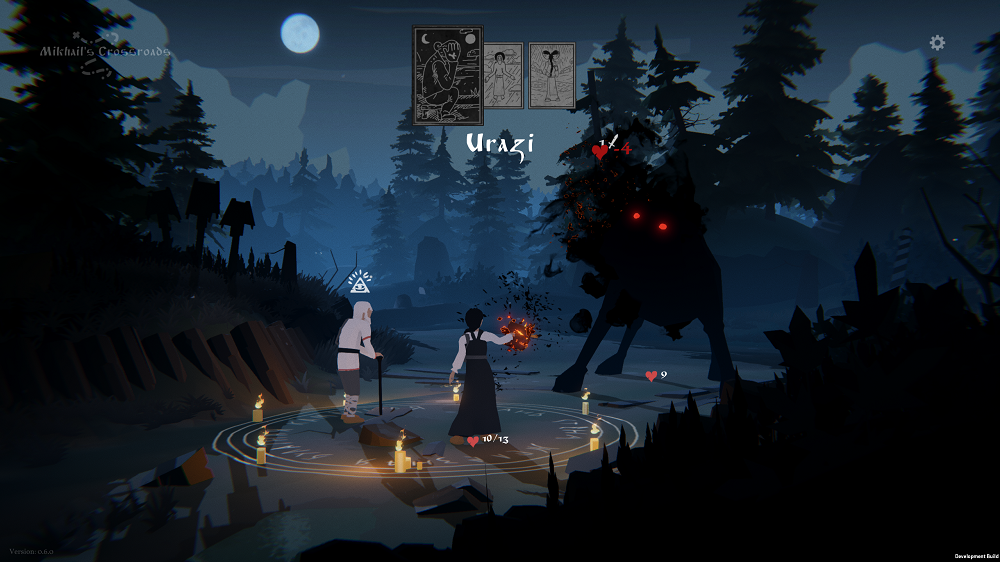 It seems fairly straightforward at first. Your first battle consists of two Words and one Key. They each contain status such as direct damage, shield, or damage on each turn, etc. However, as you progress, the cards start to increase in complexity. The learning curve is a little steep but fortunately, the game is forgiving and the battles do not block progression completely.

Gaze into the Darkness

As a story experience, Black Book delivers on visuals and music. There is a casual hand-drawn style to the graphics, creating an ethereal feel to the scenery without delving into too much detail on the characters. There are times when some of the facial features are a little distracting from the story, as they don’t quite match the feel created elsewhere. However, it is saved by the moody soundtrack which works surprisingly well with the visuals. 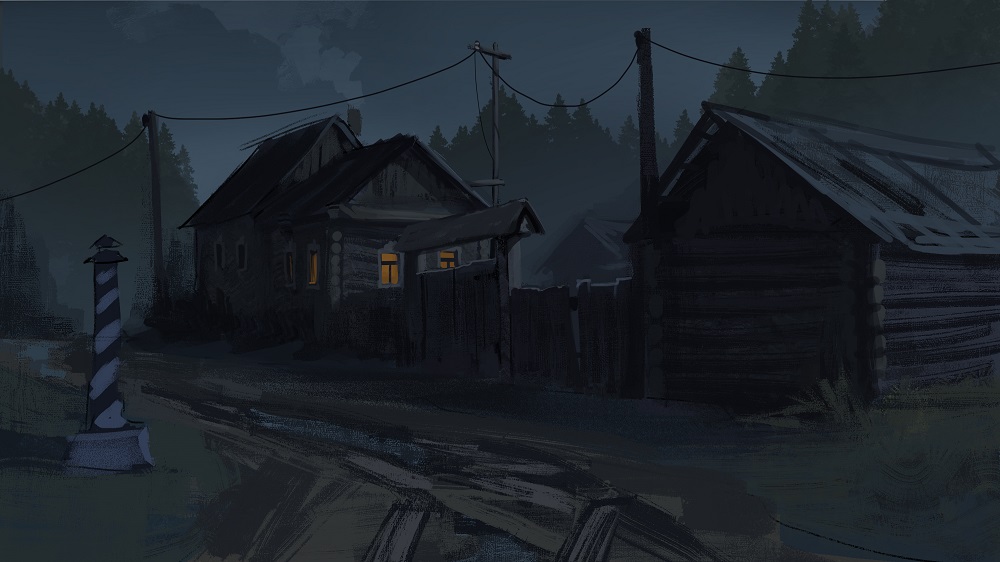 There is one observation worth mentioning before I sign off. Despite only having seven chapters, there is an air of repetition in the gameplay. If you want to play Black Book solely for the narrative, some of the battles and side-quests may start to feel a bit grindy. The story and folklore will help you work through it. However, if the narrative is not your big drawcard, then the grind will end up being very repetitive. Personally, I think the story is enough to get you through but I understand that won’t be the case for those looking for more action.

Overall, Black Book is an immersive storybook game, with all the right vibes to fill your Halloween season. Despite the gothic themes, I feel this game is suitable for most kids aged 13 years old and older, with minimal referencing to anything too gory. Pace yourself with the chapters and you will probably find yourself searching for more Slavic myths and legends. The card battles will build your confidence to the point where you can take on the devils themselves. Good luck finding the right Crossroads.

Black Book is currently available on Steam, Nintendo Switch, PS4, and Xbox One. Evil Genius Mum received a free copy for the purpose of this review; no other compensation was received. You can learn more about the game on the official website here.

Score: 4 out of 5 devilish chorts 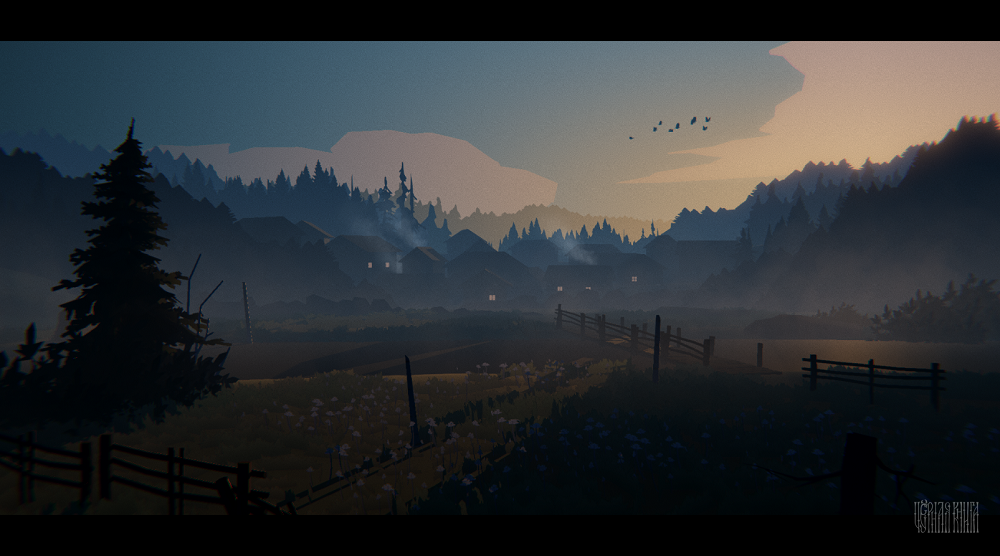