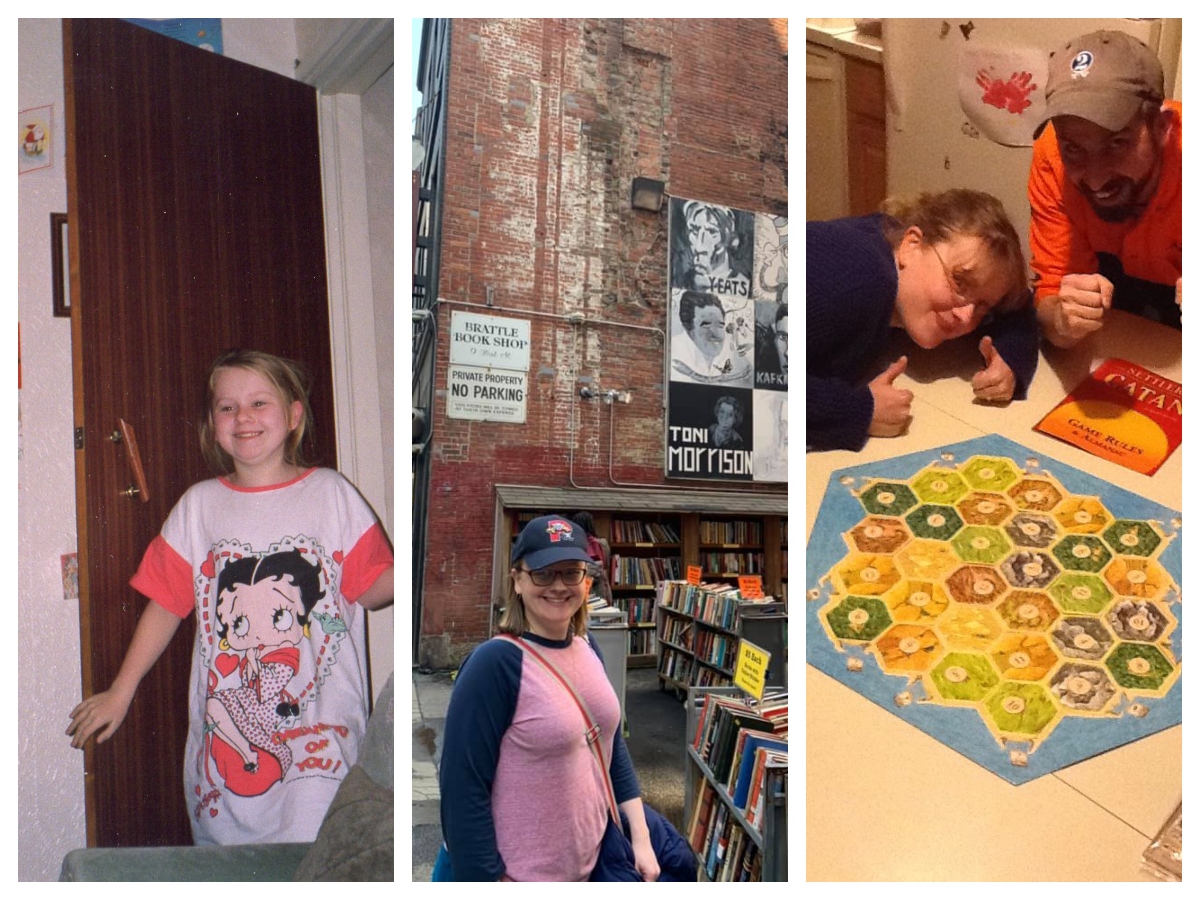 My particular brand of geek has morphed into many things over the years. From the teenager who carried around a TARDIS backpack, with a picture of Commander William T. Riker in her pocket, to a mom with yarn and books coming out of every crack and crevice of the home—a home I painted in colors to match the Moomin House. The passion has never changed, the pride in what I am passionate about does not diminish, but the things I geek out over, sure have come a long way in forty years.

I don’t believe there was a time when I ever considered myself not a geek. Oh, I certainly didn’t call myself that in 1980/90s England, colloquially that was a more American term. But I have always been a collector, always pursued things with a passion. Whether it be Mcdonald’s toys or Sweet Valley High books Dandy comics or erasers from each vacation spot we visited, I err towards the obsessive in all things.

In my teenage years, my passion for televised sci-fi cemented several of my key friendships in what would be middle and high school. A rendition of the theme song from Red Dwarf brought me out of my awkward “no friends” phase at a new school. A love of The X-Files, or rather an appreciation of the form of David Duchovny, cemented several friendships and certainly helped with puberty. My love of Star Trek: The Next Generation was largely confined to my family, but the first major crush I ever had teased me relentlessly about Riker, and I loved it.

Moving into college, my interests became more literary. As an English major, I started picking up a book instead of an eraser whenever I went on vacation. Finding a local author to purchase or something written about the place. It was also in college that I firmed up the nostalgia towards the cartoons of my childhood. Bagpuss, The Moomins, DangerMouse, finding fellow dorm mates with an affinity for these cartoon creatures, kept that air of whimsy about me while figuring out what it meant to be out in the world on my own for the first time.

Late in my teenage years, my dad switched gears from being a television repairman to a purveyor of books, toys, and collectibles. By the time I was married, he had moved from weekend fairs and festivals to a market booth to a full-blown high street store. Had I remained in England, would I have gone into the family business? Who knows? Certainly, I might have finished my short stories about a curmudgeonly shop owner, ahem. 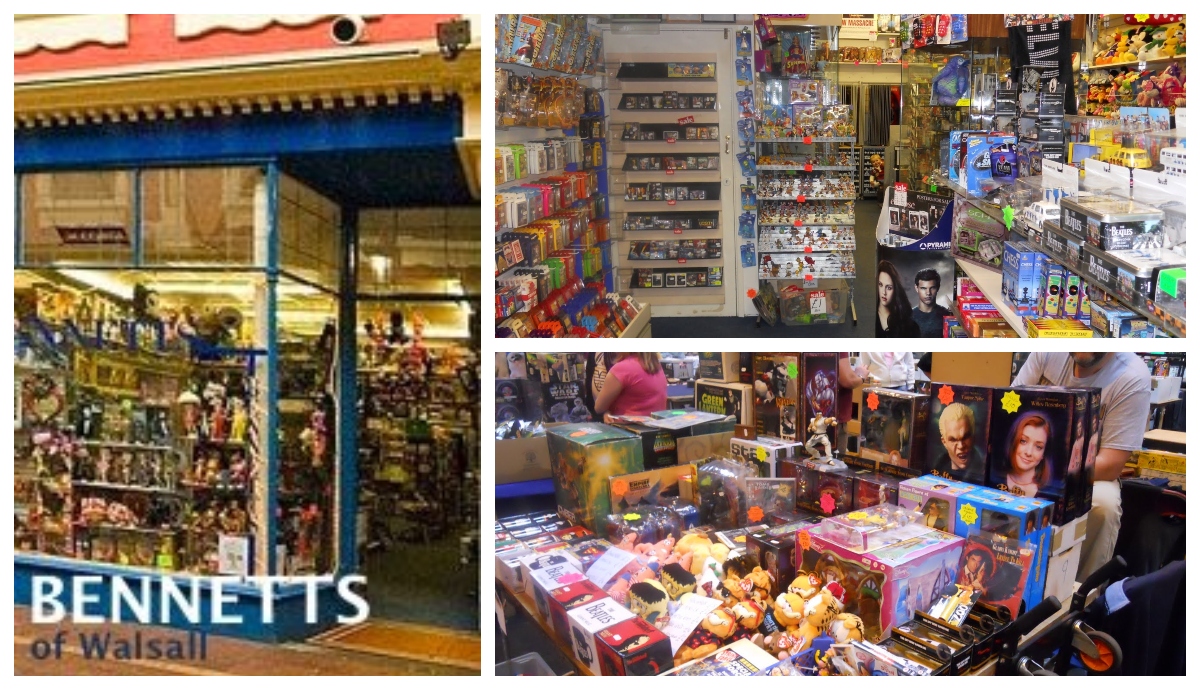 My dad’s new occupation gave me access to all kinds of ephemera and events. I watched the stall for him while he took my mom away for her 50th birthday, and I loved being behind a booth at a memorabilia fair in Birmingham. I got to see James and Oliver Phelps (the Weasley twins) before the crowds arrived, and was able to stare longingly at Craig Parker (Haldir) across an empty hall. He is still the most beautiful man I have ever seen in real life.

When I married and moved to America, I found two geekdoms colliding. I would sit reading into the wee hours while my new husband played Myst beside me. We found a mutual affection for Star Trek: The Next Generation that would lead us into some binge-watching together that was relationship building. Every year we make the time to watch The Lord of the Rings movies together—the extended version, of course. I don’t crochet, he doesn’t play video games, we just snuggle and watch. Over the years we have discovered Lost together, The Orville, WandaVision. The simple joy of enjoying something like a television show together should not be lightly thrown aside.

As they grow older and are able to partake in other favored fandoms, there is a new joy in experiencing old things made new again. Our eldest son loves Star Trek: The Next Generation, and I am getting renewed pleasure in watching through the MCU with him. My middle son is a fact-addict and goes everywhere with a book. When we go to a bookstore to each pick out one book, and he picks two, well of course we get the two.

I start to take on more of their passions too. I am currently attempting to learn how to play Pokemon for the first time as a surprise present for my recently turned twelve-year-old. A new deck and the capacity to play with mom—how marvelous! 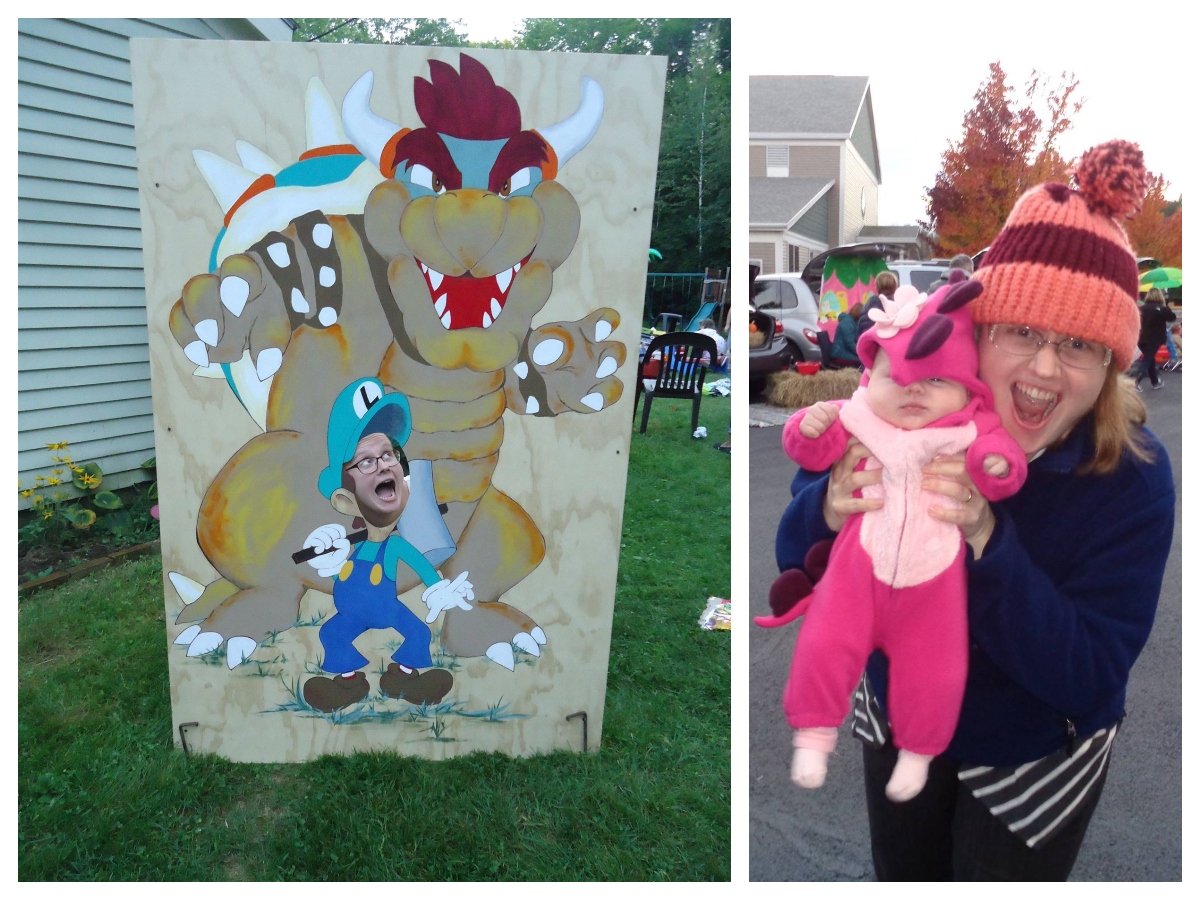 Parenting also led me to my side gig writing for GeekMom, where my first post compared Jean Luc Picard and Assistant Director Skinner, in a pro-con list. Seeing all these wonderful passionate parents and families change and grow over the years has been amazing. The GeekMom community on Facebook is a joyous place to be. Come find us if you haven’t already. There you will find support, encouragement, passion, and an introduction to all manner of geekeries. There is no judgment there, no unsolicited advice, some cursing.

As life gets busier, a lot of things get crowded out. I don’t go to conventions anymore, I don’t keep up with the latest from Star Trek no matter how much I enjoy the character acting of Anthony Rapp, I might not see a movie in the theatre but wait for home release. But the passion remains, the value in loving something and having it be a source of joy and pride.

These days I look at my wall of books in utter bliss. I tuck my kids in with the dozens of stuffed animals I have made thanks to a new obsession with a British yarn company. I sit down at the end of a long day and ask my husband how his space program is going while I make Baby Yoda t-shirts. The old adage is “do what you love, love what you do.” When you are a geek, be it geekling, geekteen, or GeekMom, this is our heartbeat, our refrain, our daily melody. If you want passion, we are your people. Also if you need a Mcdonald’s toy from 1985, an eraser from a now-defunct ride at Disneyland, or a video game from 1997 that will no longer play on any machine you own, we are also your people then.

50 Ways to Fight Nature Deficit Disorder This Fall and Winter