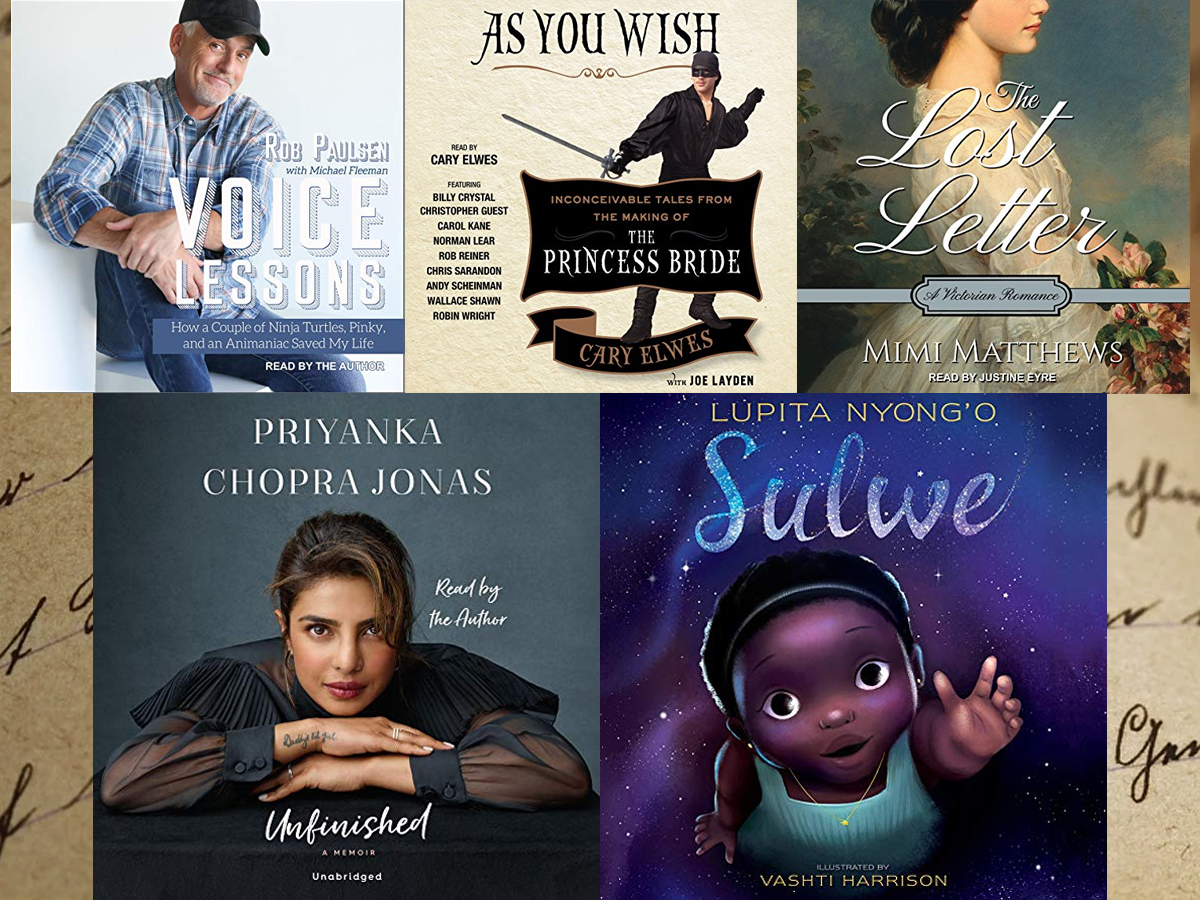 While going through TMS treatments for anxiety, depression, and OCD, I was tasked with how to spend my time each day. Monday through Friday I would sit in a chair for around 50 minutes a day having my head jackhammered by a super expensive machine. Okay, maybe it felt more like a baby woodpecker with a jackhammer attachment but you get the idea. I was not allowed to watch movies or play games. I could read a book, listen to a book, listen to music, or watch meditative scenery specials on Netflix. I opted for listening to books since holding a book in that awkward position would be, well, awkward.

In total, I listened to five audiobooks (over 27 hours) during my time in the chair. Some I got for free through review and others I paid for. Each has a special place in my heart, though, for getting me through one of the most interesting and somewhat painful procedures I’ve been through in my 30+ years of life.

I could have listened to this over and over again. Priyanka’s voice is very soothing yet engaging. Her story is one worth listening to. Prior to listening to this book, I did not know her as anyone other than Nick Jonas’ wife. Turns out her career spans a couple of decades and is more varied than I thought. I ended up buying a signed copy of the hardback to read again later.

Disclaimer: I received this book to review.

I listened to this one as a filler after Unfinished ended during a session. I had no clue what it was about so I dived in with an open mind to my first children’s book since I was a child. Lupita’s voice tells a story of a young girl ashamed of her skin color. It’s a story every child should hear.

Disclaimer: I received this book to review.

As You Wish by Cary Elwes (7 hours)

As You Wish tells the behind-the-scenes stories of the making of The Princess Bride. I’ve read this book before but never listened to the audiobook. Cary Elwes (Westley) reads most of the book. Some of the cast read their own stories while a voice actor reads for the rest. I couldn’t tell it was a voice actor reading for some of the parts. I thought it was the real actor. If you are a fan of The Princess Bride, this is a must-read!

This is one of my favorite books by Mimi Matthews and the first of her books I ever read. It tells the story of a young couple who, through a misunderstanding, believe the other has fallen out of love with them. It takes three years to learn the truth behind their lost love. It’s a clean regency romance with just enough heat that if your grandmother caught you reading it, you wouldn’t be totally embarrassed. The narrator of this title plays all the parts, male and female, very well. It’s an engaging voice that, now, when I’m reading the book, I can almost hear them in my head at the same time. I read this title at least once or twice a year.

Rob Paulsen is known mostly by the characters he’s portrayed. There probably isn’t a children’s Saturday morning cartoon in the ’80s and ’90s that he didn’t have a voice in. His harrowing story of how he beat throat cancer while still kicking it vocally for his fans is a great read. And since Rob reads the book himself, you get to hear some of his character’s voices as he reads their parts of the story.

Before TMS I was not an avid listener of audiobooks. Honestly, I was one of those snobs that didn’t consider it reading (please, don’t throw a book at me just yet). I have since changed my tune and look forward to other books to explore through this medium.

Do you have any audiobook suggestions? Hit me up in the comments with your favorites!