In this month’s Between the Bookends, Sophie reviews five books including the latest from John Green, a fun middle-grade about football (soccer), and an own voices look at the history of the Metis people in graphic novel form.

Sophie’s first book this month was The Burning Girls by C. J. Tudor, a tightly-woven thriller set in the small English village of Chapel Croft.

Jack is the village’s new vicar, transplanted from Nottingham with teenage daughter Flo following the sudden suicide of the previous vicar and a tragic situation at Jack’s inner-city church. Chapel Croft, however, isn’t as tranquil as its picture-perfect looks might suggest. 500 years ago, eight Protestant martyrs—including a pair of young girls—were burned to death outside Jack’s new church, and 30 years ago, two teenage girls disappeared without a trace. Additionally, local legend tells that the vengeful spirits of the two young girls murdered for their beliefs appear to those in trouble.

Within minutes of their arrival, Jack and Flo begin to see the dark heart of Chapel Croft. Soon, Flo has begun seeing visions of the burning girls, Jack is deep into an investigation of what really happened to the previous vicar, and someone starts sending them threatening messages. Can Jack uncover the secrets of Chapel Croft before they claim them both?

The Burning Girls was a powerful book that kept Sophie’s heart thumping most of the way through and kept her up late to finish it—something she later regretted as this was one of the very few books to ever give her nightmares. The story gripped her right from page one, while Jack and Flo are engaging characters with real growth. The village is populated with other interesting people, all with a secret, and rarely did they feel two-dimensional or contrived.

While Sophie did see one of the book’s big plot twists coming very early on, she didn’t feel it detracted from the overall story and she would recommend The Burning Girls to all thriller lovers with a strong stomach.

Jaz Santos vs. the World by Priscilla Mante

Jaz Santos vs. the World by Priscilla Mante is a short, middle-grade book about eleven-year-old Jaz who is obsessed with football (soccer). Jaz is finding school difficult and is being labeled a troublemaker, but things are also difficult for her at home because her parents are fighting a lot. When her mum decides to move in with her sister half an hour away, Jaz is left reeling.

After spotting a flyer for a local girls’ football tournament, Jaz convinces a group of her classmates to form a team and enter the competition. She faces many challenges including lack of funding and difficulty accessing resources for training, but she is determined to see her new team succeed. Will the Bamrock Stars be up to the challenge and even if they are, will their success be enough to bring her family back together?

Sophie failed to engage much with this book, although she struggles to tell you exactly why. The story itself is pleasant enough, and there are some great, age-appropriate explorations of sexism—such as Jaz’s school giving all their sports budget to the boys’ team with nothing for the girls, the boys’ coach refusing to help train the girls, and the boys themselves not wanting to share training spaces. However, the story didn’t feel especially memorable, the levels of serendipity are overwhelming even for a middle-grade, and the majority of the characters (excluding Jaz herself) were two-dimensional at best. This is the first in a series with other books set to explore different members of the team, so Sophie hopes these future installments will help fix that particular issue.

While this isn’t a book that is likely to become a new classic, Sophie would still recommend it to young readers, especially sports fans, and she still plans to pick up the next book in the series to see how the Bamrock Stars story continues.

Four Faces of the Moon by Amanda Strong

Four Faces of the Moon by Amanda Strong is a graphic novel based on an animated short film of the same name. Amanda Strong is descended from the Metis and she imagines traveling through space and time to bear witness to her ancestors and tell the story of the Metis people.

During the story, the narrator hears her grandmother stand up for herself when berated in school by the schoolmasters, she witnesses her great-great-grandfather fight at the Battle of Batoche, and she sees another ancestor meet a railroad surveyor working to lay the tracks that would go on to divide the land her ancestors roamed for generations. She also comes face to face with a herd of ghostly buffalo, the spirits of the creatures slaughtered to help control First Nations people.

This was a deeply spiritual book that is also highly educational. The histories of native people are rarely taught in schools and so Sophie learned more about the Metis and the events that shaped their history in this short book than in the rest of her life so far. A lifelong train fan, she also learned a lot about how the railroads were used against the Metis and many other tribes, disrupting the buffalo herds they relied upon and dividing the land. It is a deeply moving story that made Sophie want to learn more about this part of history.

The short film this book is based on uses stop motion animation and stills from this are used for the illustrations here. Sophie didn’t feel these were a great choice: the lighting was dark and the images not always clear, which detracted from the story. While the stop-motion look works beautifully in the film, visually, the book failed to capture the heart that comes through in the animation.

Four Faces of the Moon is a moving story that Sophie would recommend reading, she also recommends that you watch the original film which is available on YouTube and Vimeo.

Sophie picked up People of Pride: 25 Great LGBTQ Americans by Chase Clemesha, M.D. as part of her annual Pride Month reading. This is a short book aimed at a middle-grade audience that does exactly what its title suggests. Within its pages, readers will be introduced to 25 LGBTQ Americans and their achievements in a hugely varied range of fields, from movie directing to business, acting to sports.

Each featured person gets a double-page spread containing a short biography, full-color photo (where available), and a bold, colorful statement about what they are or are likely to have been proud about in their lives. Author Maurice Sendak was proud “of making beautiful books that children and adults loved” while astronaut Sally Ride was proud “to have been a team member in America’s space program.” While these statements obviously simplify the achievements of these individuals, they’re great for an at-a-glance overview.

Naturally, with only one page and one or two paragraphs per person, the biographies here are more of a starting point than anything thorough, but People of Pride packs a great deal of information into these short text blocks, making them ideal to gather ideas for further research. By making this an easy read, even younger readers will be able to see how LGBTQ people have shaped history in every field and hopefully consider choosing them for school research projects.

Be sure to look out for more Pride Month content on GeekMom throughout June, check out the Pride Month tag to find everything posted so far and in previous years too.

The Anthropocene Reviewed by John Green

Sophie listened to the audiobook of The Anthropocene Reviewed by John Green—narrated by the author—courtesy of the Libro.fm ALC program. This fascinating book is a collection of essays reworked from the popular podcast of the same name and covers topics as broad as the song “You’ll Never Walk Alone,” Canada Geese, Viral Meningitis, the extinct Kauaʻi ʻōʻō songbird, and the Indianapolis 500.

In each chapter/essay, Green discusses the importance, impact, history, and his personal connections to the subject. In the chapter on the photograph “Three Young Farmers on their Way to a Dance,” he shares the history of the photo, the events that would come in the weeks and months following its capture, and its connection to one of his own photos taken in 2020. In the chapter on the song “New Partner” by Palace Music, he recounts memories of listening to the song throughout his life. And when discussing the Kauaʻi ʻōʻō, he talks about humanity’s impact on global wildlife, how we are contributing to mass extinctions, and the efforts ornithologists went to in a futile attempt to save the species (the audiobook includes a recording of the last ever member of the species calling in vain to companions who will never answer and Sophie defies anyone to listen to it and not be reduced to tears).

Green has never been hesitant to discuss his personal mental health issues and the essays here are no exception. Given that much of the book was worked on during 2020, the familiar fears triggered by COVID-19 are present through many of the stories here, but there are many other deeply emotional moments too. Green recollects a complete breakdown from his youth and is open about his medications for depression and OCD, but there are also many joyful moments.

The Anthropocene Reviewed ended up being one of Sophie’s favorite books of the year so far and she highly recommends it to everyone.

Between the Bookends: 4 Books We Read in March 2022 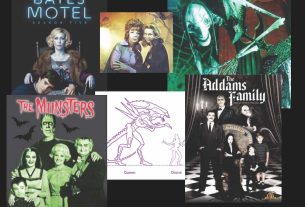