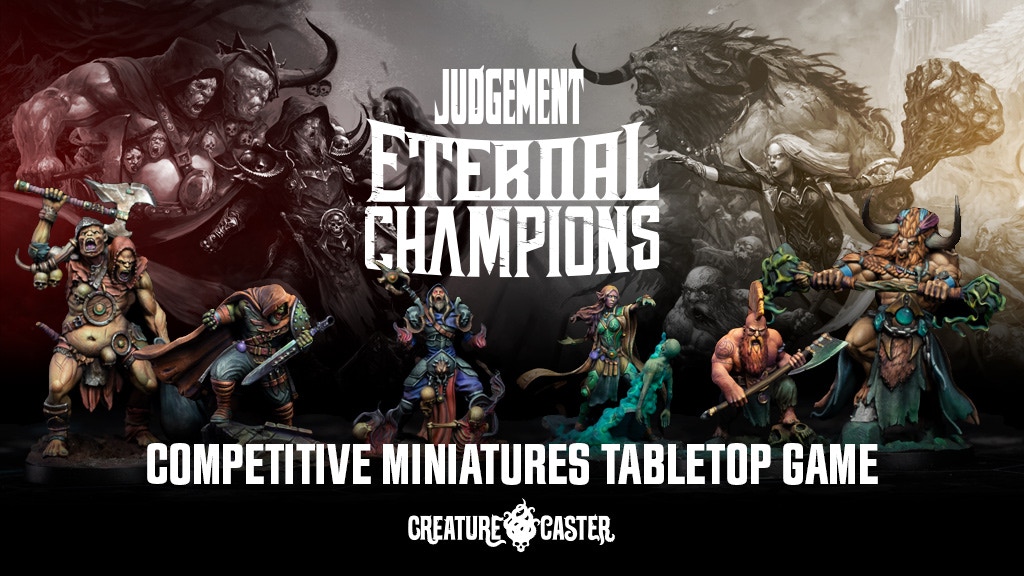 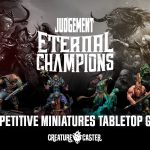 Regular GeekDad readers may know that my favorite game of the last few years is Warhammer Underworlds. Its quick to play, hex-based tableau delivers a tactical hit in a short space of time. It’s perfect for busy players. I’m always on the lookout for similar games and now a new one from Creature Caster is coming to Kickstarter. Judgement: Eternal Champions.

New to Kickstarter? Check out our crowdfunding primer>.

What is Judgement: Eternal Champions?

Due to the pandemic and being unable to meet to play physical games, I haven’t seen or played a game of Judgement: Eternal Champions.  This post is simply my fanboying over the incredible-looking miniatures and interesting-looking gameplay that I’ve read or seen elsewhere on the internet. This is the second edition of a 2017 game, Judgement, by Gunmeister games. This iteration sees designer Andrew Galea teaming up with painters’ favorite Creature Caster. The miniatures on show are sublime and the Kickstarter will offer both Resin and plastic alternatives.

The game is an arena combat game, very similar to in essence Warhammer Underworlds or Super Fantasy Brawl. As with SFB there is no deckbuilding. The game is primarily aimed at two players, each controlling a warband of fighters. Each fighter in a warband has a number of cards to represent their abilities and stats. They have all the stats you’d expect to see from such a game, such as attack, defense, damage, and special attacks, for example.

Much like Warhammer Underworlds, the game is driven by bespoke dice. Throughout the game, you will be required to roll different numbers of dice depending on your fighter’s skill set. There are three broad types of fighter in the game, aggressor, defender, and soulgazer (magician) and they all have different strengths and weaknesses, as well as personalized special abilities. There are a number of different warbands available, and one can safely assume more will follow to increase the flexibility of the game.

If the miniatures continue to look as great as the ones on show, just owning the warbands will be a worthwhile exercise.

If you want to take a look at how the game plays, check out this video. 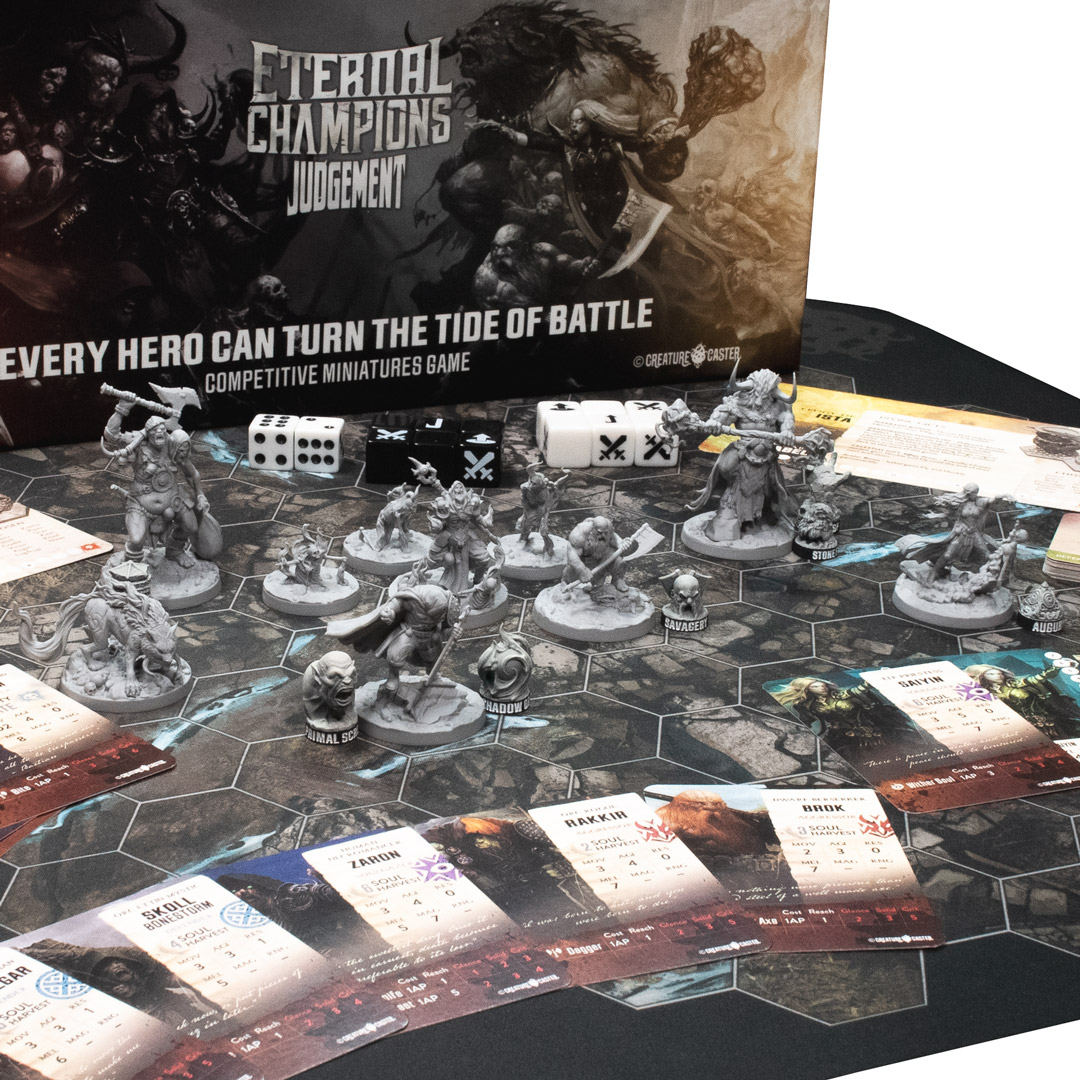 At the time of writing, there are already several pledge levels starting at $88 for the Competitors Box which includes a Starter Box with single piece PVC models and a Collectors box, at $138 which has resin multipart kits. Further to that, there are higher pledge levels with additional terrain and tokens which again are pitched at the competitor and collector levels. All pledge levels include a starter box which contains everything you need to play the game. The resin collector sets will only be available in limited amounts.

Each starter box will contain 6 Heroes and one bonus Kickstarter exclusive hero, two effigy models, a neoprene hex battlefield mat, 12 Judgement dice, 2 standard D6s, all the cards you need to play, and some card cardboard terrain and tokens. There is everything you need for a two-player, 3 hero v 3 hero match-up.

Apparently, there are over 40 heroes to be converted from the original iteration in the game, some of which will be made available as stretch goals during the campaign. What isn’t clear to me at the moment, is whether warband teams are fixed in predefined trios or whether it is possible to mix and match heroes to make custom warbands.

By the time this review goes live, the Judgement: Eternal Champions Kickstarter should be underway. I can’t wait to look at more details of the campaign and am looking forward to seeing the game in all its glory.

Click through to read all of “Tabletop Kickstarter Alert: ‘Judgement – Eternal Champions’” at GeekDad.If you value content from GeekDad, please support us via Patreon or use this link to shop at Amazon. Thanks! 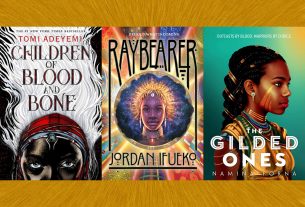