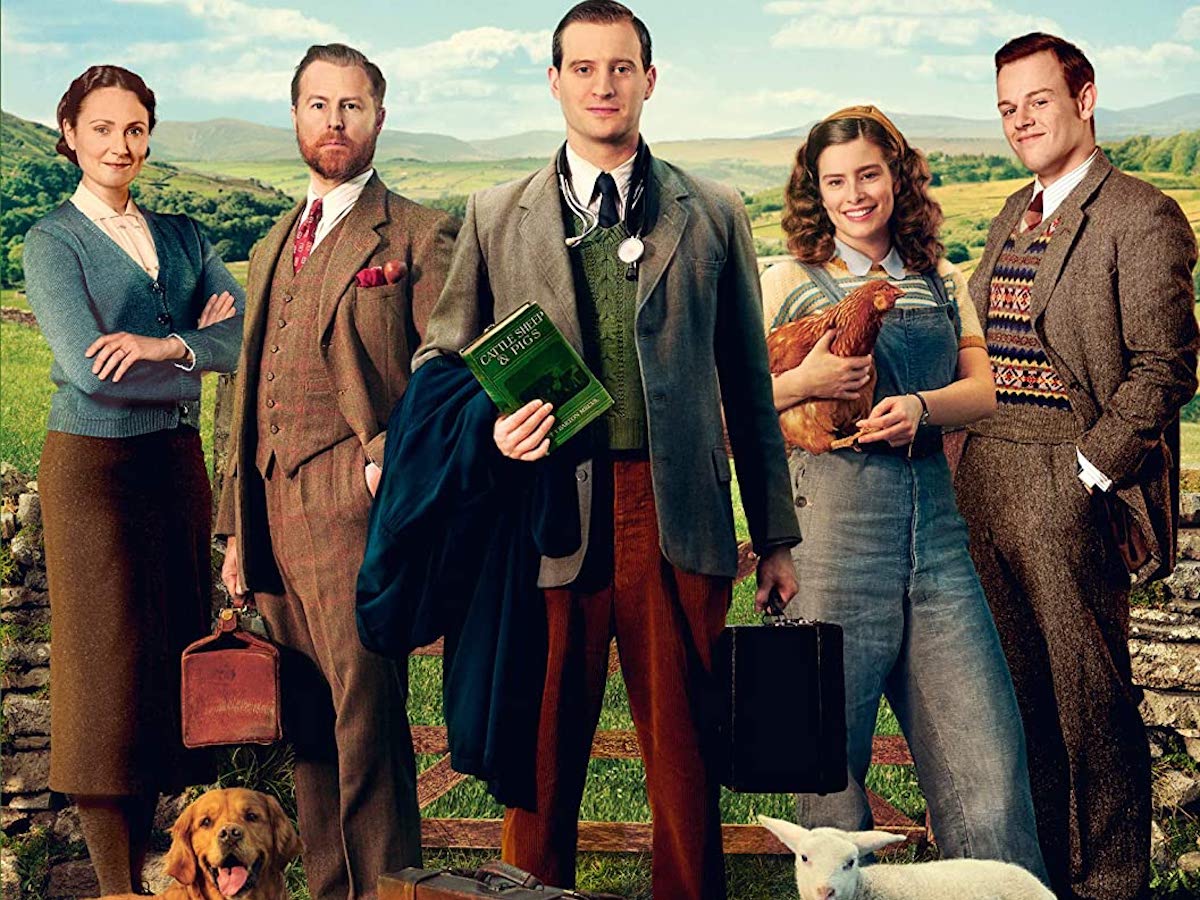 Last week, we finally purchased the new series All Creatures Great and Small on Amazon Prime.

The series debuted in January of this year on PBS’s Masterpiece in the United States, and in the UK on Channel 5. For some weird reason I had been putting off watching it.

Now that I’m nearly done with the season, I can’t imagine why I held off. It is excellent. The casting is perfect, especially since they chose a relatively new name for the role of James Herriot, Nicholas Ralph. I like not knowing this actor from anywhere else, as I see his work on this character, not from his acting resume.

Being able to learn more about Mrs. Hall (Anna Madeley), Siegfried Farnon (Samuel West) and Tristan Farnon (Callum Woodhouse) is another welcome bonus. When reading a book from a particular point of view, you don’t get to see the development of those characters who aren’t around when the story’s narrator isn’t present. There is so much more to these characters, and I appreciate that.

It was great to see Avenger, Bond Girl, and Joffrey killer, Dame Diana Rigg, in one of her final roles as Mrs. Pumphrey, one of the more memorable pet owners in the original book. Even her dog, “Tricki Woo,” was aptly “cast”…by a dog named “Derek.”

Above all, they let the true star of the tale be the beautiful, green and rambling dales, and the series is filmed throughout Yorkshire. The historic town of Grassington fills in for the fictional Darrowby.

However, I might be a little swayed, as this new series caught me at a time when I most needed to follow along on a new vision of James Herriot. See, as I am writing this, it is my 52nd birthday, and the first one I am spending with both my parents now gone. All Creatures Great and Small is really bringing back the best parts of my own childhood memories.

The name has been part of my growing up more than any other author. My father would read one chapter of his books…only one…a day and force himself to put it down, because “he didn’t want it to end.” He didn’t want to leave the Dales and Darrowby before he had to. There was forever a creased paperback lying around somewhere in the house.

As a child, I didn’t realize the titles were taken from the hymn, “All Things Bright and Beautiful,” by Cecil Frances Alexander, and one time in church they were singing her most famous verse when I told my mom “they stole these from James Herriot.”

When I was finally old enough to read the books myself, my experience was a little different than my dad’s. I “binge read” them. I raced through Yorkshire laughing, smiling, and crying out loud at the tales of Herriot making his way into the world, as a vet, husband, and father. When I finished the end of The Lord God Made Them All, I felt suddenly empty and isolated, as if I was being taken away from my family and longtime home.

My dad was thrilled he was finally able to talk about the stories with someone else. He could say something as off-the wall as “he’s womitin’ bad sorr,” and I would get the joke.

In high school, I participated in the “Humorous Interpretation” competition in University Interscholastic League (UIL) Drama, and while others were using worthy passages from books like Hitchhiker’s Guide to the Galaxy, I chose to interpret Herriot’s chapter of Cedric the flatulent boxer. I did an atrocious job, but still find that story hilarious and touching.

In 1992, was in graduate school in Alpine, Texas pursuing either a career in journalism or animal science (journalism won out), but not before I got a Veterinary Technology license just to prove I could. This was when Herriot released his last volume, Every Living Thing. I picked up a copy from a nearby supermarket, of all places. Once again, I raced through the tale, a story of Herriot training his own next-generation of vets, and I felt like I was visiting a long lost relative.

When my first daughter was born ten years later, my mom gave my a collection of the Herriot’s children’s picture books, and my daughter particularly loved Moses the Kitten. She also found a big James Herriot’s Yorkshire Village pop up book that I loved to set out on the floor with her, peek in the little doors and windows, and pretend I was wandering the lanes in Darroby.

I had only seen a few episodes of the original long-running PBS series, and wasn’t even aware they had made two movies based on his works until just recently. I also didn’t know there was a documentary, The Yorkshire Vet, focusing on the real life work of one of Herriot’s own trainees. I still see Peter Davidson as the Fifth Doctor more than as Tristan when I see images from the original television series. This is not a bad thing, as am unable to make any comparison between the “old” and “new” series that would get in the way of enjoying the current shows.

I only know I am thoroughly loving the latest series, even when it makes me miss my father horribly.

Which brings me to the other thing James Herriot inspired me to do: cherish my memories and find a way to keep the best ones preserved.

I could never dedicate an entire book series to my own life, but I do maintain a travel journal on our rare ventures into the new, as well as keeping “hard copy,” scrap books with photos, clippings and paper souvenirs of life’s journeys. Even if the only ones who see it are just my family, that is okay. They are out there.

Herriot himself knew the importance of visiting our own memories on occasion, as he wrote in an introductory essay called “The books I almost never wrote” for his Best of James Herriot collection in 1982:

“They say we should not live in the past, and I have no reason to do so because I am still a practicing veterinary surgeon, still enjoying life. But to me, my past is a sweet, safe place to be, and through the medium of this book I shall spend a little time there now and then.”

My dad spent plenty of time there. So much so, he told me several times there is only one “famous person” or author he ever wanted to meet in person, just to thank him bringing readers and animal lovers so much joy. That was, of course James Herriot.

When Herriot (his real name was James “Alf” Wight) passed away in the 1990s, my dad was heartbroken as if he lost an old friend. He decided then he would for sure find a way to make it out to at least visit his old stomping grounds, which later didn’t seem so crazy as Herriot’s practice became a popular museum and literary tourist spot.

He was still always thinking of doing that not long before he died, and even purchased a passport. That was shortly before his last bout of cancer and the quarantine months hit hard. He never made it out there.

I now keep my dad’s empty passport with me as a reminder to never put off adventure when you have the chance to go on one.

When we finally sat down to the new series, I told my husband this would have been one we could have watched with “Grandpa,” who would have loved it. He might also have been sad he never go to meet James Herriot or shake his hand.

But, you know what? Both my dad and James were believers in a higher power, and well, if you believe in that sort of thing (I do), then I’m pretty sure he finally got to meet him after all.

For the rest of us, I recommend this latest beautifully done telling of his books. 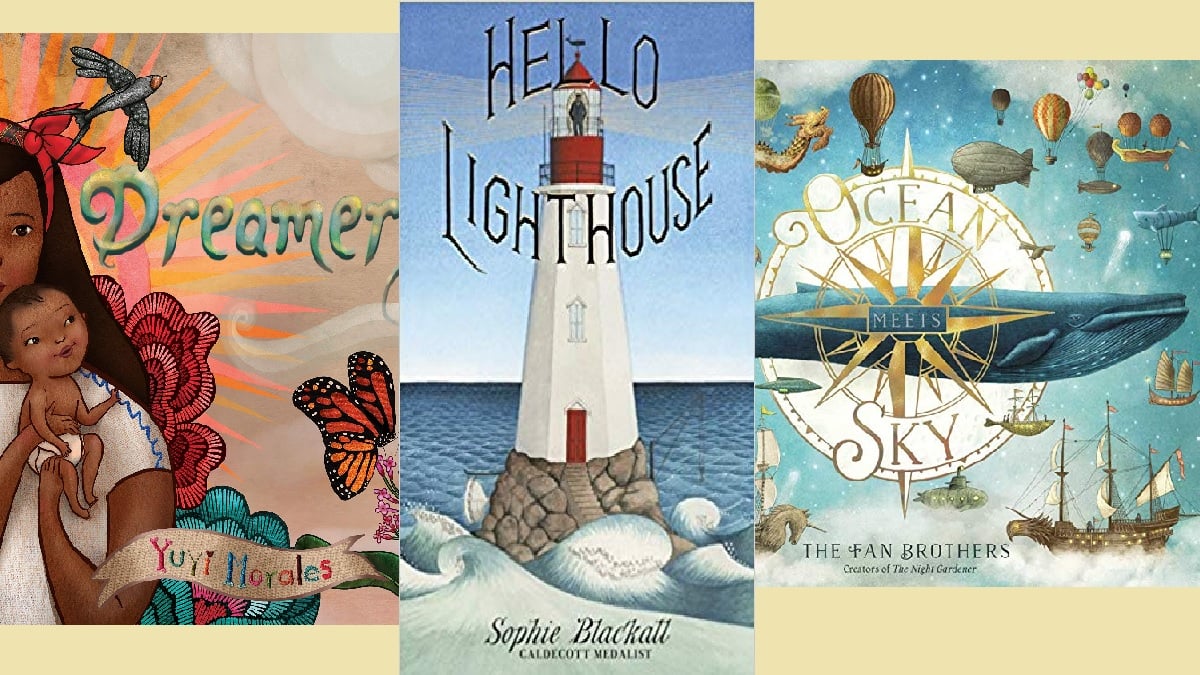 Award Winning Books and the Eye of the Beholder 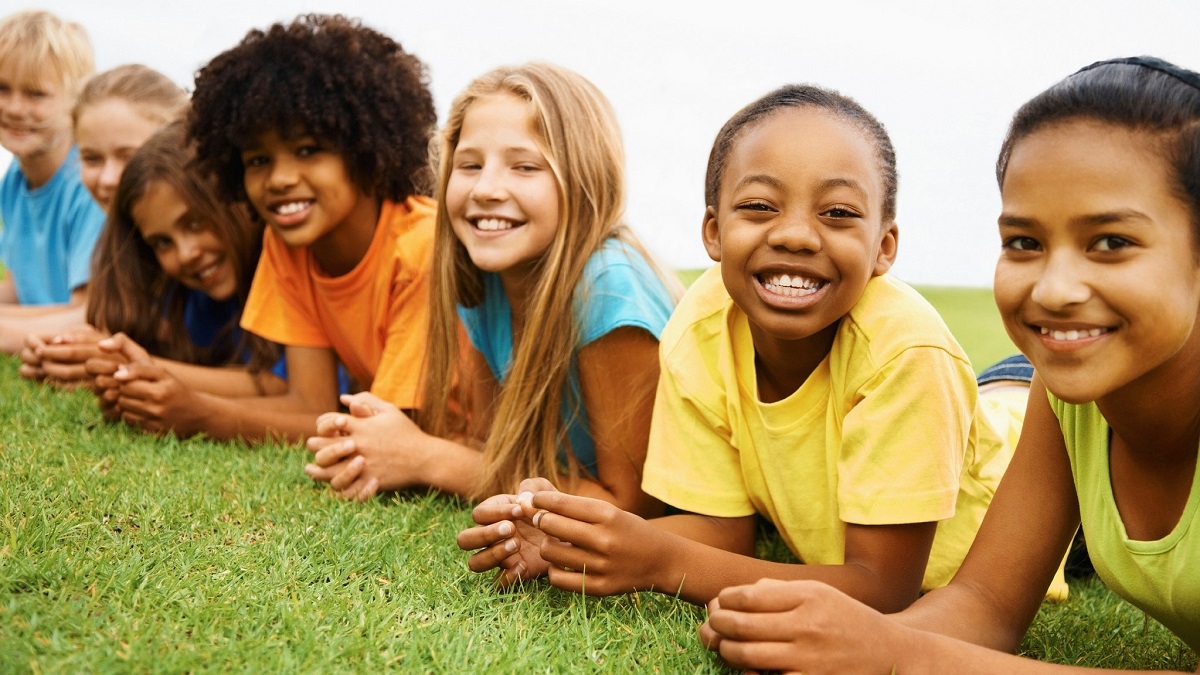