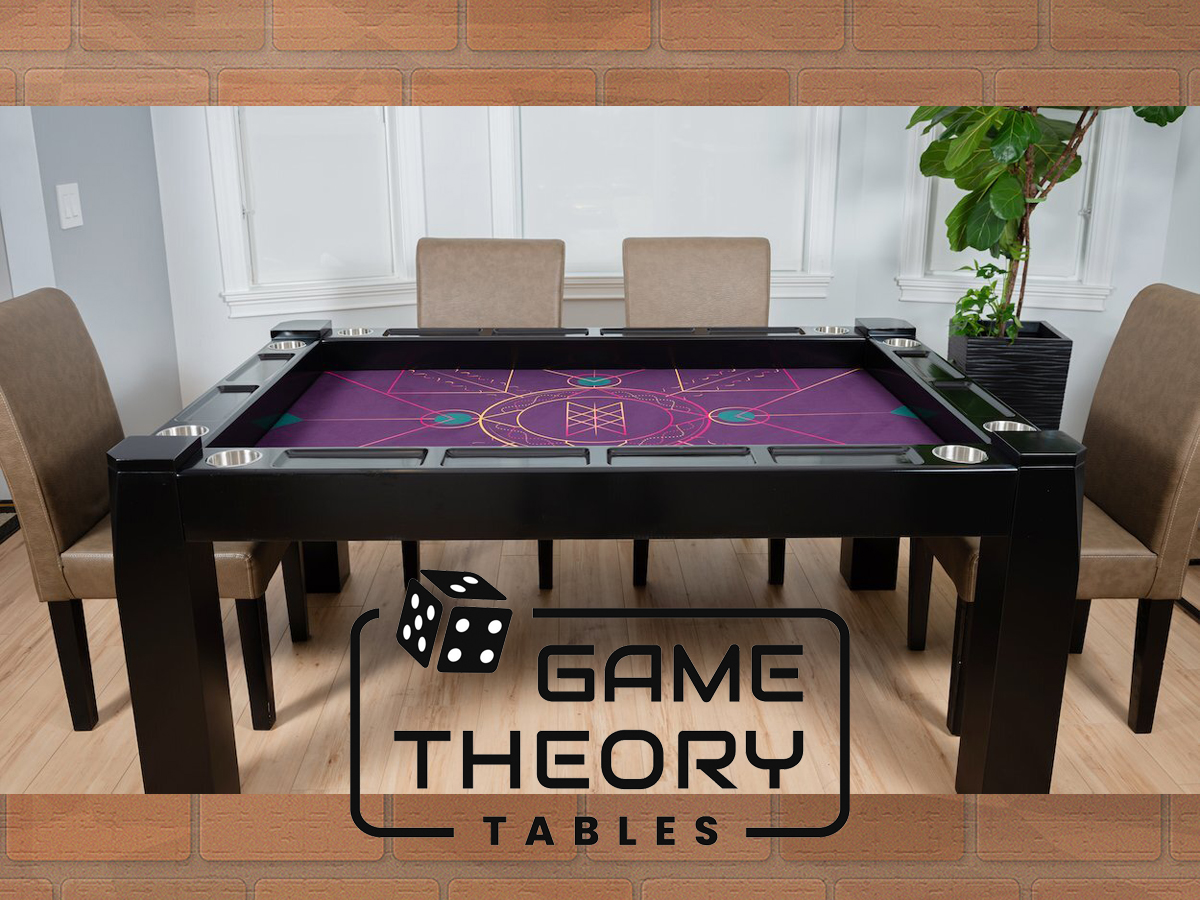 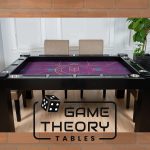 Last fall, Game Theory Tables ran a successful “YouStarter” campaign for their Origins Game Table, which I reviewed back in August. That YouStarter was just a trial run for the main event, which is a 30-day Kickstarter campaign for the Origins table.

Game Theory Tables has a lot of options available for the Origins table during their campaign. Here are the basics:

There are essentially two pledge levels at launch: one for just a neoprene mat, and one for the Origins Game Table. A neoprene mat is $44, and an Origin Game Table is $1499. Shipping is included in the table’s cost for the lower 48 states. The Origins table comes in three different colors, with a fourth as yet-unrevealed Kickstarter-exclusive color that will be revealed during the campaign.

When you pledge will determine how fast you get your table. The first wave will get their tables shipped out in August 2021, while the second wave is set to deliver in November 2021. Each wave has only 500 backers.

Several add-ons are available during the campaign, including additional mats, custom play surfaces, a 3-piece dining top (which I also have reviewed), a dice tower and tiered tray designed to fit with the Origins table, and much more. And of course, there will be stretch goals that will unlock over the course of the Kickstarter.

While these were on offer during the YouStarter campaign, the final product hadn’t yet arrived from the factory so I was unable to feature them. That’s changed, so I can show off the three current mats. Other styles will be revealed during the campaign.

Each mat is edge-stitched neoprene, and measures 61″ x 37″. They come standard if you get an Origins game table during the campaign, but you can also upgrade to a gaming suede play surface like the one in my review of the table. Below are some photos of the three different launch designs. Please note that the mats were taken from their boxes, unrolled, and then photographed on the dining top. That’s why there are some bumps seen around the mats’ edges. If you allow the neoprene some time to relax, those bumps will flatten themselves out.

I’m not going to rehash all the many features of the Origins table; for that, you can refer back to my original review. However, I will give you a few bullet points:

Why You Should Back The Origins Game Table

If you’ve been following my gaming coverage on GeekDad, you already know that I own an Origins game table, and love playing and reviewing games on it. If you haven’t been reading my articles, or if you just want to refresh yourself on them, you can go to my previous reviews of both the Origins table and the dining top. TL;DR: The Origins is a versatile gaming table with a lot of great features.

And while the prices for the Kickstarter campaign aren’t quite as good as what was on offer during their YouStarter campaign, Game Theory Tables is still offering up a great deal. A 6’x4′ solid wood game table, with a vault, cup holders, and a neoprene playmat for $1499 including shipping is very competitive, especially as there will be a number of discounted add-ons that you can also purchase.

Game Theory Tables is awaiting the final prototypes of the new dice tower and tiered trays, so unfortunately I haven’t gotten my hands on them yet. But I love how they’re designed to match your game table in both style and function. The dice tower fits right into one of the corners of the table: Just remove an end cap piece and slot the dice tower into place.

There’s even a referral program that Game Theory Tables is implementing, where you can recruit fellow backers to the Kickstarter and earn bonuses. The more friends that you recruit to the Kickstarter campaign, the more free items you will earn. You could even get your Origins game table and a matching dining top for free! Just sign up for the referral program, and then email info@bbopokertables.com whenever friends and family back the Kickstarter. Once their orders have shipped, you’ll receive any of the bonuses you’ve earned.

Tables from last Fall’s YouStarter campaign have already been shipping out to backers. Game Theory Tables has proven that they can build a great table, and deliver it in a timely manner. If you’re looking to get a board games table for your home, then head on over to the Origins game table Kickstarter page.

Click through to read all of “Kickstarter Tabletop Alert: The Origins Board Game Table From Game Theory Tables” at GeekDad.If you value content from GeekDad, please support us via Patreon or use this link to shop at Amazon. Thanks!

Letters to Aunt C: On the Power of Reading, Writing, and Good Advice