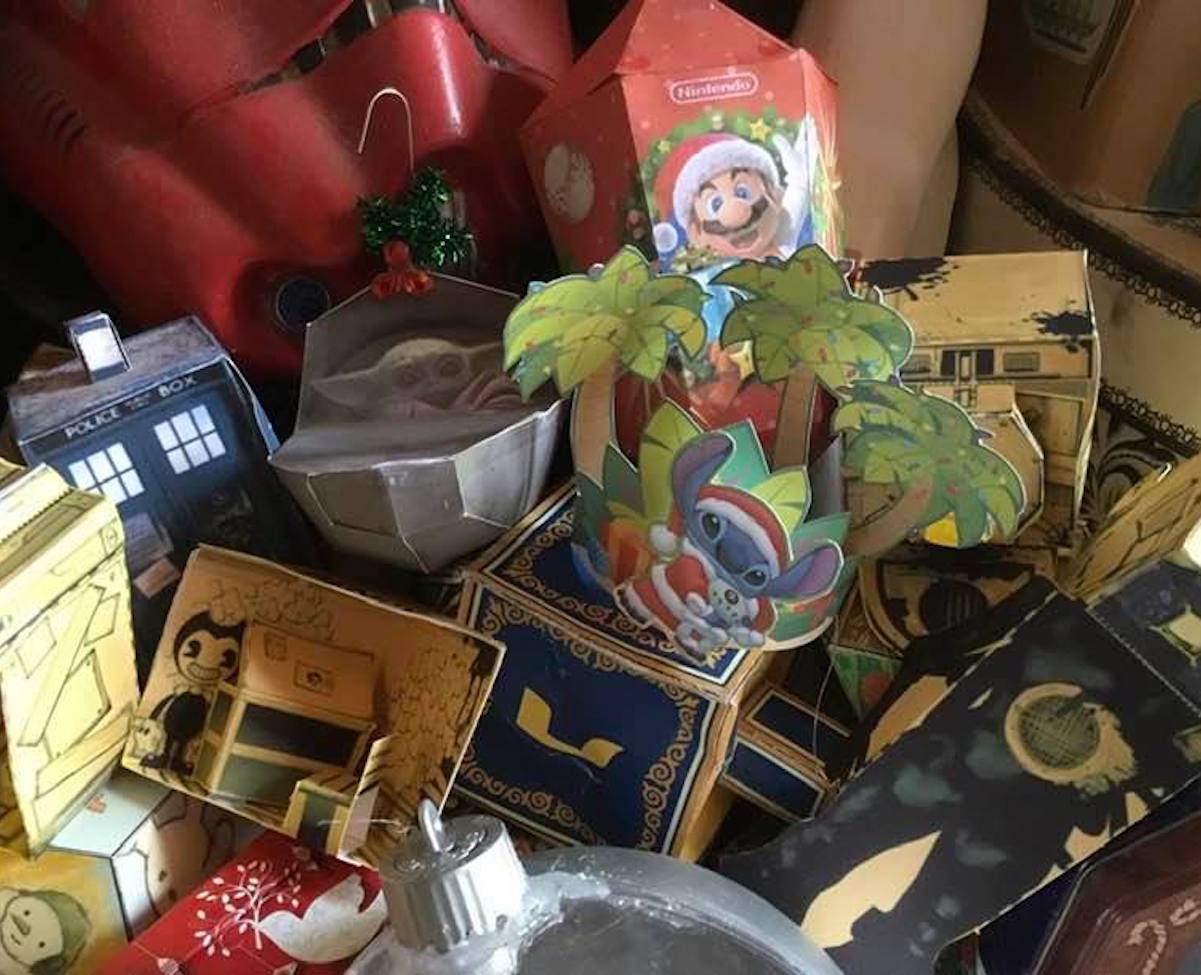 In our home, DIY projects and crafts help us fight the winter blahs and get into the holiday spirit, and often this involves easy printable paper designs like geeky snowflakes.

This year, everything is just a little bit different, so instead of sharing new snowflake finds, I’ll share some other fun printable ideas that my family has enjoyed making during the holiday season—which you can easily print out and make as well.

The nifty designers at Joey Drew Studios have put out their latest in a series of Bendy Paper Ornaments, Henry’s Desk. This is much easier than it looks, and it has a cool shadowbox appeal. 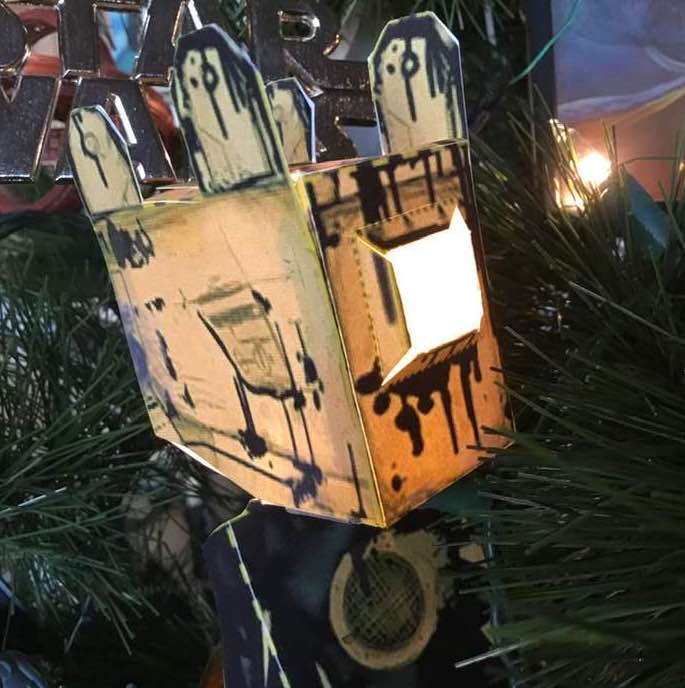 The three other Bendy ornament designs are also available on the site if you want to make them all. The Projectionist ornament even fits over a tree light for a glowing effect. Also, since they don’t have any holiday-specific markings, they can be fun crafts any time of year. 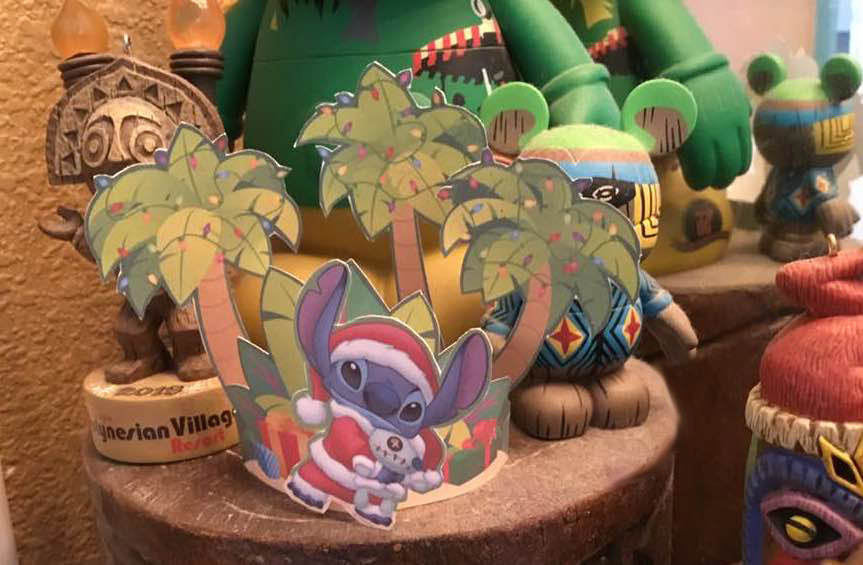 Disney Family is a site I check often during different holidays and seasons, and they have plenty of easy Christmas and holiday printable crafts from gift tags and stickers to a 3D holiday Belle, many that require only one page to print out. This Stitch Holiday Tree Topper was a favorite to put in our tiki bathroom. This is actually a four-page printout, but we shrank it down to small ornament size, rather than tree topper size, by using the “print multiple pages on sheet” option many home computer printers have. He looks pretty charming that way, and not at all ready to wreak some holiday havoc. 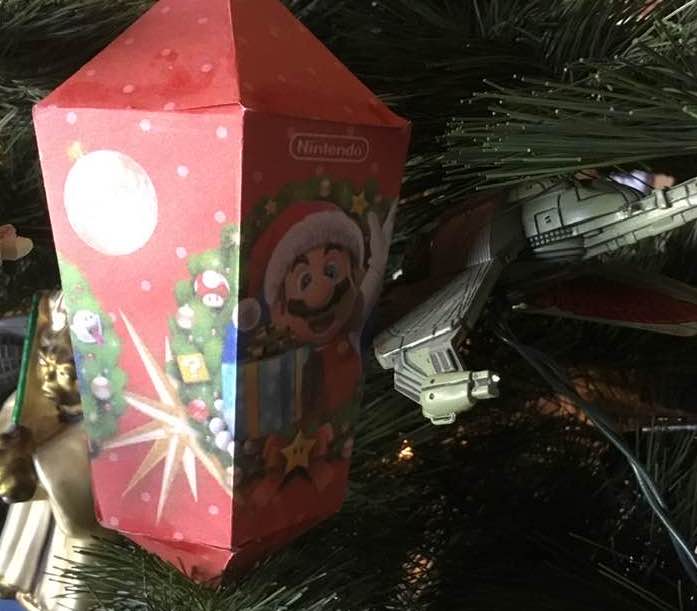 The official Play Nintendo site has printables for every occasion, including many for the holiday season. One easy one we did was a plain Mario-themed tree ornament, but there are plenty of other Nintendo-themed papercrafts to go crazy printing and making on this site. 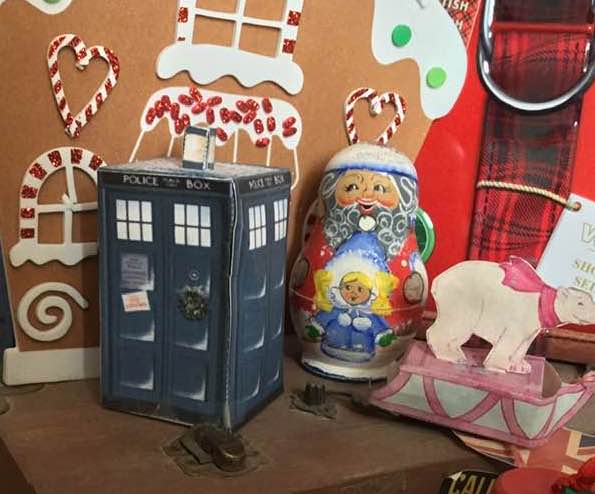 The TARDIS, good for whichever Doctor suits your fancy, is a simple box printable, but it still manages to look clever and cozy. The blue box I found was all decked out for the holiday season with snow and a wreath, but I couldn’t for the life of me find where I originally printed it out (sometime during the Matt Smith era). However, the official TARDIS papercraft released during the TARDIS World Tour is the TARDIS of this design. All you have to do is add a little sticker wreath if you want.

Finally, thanks to director Jon Favreau… 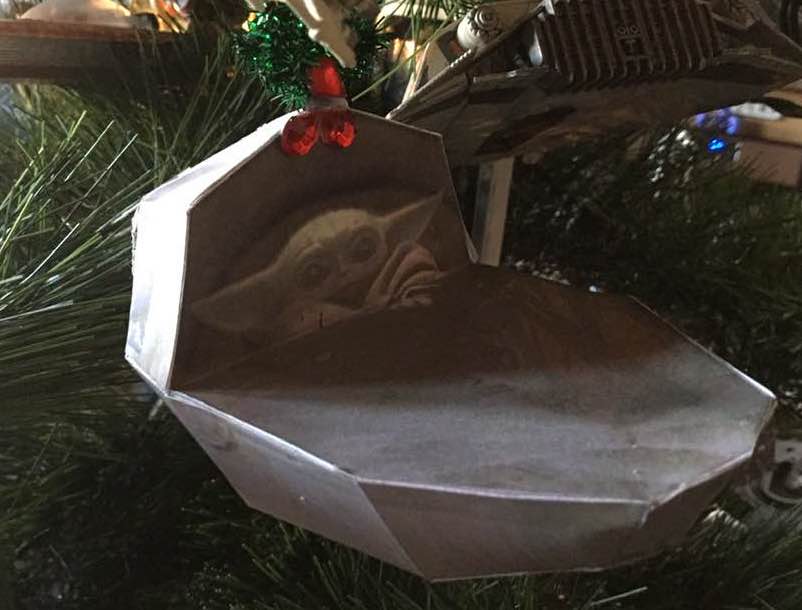 Last year, Favreau knew what was capturing the hearts of people everywhere, and no matter your politics or beliefs, we loved the Child (affectionately dubbed Baby Yoda). As no official merch was out last year, he released an easy ornament papercraft on his Twitter feed for anyone who wanted it. We added a little holly leaf to ours to make him festive. Today, Mando merch is everywhere, but you can still get this cool craft off Favreau’s feed. We all now know that he is a boy named Grogu, and was never officially called “Baby Yoda,” but some adorable habits are hard to break.

Happy crafting—this holiday season and beyond!

Dear Retailers, You Have Failed This Mother’s Day!

‘The Great Kindness Challenge’: Who’s In?

Holiday Peace, Thanks to the Lego Advent Calendar