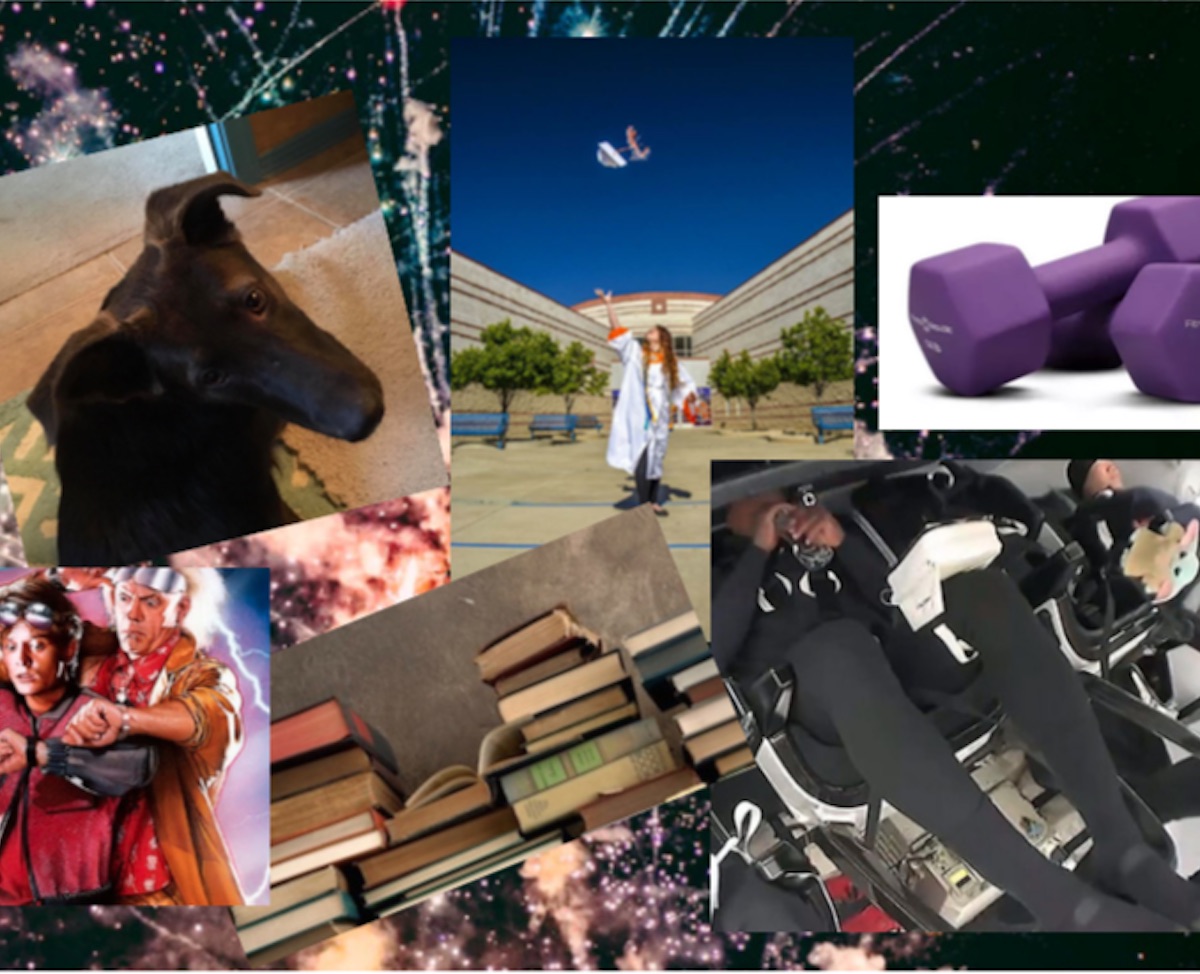 Let’s all say it together, as if we hadn’t been doing so ad nauseam for months: 2020 sucked! That’s not just the popular thing to say, it is the “expected” thing. Every time something good happens, we all have to follow it up with “yeah, but…2020 did this.”

I’m no exception. This year, I lost my job, my cousin, and my dad. The job was early on, when my boss decided no one was ever going to do anything public again due to COVID and shut down our monthly arts and entertainment magazine for good. My cousin and dad had both been battling cancer, which would have taken them at anytime. Neither of them ever tested positive for or issues with COVID.

Right now, my brother and I are gearing up for a very impersonal funeral for my father, which is quite depressing, but we were able to spend Christmas together with our families. We were lucky compared to many people.

As I take a break to look back on what 2020 “took from me,” there were also some good things that happened in my life, and I wanted to take this opportunity to challenge myself in finding at least 10 things that were good about my 2020. No “yeah, buts” attached.

1. My oldest graduated from high school…with honors. I had never been so proud of a kid in my life. Three scholarships (nothing huge, but still…). Top Ten Percent. She already had about a year’s worth of college credits under her belt. The graduation ceremony was done with each of the grads arriving at a different time, which was fine by her. She didn’t have to sit through sappy valedictorian speeches and there was a “red carpet” entrance for each grad and two family members. It was actually really cool.

2. My youngest is now a middle schooler (…and loving it). My 11-year-old missed out on a number of parties and end-of-year fun for fifth grade, but she is loving being in 6th grade. The projects are more challenging. She has discovered she loves her science class and singing, and she has her own new school-issued laptop computer she gets to use whether remote learning or in class. We don’t go to a wealthy district by any means, but she looked like she won the lottery when they handed her that computer and its case.

3. We got to see two space launches. Thanks to SpaceX, Elon Musk, NASA and everyone else involved, we got to watch two separate launches to the International Space Station, and it was something great to see with our kids own. Politics and world views, and everything else means nothing when people are heading into space. Baby Yoda (aka Grogu) even went along for one of the rides.

4. My husband finally figured out astrophotography. After the first launch of “Crew Dragon,” my husband wanted to get a photo the next time the space station went over. It passed right between Jupiter and Saturn…and my husband’s camera missed getting a good shot. It was so frustrating to him, he threw himself into learning the camera tricks necessary to get a good space photo. When he figured it out, he took pictures of the sky we never knew was right above us. Stars hidden to the naked eye were finally visible, and by this December, with the beautiful planets aligning on the solstice, he was able to get some wonderful pictures. It isn’t NASA quality, but better than he could have done before.

5. I started getting myself in shape again. One of the things everyone stated doing this year, was catching up on their binge watching. I had been putting off watching the series, Lucifer, since it didn’t look like it followed the Vertigo Comics source material and I’m weird about movies and shows being loyal their books. Well, I got hooked, as it was simply a fun ride. I also started feeling bad about myself for being so inactive, because everyone on that show seemed be “rock solid.” I then discovered one of the actors, D.B. Woodside, was my age and in incredible shape. I could have easily gone through all the excuses: actors get paid a ton of money to spend hours at the gym…this guy hasn’t undergone two C-Sections…you should be happy with your body no matter what…yadda, yadda, yadda. Still, I wanted to physically feel better. I didn’t need to be “ripped,” but just more active like I once was. I started working out with more intensity, keeping with my physical limitations, and it improved not only my physical state, but my emotional health as well. I am still a long, long ways away from where I want to be, but am happy with my progress. Who would have thought “binge watching” would have gotten me back in shape?

6. On the other hand,  I discovered my life doesn’t hinge on what “new movies” are being released. I was able to catch up on some binge watching this year, but also realized we all needed a breather from the onslaught of too many movies and shows from one franchise. I have rediscovered some older classics (including some 80s favorites) in the process, and learned the importance of “less is more.” The many characters of the Marvel Universe, as well as all the new shows the Star Wars franchise is coming out with, are great, but I am hoping not to see too many at once. Maybe, “Hollywood” will figure out one of the best strategies is to take some time to let people miss you, before piling in too much at one time. We’ll see.

7. We rescued a dog. Hindsight 20/20 (no year pun intended), this might not have been a good thing. She’s a hyper, ravenous, long-leggedy, floppy-earred, pointed-nosed beastie who trips over her feet, and drives our poor old Sirius Black dog batty by constantly climbing on him and chomping on his ears. She’s a mess. She also would have froze (or starved) to death in the middle of a construction site, with an infected gash in her side. Instead, she spent the holidays cozy and happy getting pets, love, and table scraps. This year was certainly a good one for her and every other recused pooch.

8. I finally made a vampire hunter’s kit. I had been wanted to do this for several years, when I first saw one of these online. I did, and I love it. You can make one, too!

9. We got our garage organized…well, half of it. Everyone has gotten a little complacent lately, but when we were all forced to forgo many of our responsibilities we finally…finally…tackled the ever-growing heap of books and junk filling up our garage. We organized the bookshelf, and took several unwanted volumes to our used bookstore. We also did a couple of charity runs and couldn’t believe how much nicer things looked when you clean everything up. We still have one side of the garage to get to, but at least we now know success can be achieved.

10. I realized that life will NEVER be completely safe or devoid of hardship, and if we are too afraid to take risks, we will merely “survive” but we won’t “live.” I am not arguing with anyone who feels that masks and lockdowns are vital. Some people may need it. That is your choice, and think every side of these COVID arguments has its share of validity. However (and this is only based on my own experience, and am not telling everyone to go against their own personal judgment), if my father spent his last year worried about his grandchildren, family and friends giving him anything, he would have spent his final months alone, secluded and scared. He us know early on he would rather live a month with the people he loved that a year in isolation. He lived several more months.

I saw a parody headline in a satirical new site this year that read “‘2020 is the Worst Year Ever!’ Exclaim People Who Never Lived in Any Other Time in History.”

Yes, 2020 could be called a “bad year,” but as every single individual on this planet is completely unique. We have each had our own, personal set of experiences, and our own ways of dealing with them.

My wish for the teeny remainder of this year, and for all the years to come, that we keep better track of all the “good” that happens to us and those around us, and do our best to make sure we share that good with others, be it our own family, surrounding community, or the world. 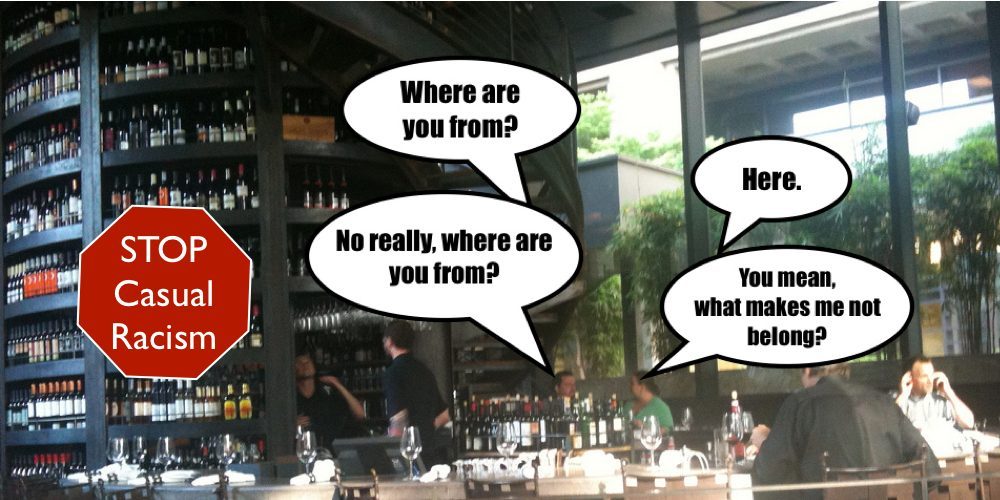 Casual Racism: Stop Asking Me Where I’m From