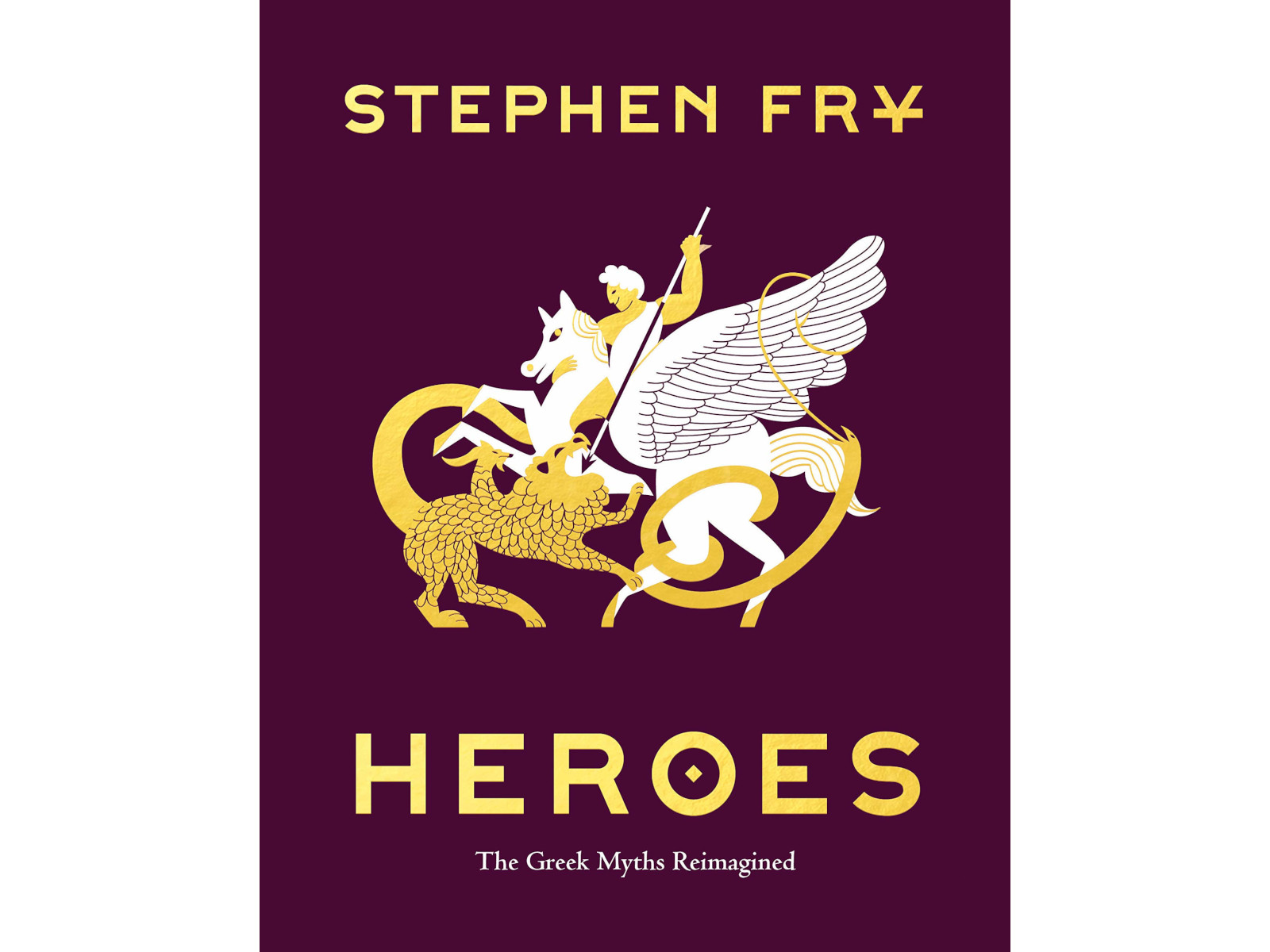 Tl;dr: If you’re a fan of Greek mythology and/or Stephen Fry, Heroes is a must buy (as was Mythos).

The bookstores abound with revisits to ancient mythologies these days, with those fictional times, long ago, reexamined by compelling storytellers in a way that appeals to modern readers. From Neil Gaiman’s Norse Mythology to Stephen Fry’s study of the Greek gods in Mythos, fans of the topic now have many options to consume these stories in new ways.

This year, Heroes: The Greek Myths Reimagined, the follow up to Fry’s Mythos, tells the stories of the mortal heroes who had to (got to?) interact with the Greek gods. From Perseus to Heracles, Theseus (and his Labors) to Oedipus, Jason to Atalanta (thank you, Alan Alda, for making her “Foot Race” story ingrained in my childhood), we are treated to traditional stories told in the fascinating way of the great Stephen Fry.

The beginning of the book includes a map of the ancient Greek world along with a family tree for the Olympian gods to get you oriented, and then it dives right into stories of the famous, infamous, and little-known heroic mortals from ancient Greece’s mythology. These stories are told in a compelling and easy-to-read manner, with all of Stephen Fry’s genius and wit. Footnotes add tangential information, as well as humorous asides by Fry. This volume is as fantastic as the previous one.

Since these stories intertwine so much, it’s a bit hard to put the book down, not being sure where to pause for the moment. Fortunately, each mortal’s section is broken into subsections of about one to ten pages. The book also includes plenty of images, depictions of these stories from ancient times to the 20th century, to help with your visualizations.

And, as with the previous volume, the first time a character is mentioned in Heroes, their name is in all caps. If reading the book in sequence, this makes it easy to make note that the book is introducing a new god/monster/person rather than get confused by a similarly spelled name. The index in the back also makes it easy to find who or what you’re looking for in the book since so many characters show up in others’ tales. And since the Greek mythological world was so incestuous, you’ll be forgiven if you lose track.

The end of the book also includes a handy List of Characters for easy reference, which I kept turning to time and time again because I seem to keep getting everyone’s stories mixed up. (It doesn’t help that my mythological education had the Roman versions of these all mixed in too.) It includes the Olympian Gods, Primordial Beings, Monsters, and Mortals (of which there are many, mostly with names in the first half of the alphabet).

All in all, Heroes is quite a worthy successor to Mythos, and I might even argue that the subject matter is more compelling, being that it’s easier for us to relate to (mere) mortals than gods, no matter how fictional.

Stephen Fry’s Heroes: The Greek Myths Reimagined is available now, and I recommend it to any fan of mythology. It’s also a perfect companion to Mythos, and I wouldn’t be surprised if Fry has even more of these books coming in the future.

Note: I received a copy for review purposes. This post contains affiliate links.