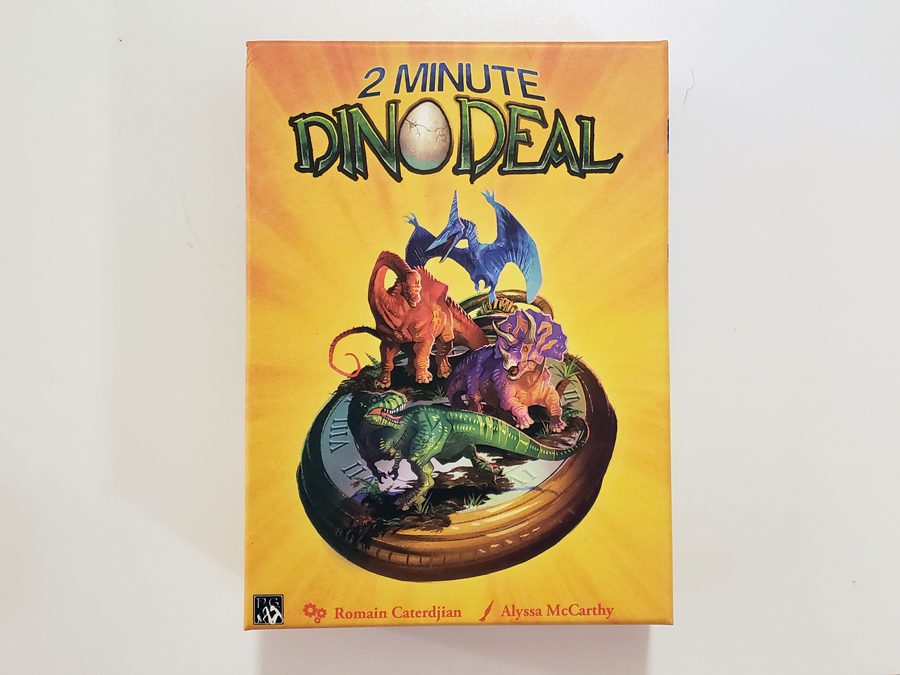 Sometimes with kids it’s nice to have games that play quickly and clean up without much fuss. I was intrigued when I saw a pitch for 2 Minute Dino Deal from Petersen Games, a game described as only taking two minutes to play and just as long to teach. My kids really enjoy testing out board games with me, but sometimes they get super impatient going through long rules and with a dinosaur based theme to it, I thought this might be an interesting game to to try out.

What is 2 Minute Dino Deal?

2 Minute Dino Deal is a face-paced buying-based game with a solid logic and planning aspect built into it. Players act as dealers of dinosaurs and try to acquire, trade, and sell dinosaurs in order to earn the most money. The game is intended for 2-5 players ages 8+ and plays in just 2 minutes. It has a MSRP of $14.99.

The game components are pretty simple and straightforward being divided into Tokens and Cards. The tokens are brightly colored and pretty easy to distinguish between the types. They’re made of a solid cardboard that should stand up pretty decently to lots of play. I particularly like that the Cash Tokens do not come in the same colors as the Player Tokens, making them faster to differentiate on first glance. The dinosaur art is fun and since each type of dinosaur comes in a different color, it also makes telling them apart a lot easier. This was clearly planned out well.

The cards are about playing card thickness, which is pretty standard and they should hold up well for the player age range for which they’re intended. The pictures are large, brightly colored, and quick to tell apart. Additional artwork on the back helps make sorting pretty easy too.

Overall, the components are well done and what I would expect for the game’s price point.

How to Play 2 Minute Dino Deal

The goal of 2 Minute Dino Deal is to earn the most money by quickly acquiring, trading, and selling dinosaurs.

Setup for 2 Minute Dino Deal is pretty quick. The biggest slow down point is the tokens need to be punched out of their cards the first time you play the game, but this is fairly easy to do. Then setup only requires to following steps:

The game is now ready to play. The instruction booklet also includes a nice diagram to help with setup if needed.

Game play is actually a really simple mechanic. The oldest player starts the stopwatch and all players simultaneously start placing up to four of their markers over the next two minutes. The two minutes are divided into mini rounds as follows:

It should be noted that you don’t have to play one of each token number, you are just limited to 4 tokens total. Tokens may not go on a card that already has a token. If two tokens are placed at exactly the same time, the card in invalidated and cannot be used in scoring. You may not attempt to physically block other players from placing tokens.

*Note: In our game we used a timer to count down rather than up. Either method works as long as all players can keep track of when the mini rounds begin and end.

The game ends when the last mini round ends. Now it’s time to score up player totals. There’s several examples in the instruction booklet to help understand how it works for players who do better with visual examples.

The Dinosaur and Money tokens are used here to help keep track of everything. I highly recommend using them. Put the cards with your token in front of you and then calculate in the following order:

Time Scoop: The dinosaurs you gained. Each card has a picture of at least 1 dinosaur on it. Multiply each dinosaur type by the number on the token you put on the card.

Trade Cards: Show which dinosaurs you can trade for other dinosaurs. The token number tells you the maximum number of times you can make this trade.

Buyer Cards: Show which dinosaurs you need to trade for that cash amount. The token number tells you the number of times you can make this sale.

Whoever has the most money at the end. If there is a tie, the players can share the win or play another game to pick the one true winner.

Why You Should Play 2 Minute Dino Deal

First off, 2 Minute Dino Deal is put together nicely with good components that work very well with the gameplay. Kids that are fans of dinosaurs will love the dinosaur artwork that goes along with them.

Setup is quick and that makes clean up pretty quick as well. This is ideal for a game you want to be able to play in a short amount of time without a lot of fuss. On days when your kids really want to play something with you, but you’re pretty exhausted, this is a really nice compromise. It’s also a great suggestion when kids want to get something out really close to bedtime.

Gameplay is pretty quick and simple and only takes two minutes. The beautiful thing is there’s a lot of strategy built into those two minutes. Do you hold out and put down more valuable tokes risking the cards you want will be claimed? Do you claim cards earlier with less valuable tokens? Don’t forget the Trade Card either. My son beat me by a point in a game where he had a Trade Card that gave him just enough of the dinosaurs he needed to outsell me. While the mechanic is simple enough for kids, the strategy aspect helps prevent alienating adults from playing. The strategy is where the age recommendation comes more into play too. You might be able to fudge the age requirement a little based on how good at strategy based games your kid is, but I know W, age 6, isn’t ready to play this kind of game quite yet.

Several of these features are why I would recommend this game in schools, including for gifted-type classes. The speed of the game, the quick setup and clean up, and the clear strategy base to the game would make it a good fit for classroom-type settings. Being able to have up to five kids play means it’s easier to let each kid get a turn even in larger classroom settings. If the school my kids attend wasn’t currently doing remote teaching, I would probably consider grabbing a copy to donate to A’s Gifted teacher, especially since the price point is just under $15.

The game has a lot of replayability, and even additional rules for a “Campaign Game.” With a MSRP of only $14.99, it’s easily justifiable to pick up for a family game night or to gift to other kids and families. You can pick up your own copy of 2 Minute Dino Deal via the Petersen Games site here. 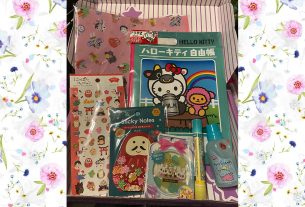