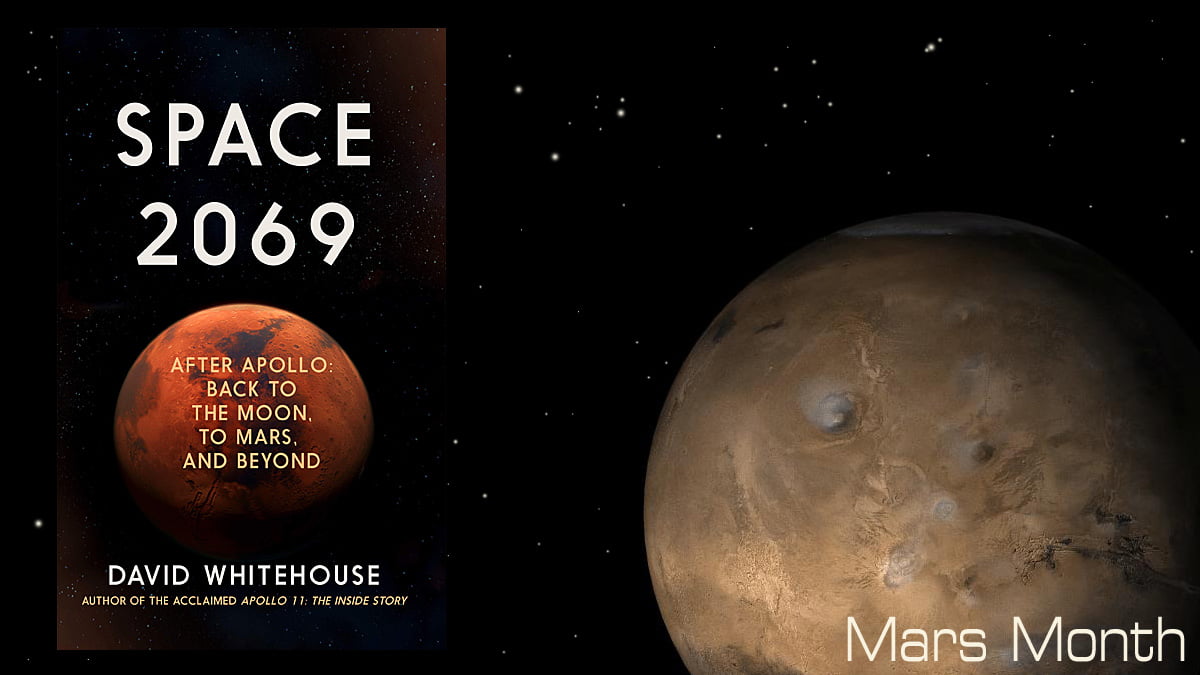 Throughout July, GeekMom prepared for the launch of the Perseverance rover with Mars Month, a month filled with Mars-themed content: Be sure to follow the Mars Month tag to find all of that content in one place. Now that the launch has taken place, it’s time to look to the future, so today I am reviewing Space 2069 by David Whitehouse.

Space 2069 imagines where humanity may be in terms of space exploration by the time of the 100th anniversary of the Apollo 11 moon landing, based on current plans from NASA, ESA, JAXA, and many other space agencies around the globe. It is partly a fictional account, imagining how that 100th anniversary celebration might play out at a moon base, or what the first crewed mission to Mars might look like, but the majority of the book looks in detail at missions so far, those currently in development, and what our goals might be over the coming 50 years.

Space 2069 is divided into three sections. Section One is “Back to the Moon” which explores our current plans to return to the Moon by 2024 and the building of a permanent base as part of NASA’s current Artemis Programme. Significant focus is put onto the choice of site for this ambitious project – the likely candidate today is Shackleton Crater at the lunar south pole – with lots of explanation about exactly why this site seems like such a great choice. The detail here is high, with up-to-date information included from as recently as June 2020.

Section Two, “To Mars”, continues humanity’s journey away from Earth. It explains how a voyage to Mars is wildly different from one going to the Moon and why it’s not simply a case of carrying on a bit farther. In these chapters, the focus turns to the humans – the “weakest link” in any space mission, and just how difficult it will be to make these missions safe for future explorers, looking at cosmic rays, radiation, solar weather, and the difficulties that may be imposed by simple mechanical failures on such a long mission.

The final section, “And Beyond” looks to the other planets in our solar system and well as asteroids, comets, and exoplanets and considers how we might one day explore these places in greater detail. Crewed missions to Jupiter and beyond are well beyond the 50-year remit of this book, but with so many amazing possibilities out there in the depths of space (and some even closer to the sun as well), it feels imperative that we must one day find our way there.

It is fair to wonder what the point of a book like this is. Looking back over the last 50 years, it’s clear to see that even the best-laid plans for space exploration can easily change. As administrations come and go, missions find themselves at the mercy of Congress and both political and military strategies as their budgets forever hang in the balance, and, of course, unexpected events and disasters can cause huge setbacks if not outright cancellations. Trying to predict anything more than a few years in advance seems somewhat foolhardy as is illustrated by the number of claims made since the 1960s regarding when humans will first set foot on Mars – a target that continues to be pushed further and further into the future. In 2020, we are currently looking at a date somewhere in the early 2030s for that momentous event to finally become a reality, but as COVID-19 has proved, everything is in flux no matter how well we plan.

The point then is speculation and inspiration. It’s fun to imagine the future and, hopefully, Space 2069 will help to inspire the next generation of scientists, engineers, and astronauts with visions of the events and discoveries they may themselves be involved in. If NASA’s current timeline is anywhere close to accurate, the first person to walk on Mars may well be in college today and perhaps they’ll pick up this book between classes and picture themselves taking those first steps. For those with an interest in where space exploration will take us next, I cannot recommend Space 2069 highly enough. 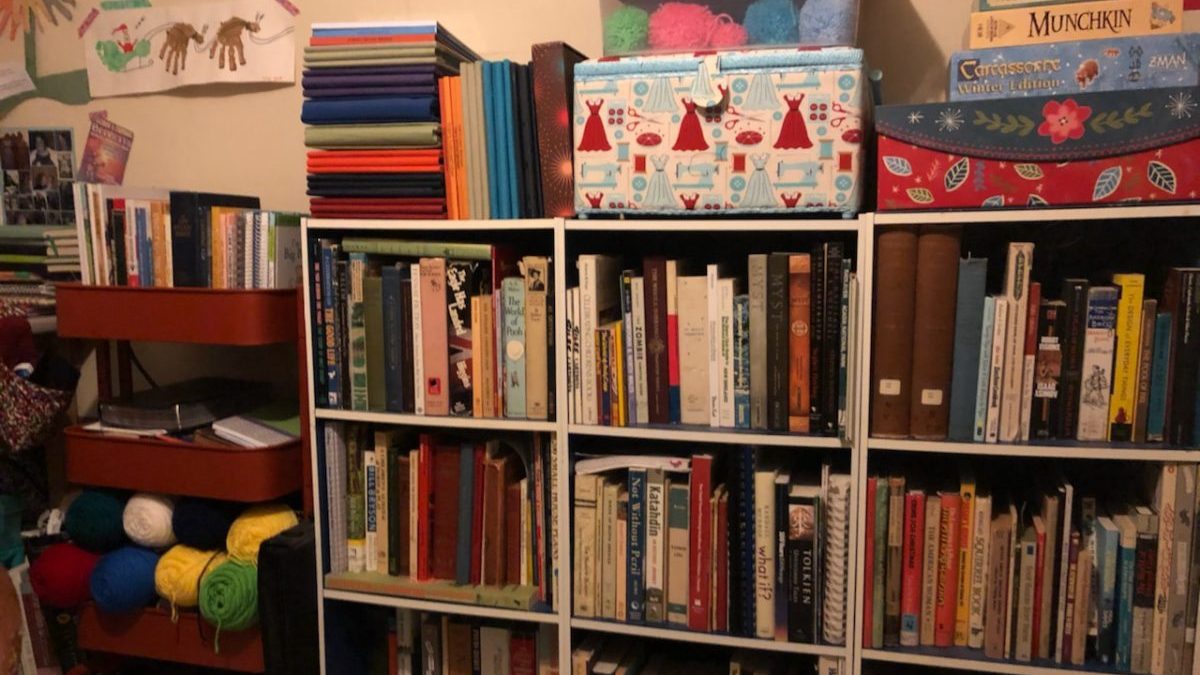 To Buy or to Borrow: The Reader’s Dilemma

Mars Month: ‘The Big Book of Mars’ by Marc Hartzman

Do Not Mess With Grandmothers: Erin M. Evans Geeks Out