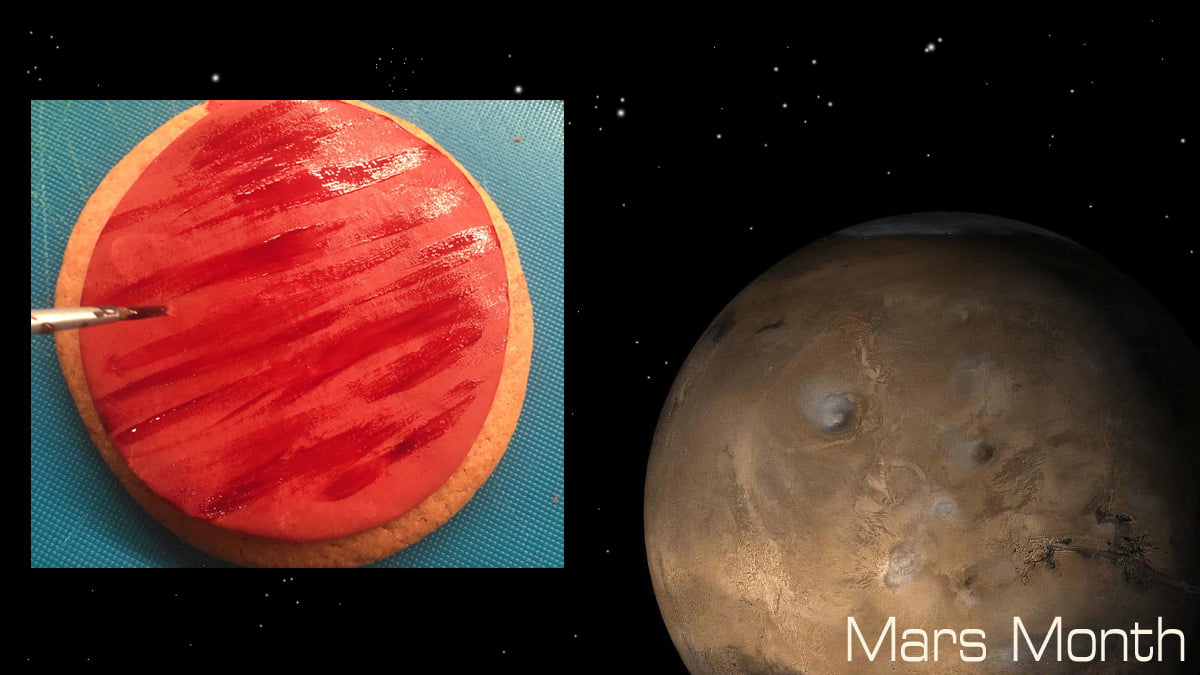 Throughout July, GeekMom is preparing for the planned launch of the Perseverance rover on July 30th with Mars Month, a month filled with Mars-themed content. Be sure to follow the Mars Month tag to find all of this month’s content so far in one place. Today I will be sharing a recipe for Mars cookies, offering suggestions for a full launch day menu, and sharing the best places to watch the launch.

With just three days to go until the first launch window opens, it’s time to get ready to send Perseverence off on its seven-month-long journey to the Red Planet. Remember that as with all space launches, lift-off is always dependant on a huge number of factors and the launch can be called off at almost any time, including just minutes before it is scheduled to depart. This can be frustrating, especially for younger kids, so prepare them in advance that the launch might not happen as planned.

Prior to the launch itself, there will be a number of other live streams available to watch. A schedule of these is available on the Mars 2020 website and this also includes links to archived recordings of previous streams from earlier in the year.

The launch itself will be broadcast live on NASA TV which you can watch on a number of platforms. Most easily accessible are:

If you subscribe to some services including Hulu, Roku, and DirectTV, you can also watch through these – a full list is available on the official NASA website.

Finally, the launch should be available to live stream on NASA’s social media channels including:

If you are planning to travel to see the launch in person, please remember to adhere to all local restrictions, including social distancing rules, to keep everyone safe.

Top of my list for launch day snacks are these Mars Cookies I baked recently. They’re super simple to make and easy for kids to decorate. The recipe I used can be found on the Be-Ro website (scroll down to Animal Biscuits near the end of the document), but feel free to use your own favorite sugar cookie recipe. Add a splash of red food coloring when mixing for that extra Martian touch.

I decorated my cookies in a few different ways but started each one by rolling out and cutting a circle from red fondant icing. I used the same cutter I used to cut the dough for the cookies themselves – the heat spreads the cookies while they bake so your fondant circles should be just fractionally smaller.

Option one is the simplest, simply cut out your red fondant, pop it onto your cookies and that’s it! You can squash it down a little with your fingers for texture but if you’re short on time, these will still impress.

Option two is one of my favorites. Clean off a toy car with moving wheels and run it across your fondant to leave tire tracks behind, just like the rovers do in the real Martian dirt. I also added some small edible rocks from the home baking aisle for extra Mars terrain feel.

Option three was by far the tastiest. Mix cinnamon and ground ginger to form some rust-colored dust, then use a food-safe paintbrush to brush it across your fondant to replicate the Martian dust that covers the planet’s surface. You could also combine this with option two but if you do, roll your vehicle across after adding the dust so you don’t cover up your tracks like a kitchen-based Martian dust devil!

Option four was another favorite. Using a paintbrush and liquid/gel food coloring, dip the brush into the dye then paint it back and forth in one direction across your fondant to replicate the appearance of Mars as seen in the sky. For extra authenticity, brush some powdered sugar onto the top and bottom to show the poles.

For a full Mars Menu, why not create a buffet including some of the following:

We’d love to see your launch day celebrations and encourage you to share them in the GeekMom Talk Facebook group.

After the Halloween Haul: What To Do With All That Candy?

Girly and Geeky, All at the Same Time!