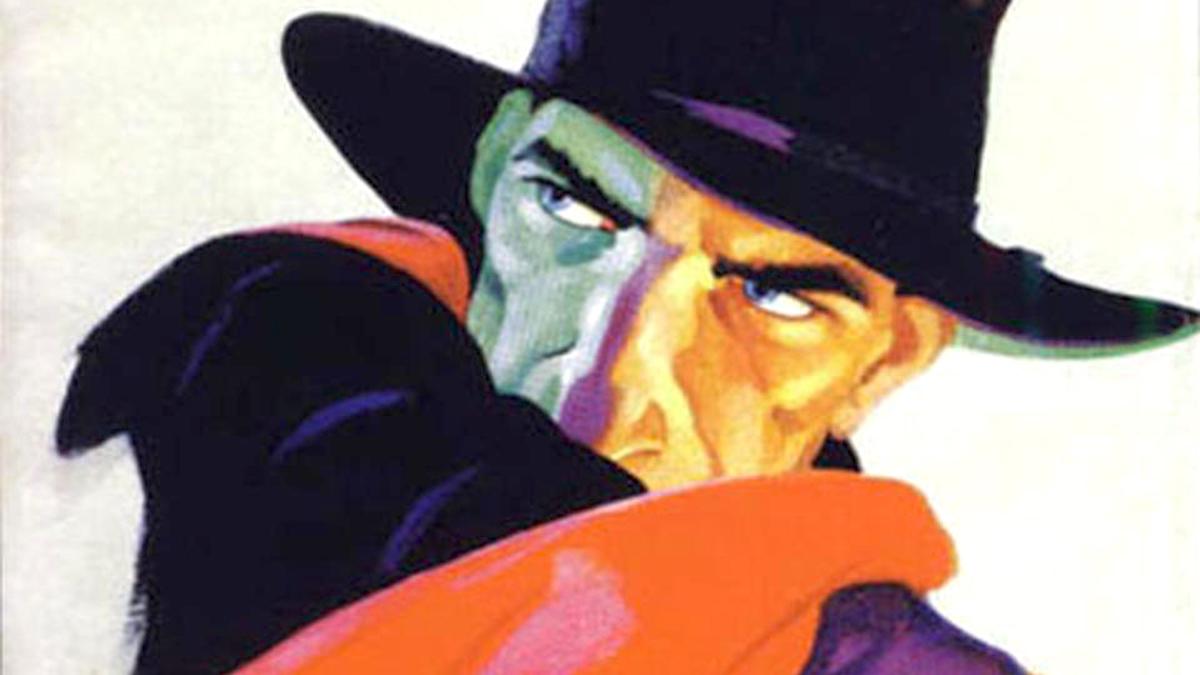 The Shadow may be lurking on the big screen again someday.

I loved The Shadow since I was a third-grader and first checked out a vinyl record from my elementary school library with many of the old original radio dramas.

I listened to them over and over as I was doing homework, as I was falling asleep at night, and just when I wanted to hear something eerie and cool as Lamont Cranston and his mysteries slunk their way through my imagination. I checked the album out so many times the librarian imposed little “moratoriums” on me so other kids could get a chance to listen to it.

Growing up, I never forgot “who knows what evil lurks in the hearts of men.” As Batman was my “gateway drug” into all things geeky, The Shadow, created in the early 1930s by Walter B. Gibson, was my doorway into pulp, mystery, thriller, and noir books, and I am forever hooked to this day. I have thoroughly enjoyed the recent revival of him in the Dynamite Comics series, and I have loved seeing more fanart and cosplay emerge online.

It was announced in a Forbes article that bestselling author James Patterson would be reviving The Shadow with some new original novels and “potential adaptations for the screen.”

I am looking forward to the books, even though I don’t think I have read anything else by Patterson. I hope he does Cranston right. What really piqued my interest was the potential screen adaptations. Back in 1994, I was excited to finally see the first big-screen adaptation of him since the old serials in the 1940s, which I had never gotten to see. Sadly, I didn’t like it at all. Possibly because I felt the casting was terrible. I don’t have any real opinion about actor Alec Baldwin in other things, but he certainly wasn’t Lamont Cranston in my mind.

I’ve had plenty of time… and made plenty of changes… as to who I think would best fit the main characters of The Shadow, particularly Lamont Cranston himself. Since there could be a movie again someday—hopefully, sooner than later—I am offering my services in creating a hypothetical cast to make sure this one is done right (or at least right for me).

Let’s start with the title role: 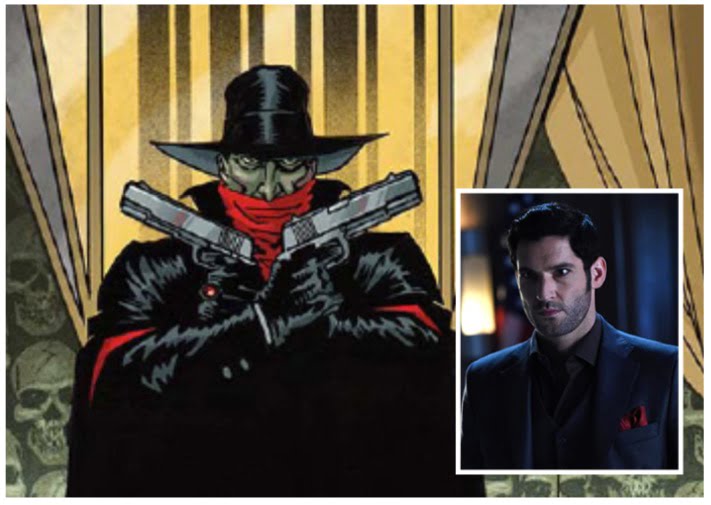 When casting for a classic 1930s-era pulp hero who is still recognizable today, you have to start with this character’s very distinct features. Lamont Cranston has a very angular profile. So does Lucifer star Tom Ellis, but there are plenty of actors who have a similar look, so it has to go beyond just a profile. Lamont Cranston has to be able to blend in with high society and look comfortable in a fitted tux. Ellis can do that. Cranston has to be able to handle himself in a fight. Ellis can do that. Finally, Cranston has to be able to fill up a screen with his presence, but also be able to disappear into the dark, making audiences want to know what will happen next. Ellis already has a cult following among television viewers as a memorably dark character. The Shadow could give him the ideal leading role on the big screen as well. 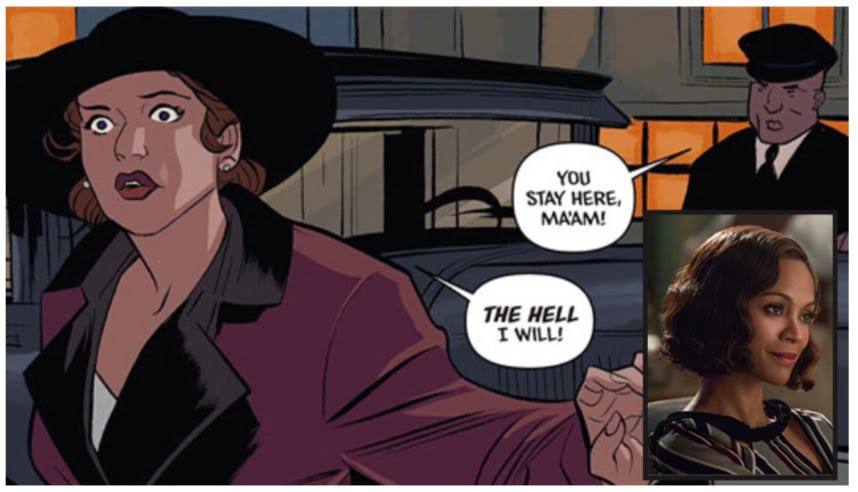 There have been different origin stories to Lane (one story even indicated she might be related to Lois Lane), depending on which Shadow story you read or hear, but she is always tough, always smart, and always resourceful. Plus, she doesn’t give a rat’s behind what anyone thinks of her or her. Not only is Lane The Shadow’s first female agent (in some stories), she is Cranston’s closest companion. She is strong enough character to have her own spin-off story but is also a perfect partner for The Shadow. Saldana is a sentimental pick for me since Gamora is one of my favorites in the Marvel Universe. She has a way about her that would make her both a formidable warrior and spy and still be able to blend in with high society (something often required in Cranston’s world).

The Shadow has to have his longtime foe in order to be a solid film, and that would be “The Golden Master.” Khan is incredibly powerful in the mystic arts, from telepathy to invisibility. Some stories claim he is the last living descendent of Genghis Khan. Golding may be a good romantic lead (Crazy, Rich Asians), but he also plays a good baddie, as in The Gentlemen. Plus, Golding is getting ready to star in the G.I. Joe Snake Eyes movie, so he is about to be a big leading hero. This means he will have some pretty significant action training under his belt. 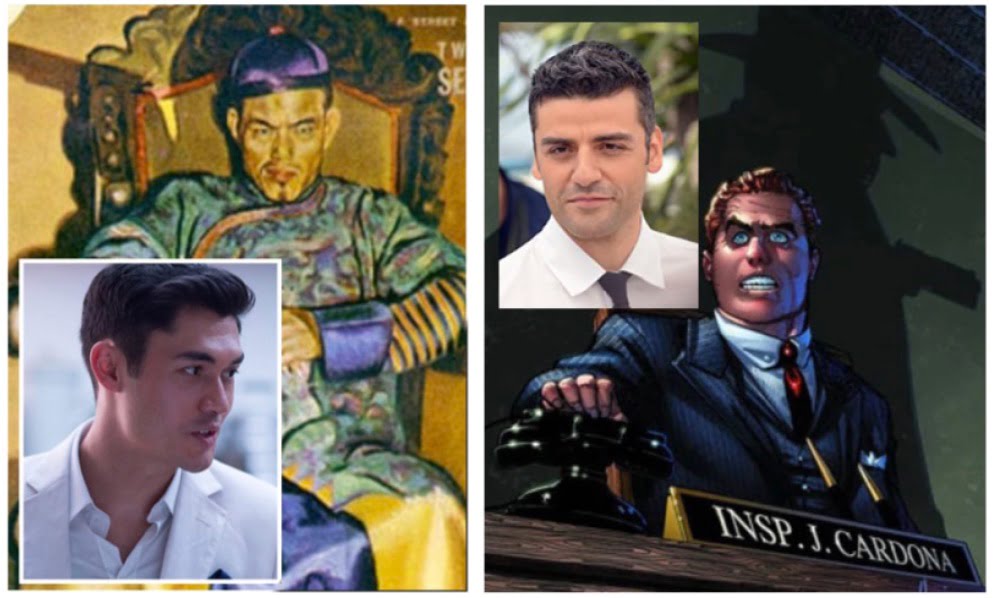 Every “costumed hero” needs a hardworking, honest, and savvy cop on his side, and NYPD officer Joe Cardona is The Shadow’s version of Commissioner Gordon. Oscar Isaac is good with straightforward delivery that hints at sarcasm, but doesn’t take garbage off of anyone. Cardona’s character needs to be more than just the stereotypical reluctant “New York cop” but a fully developed crime fighter in his own right. Isaac can be the guy to bring him to life.

I thought Topher Grace was miscast as Eddie Brock (Venom) in Sam Raimi’s Spider-Man 3, so much so I actually feel bad for him. However, he’s old enough now to do a better job as an investigative crime reporter (and one of The Shadow’s agents) just trying to do the right thing.

Finally, we need a surprise character cameo, one that Shadow buffs will enjoy, but new fans will like enough to do some research:

Seven years ago, I did an experiment in casting with Ninth Doctor portrayer Christopher Eccleston in some roles I would love to see him take on. One of those was Lamont Cranston. Today at 56 he might be just a little out of the age range for Cranston, but that doesn’t mean he can’t make an appearance as alter ego of The Shadow from the pulp magazines. Allard was a world-class aviator (The Black Eagle) who was lost in a plane crash… or so people thought. It turns out, this mysterious Shadow was actually him, and he sometimes impersonated a fellow world-traveler named… Lamont Cranston. Wouldn’t it be cool to see him show up in an after-the-credits scene claiming his name is Cranston? I might be overthinking this, but what cool set up for a sequel!

I realize a new movie may be a while off, but just the idea of it finally coming to fruition is the encouraging news this longtime Shadow fan needed to hear this year.

I don’t know now exactly when we’ll be seeing Lamont and Margo emerge from the darkness for a new silver screen feature, but I am certain of one thing: “The Shadow knows.” 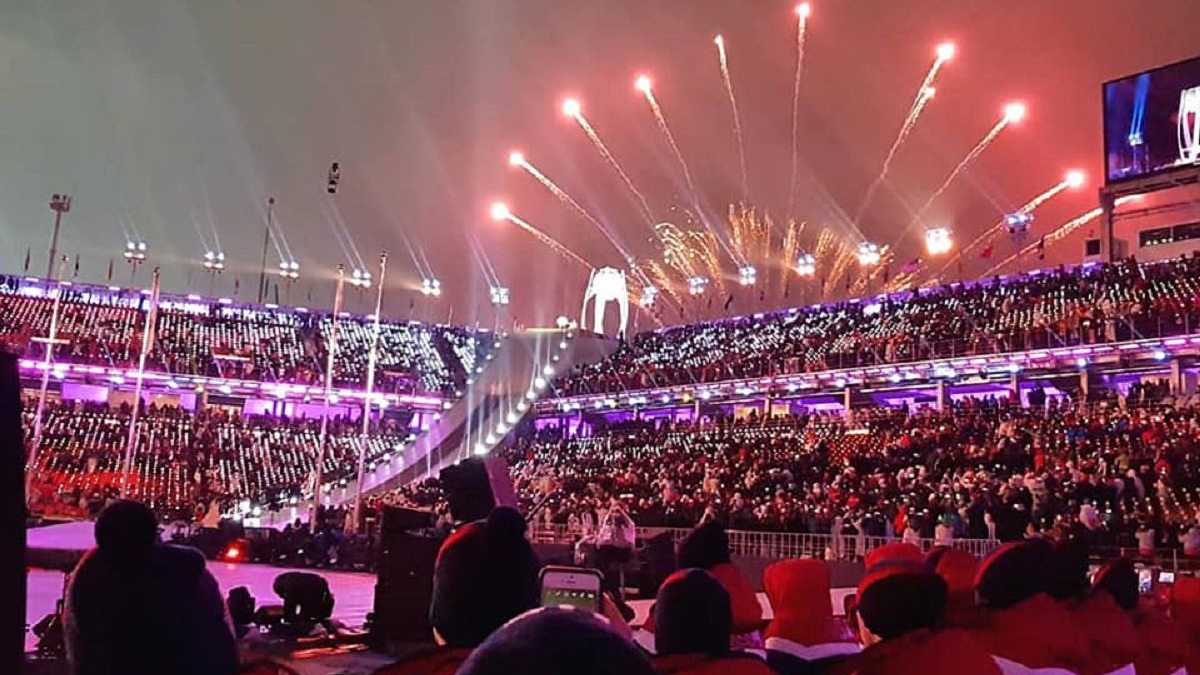 Into the Woods’ All-Star Cast Makes It Worth the Journey 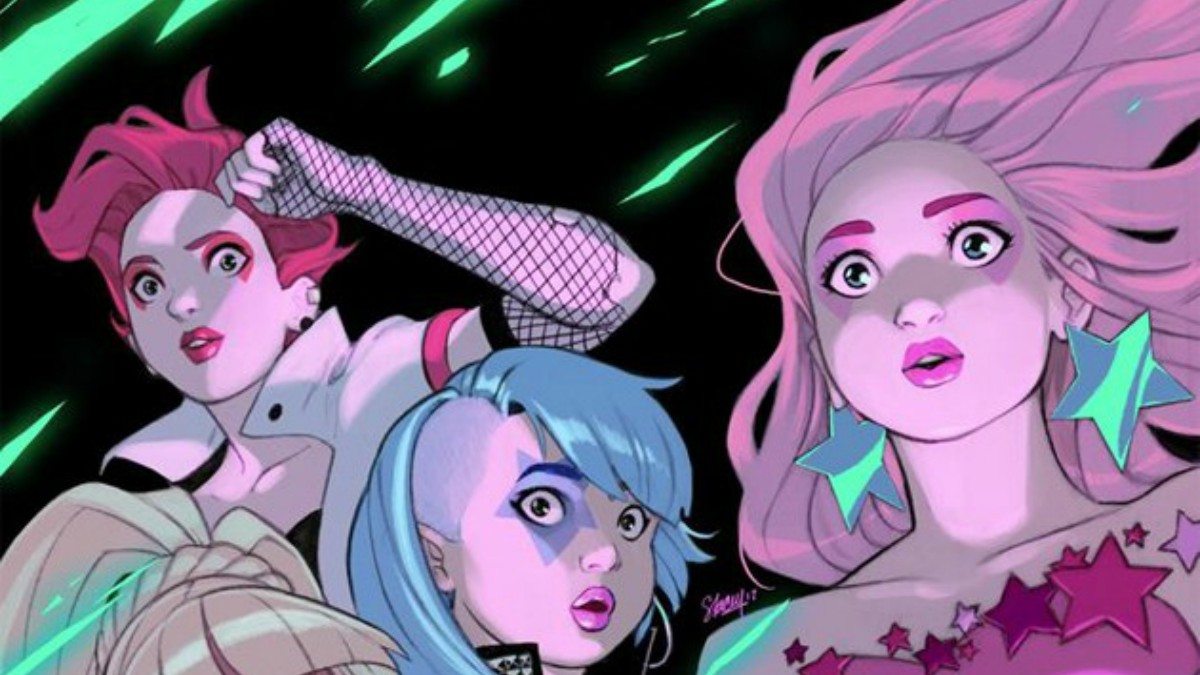 Dystopia in Pink: ‘Jem and the Holograms: Infinite’ Review